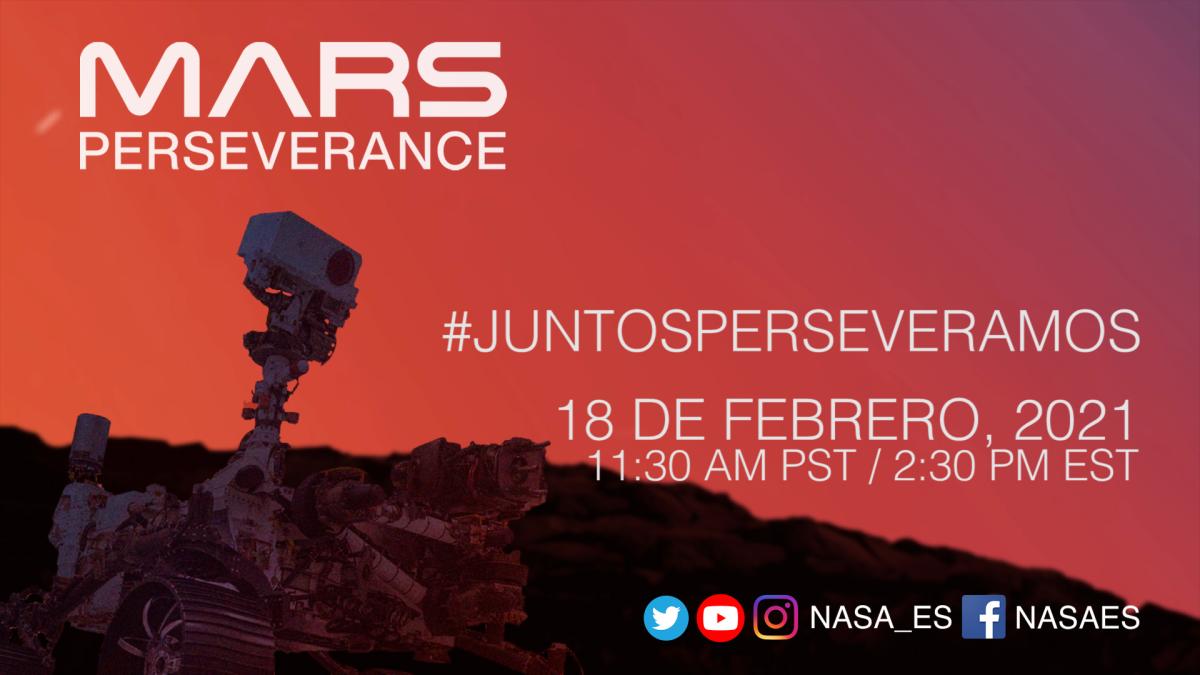 For the first time, NASA will broadcast the Perseverance landing on Mars live in Spanish

NASA goes a bit more international. For the first time in history, a planetary landing will be broadcast live in Spanish.

The NASA It is a North American government agency, but at the same time its missions are followed around the world, due to its pioneering nature. And many of its workers come from a large number of countries, including a notable group of Hispanics.

That is why NASA has decided “honor Hispanic professionals at NASA“, as indicated the press release, through the live broadcast in Spanish of the landing of the Perserverance rover on Mars, next week.

The 18th of February, at 2:30 p.m. EST (8:30 p.m. Spanish time) NASA will broadcast on their website and on its Spanish channels of Twitter, Facebook Y YouTube the program Together we persevere, which will provide viewers with a detailed look at the Mars 2020 Perseverance mission and highlight the role that Hispanic professionals at NASA have played in it.

We thought we were the first terrestrial to set foot on the Moon, but dinosaurs could have done so millions of years earlier. No, it is not science fiction. It’s science …

“I am very proud of NASA’s efforts to better share the excitement of the Perseverance rover landing with the nearly 500 million Spanish speakers around the world.“explains Bhayva Lal, acting NASA chief of staff.”It is NASA’s first Spanish-language program for a historic landing on another planet and will showcase the diversity of the NASA team after Mars 2020. Perseverance and diversity are essential for NASA to successfully carry out ambitious missions such as the landing Next week’s perseverance“.

Together we persevere will be presented by Hispanic engineer Diana Trujillo, who has participated in the development of the Perseverance robot.

The television program will include a prerecorded section with interviews with Hispanic NASA scientists, engineers and astronauts. There will also be a children’s segment in collaboration with Sésamo. Students and Hispanic figures from the worlds of entertainment, journalism and politics will send messages of support.

further the landing will be broadcast live. Engineer DianaTrujillo will provide a live English-to-Spanish translation and commentary during Perseverance’s entry, descent and landing phase on Mars.

The Perservance rover will land on Mars on February 18 at 9:55 p.m. Spanish time. His main mission will be to search for life on Mars, but he will also try something never seen before: deploying a helicopter that for the first time will fly over the Martian surface:

These days there is a real jam on Mars: the probes from China and Saudi Arabia have just arrived on the red planet, and next week Perseverance will do so, which will be the only one to land on Mars.