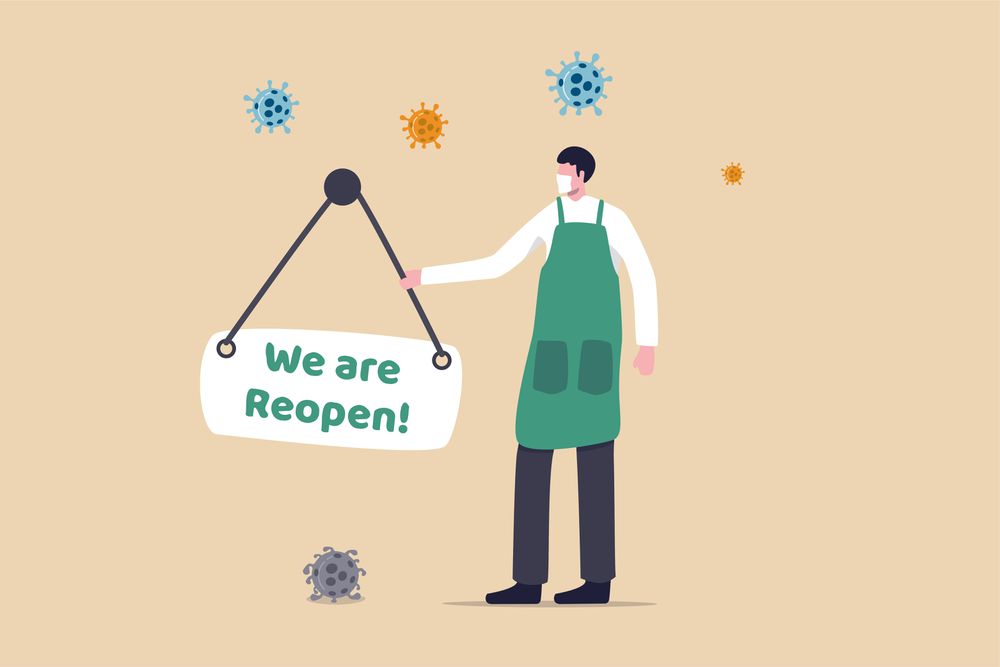 The pandemic has been a huge contrast test for the productive fabric of the Spanish economy, revealing many of its weaknesses. Issues such as excessive dependence on the tourism sector or the lack of decisive innovation and industrialization policies were by no means unknown before March 2020, but Covid-19 has put them even more in focus.

The good news is that businessmen and political leaders have become fully aware of the importance of digitization to get ahead. It is time to delve into this path, betting on innovation to gain competitiveness. And European recovery funds can provide enormous financial muscle.

The fourth session of ‘A country for’, the El País series that, in collaboration with Telefónica, analyzes the challenges of Spanish society in the context of recovery after Covid-19, focused on the transformation of the productive fabric. The moment of crisis is, paradoxically, a great opportunity, but taking advantage of it requires an accurate diagnosis of the situation. That’s what ‘A country to transform’ focused on.

At what point are we? If we talk about companies, for David del Val, Director of Strategic Innovation at Telefónica, it does not make sense to raise a dilemma between the urgent – the income statement, in many cases in a very complicated situation – and the important thing, betting on digitization and the innovation. “In a world of constant change, the most important thing is transformation. What could be more urgent than investing in your competitiveness? ”He asked.

One of the lessons learned from this pandemic, Del Val explained, is that “the most technified companies have performed better.” Hence, there is now a better disposition of managers to digitization and innovation; “In addition, many times the problem is something as simple as the fear of change, and it has been greatly mitigated because last spring all companies had to change many things, and in general they did not do badly.

But the change in mindset and disposition of the private sector towards digitization may remain mere intentions without the necessary funding. That is why in ‘A country to transform’ there was a lot of talk about the European Recovery Funds, the bazooka of 750,000 million euros, between loans and non-refundable aid, with which the European Union has reacted to the crisis. These European funds have to be used in two main areas: environmental sustainability and digitization. And although the session focused on modernization, both aspects are closely related. “The digital transformation is basically a change in the way of working and of attitudes; that is why it is key that sustainability aspects are taken into account in the investment process ”, said Rebeca Minguela, founder and CEO of Clarity AI, a ‘startup’ that through ‘big data’ and algorithms calculates the social impact of investments and organizations.

For Xavier Ferrás, professor of Operations, Innovation and Data Sciences at the ESADE Business School, Spain is not alone in the face of a great opportunity; it is also the last. “The world is entering a very high intensity technological competition, and Europe because it is lagging behind. There is a race between the United States and the United States and China, and in it any European company is insignificant. That is why the EU, very intelligently, has reacted with these huge funds. It is not about generosity, but about being able to compete at the level of the United States and China, ”said the expert.

Geopolitics also plays its role here, explained Ferrás. Faced with the Chinese model, “which is creating a Big Data State”, and the United States, “which generates many inequalities”, the Industry 4.0 model has emerged in Europe, “and that is where Spain should go, especially if it is energy clean ”, he considered. The creation of clusters in areas such as microelectronics, synthetic biology or advanced robotics “generates positive externalities throughout the economic fabric and healthy and stable employment, which is why it is a key element for the future of the Welfare State”, explained the professor, convinced that “today’s R&D policies will sustain the Welfare State of tomorrow. That is why politicians have to be aware of the change in social perception and activate these investments, even if they do not give them votes in the short term “

The opportunity to advance on that path is “spectacular”, summarized Del Val, but where to start? In his opinion, the first step would be to invest in technological infrastructures, such as the deployment of the 5G network and ‘edge computing’, that is, the IT infrastructure that allows data to be processed closer to where it is produced, without resorting to computing in the cloud or to a data center, which improves response times and increases bandwidth availability.

These infrastructures, argued Del Val, are “the basic ones to develop everything else, such as tele-education, telehealth and of course, the digitization of SMEs. Furthermore, they would have a huge effect on the competitiveness of European industry ”. Maybe it’s too late? “Of course we can be an industrial power. We are not in time to create a social network that competes with Facebook, ”said the manager. “But it is about finding real solutions to real problems in the industry.”

Increase your productivity wherever you go with this Acer Chromebook for 296 euros: it weighs 1.5 kilos and has 12 hours of autonomy!

Holograms at Webex Meetings: Cisco CEO Says They Work to Use 3D Images in Their Video Calling Platform