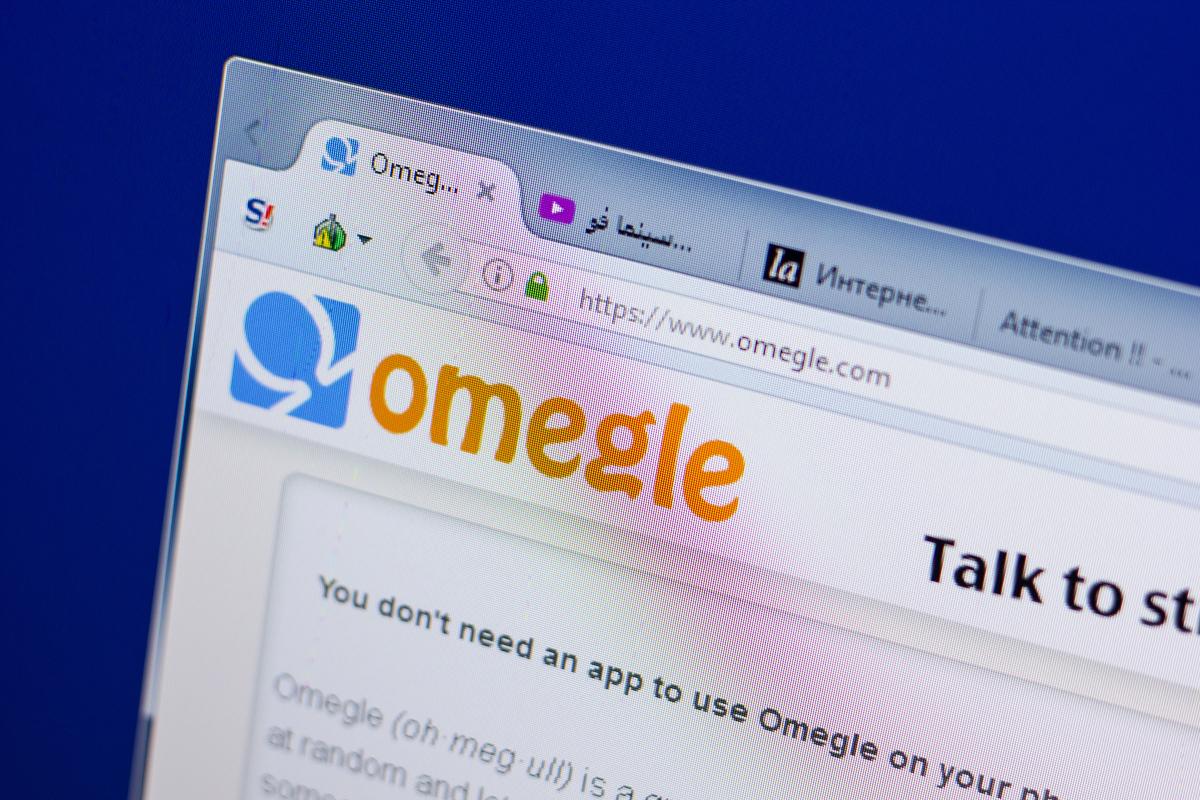 Omegle: what is and how does one of the most dangerous social networks work that you should avoid

Social networks are not only limited to Facebook, Instagram or Twitter. Beyond the most popular platforms that we all know, there are countless alternatives that aim to connect people in different ways.

While the most popular social networks have more or less strict terms and conditions that promote appropriate practices and good behavior, there are other platforms whose filters are much more lax and that it is not convenient to use.

One of them is Omegle. It is possible that it does not sound like anything to you or that you have heard his name recently, but despite this it is not something new. On the contrary, this social network was born in 2009, and in recent months it has regained prominence and has recorded a significant increase in the number of users who use it.

If you want to know what is omegle and how it worksPay attention because we are going to tell you everything you wonder about this platform, and we also explain why it is one of the most dangerous social networks that you should avoid.

Everything you need to know about Omegle

If you already have gray hair and have been using the internet for many years, surely you already know what Omegle is. Is about an anonymous chat website that connects strangers, either through text conversations or via video chat.

To know the beginnings of Omegle we have to go back to 2009. It was then that Leif K-Brooks, an 18-year-old from Vermont (United States) who was studying his last year of high school, launched a web chat service that powerfully caught the attention of users. Initially, it was a completely anonymous service that did not require registration to be used, and its premise consisted of putting two unknown people in contact to chat randomly. No one knew the identity of the caller, a feature that was extremely attractive to many users.

A few days after Omegle launched, its young founder wrote on the blog of the service to thank the great reception it was having, which at that time had registered more than 1,800 users online. K-Brooks did not imagine that less than a month later it would get about 150,000 page views a day, and that experts would compare the success of its service to that of AOL in the early 1990s in the United States.

The excitement of getting in touch with strangers became a trend, and inspired by this concept, Chatroulette was born a few months later. In November 2009, Andrew Ternovskiy launched a video chat service that randomly put two strangers in contact, in view of their good reception. Omegle introduced this functionality in 2010.

Menéame is a community focused on current news, stories and curiosities that users themselves publish, for others to vote on and upload to the front page. Let’s see how it came about, and what are the reasons for its success.

The social network has been adding various functionalities over the years and has survived to this day. At present it can only be accessed through the web, since its applications for iOS and Android were banned last year in Google Play and App Store for inappropriate behavior towards minors.

This is how this dangerous social network works

And how does Omegle work? Why is it known as one of the most dangerous social networks?

The anonymity of users is one of the great dangers of Omegle. To use the platform, it is not necessary to register or provide any information, which leaves room for abuse to occur, since it is not possible to identify the people who use it.

The social network is sold as “a great way to meet new friends, even while practicing social distancing”. When accessing to the portal You have the possibility to choose how you want to use Omegle. You can choose the text or video chat mode, previously selecting the language in which you want to communicate, and if you want you can add your interests by writing it in the corresponding field. Once you have chosen an option, the system puts you in contact with a random person, either through text chat or video chat. Everything is anonymous and it is recommended not to give personal data to anyone.

These two alternatives are governed by Omegle’s terms and conditions, which do not allow the use of the platform to minors under 13 years of age, and requires that minors under 18 have permission from their parents or guardians to accessr. However, since it can be used without registration, there is no way to verify the age of the participants. Video chat is supposed to be moderate, but the service remembers that “moderation is not perfect and you may find people who have bad behavior”.

Apart from the options described above, users can also choose spy mode of text chat, where you can ask a question to two strangers or discuss a question with another stranger. Another separate section is the college student text chat, especially designed to connect students.

In the case of video chat, there is also the mode of section without moderator, which as its name suggests has no supervision. Before accessing, a message warns the user that the content is not moderated and that it is possible to find sexual behavior. They are only supposed to be over 18 years old, but there is no way to check age and it can be accessed with just a click.

By last, Omegle also has an adult video chat section, where users are warned that they will encounter sexual material. Once again, the entrance is reserved for people over 18 years old, but no type of verification is carried out.

If you are concerned about the security of your Zoom meetings, here are some tips and tricks to make your video calls safer and avoid problems.

The resurgence of Omegle

Omegle’s popularity has exploded in recent months. If we take a look a Google Trends, between December 2020 and January 2021 is the time when there has been the highest peak of searches on Google in the last five years. If you look at the searches made from Spain, It was in confinement that Omegle aroused the most interest, and in December it also experienced a rebound.

In view of these figures, it seems clear that the mobility restrictions due to the pandemic have influenced the relaunch of the platform, since many people have sought in it to experience the emotion of contacting unknown and anonymous people on video, as in a bar or a disco.

Also, as explained in Friendly Screens, youtubers have also contributed to its relaunch. Omegle and Chatroulette have become an easy resource for making viral videos, which has led many users to imitate and use these platforms.

The dangers of Omegle

Omegle is dangerous for minors or very young users. Adults can choose to use this platform to meet new people through text chat or video call, but the service poses a great risk for young people.

As we said before, to use the social network it is not necessary to register and at no time is any type of verification of the age or identity of the users carried out. This makes Omegle the perfect breeding ground for perpetrating all kinds of abuses, and cases of grooming or cyberbullying and sextortion occur very frequently.

A team of security researchers has detected a new sextortion scam in which the attackers pretend to have hacked the victim’s email in order to collect a ransom.

If you are of legal age and this service to meet people calls your attention, tYou have to be careful with the information you reveal, since your data can be used maliciously. Also, some Security analysis affirm that Omegle’s security is questionable and a hacker could access, trace and spy on the conversations.

In case you make use of video chat, it is important that you are aware that the other person may be recording the session and using the video without your consent.

These are the best Xiaomi smartwatches you can buy

Valentine: how love works according to science