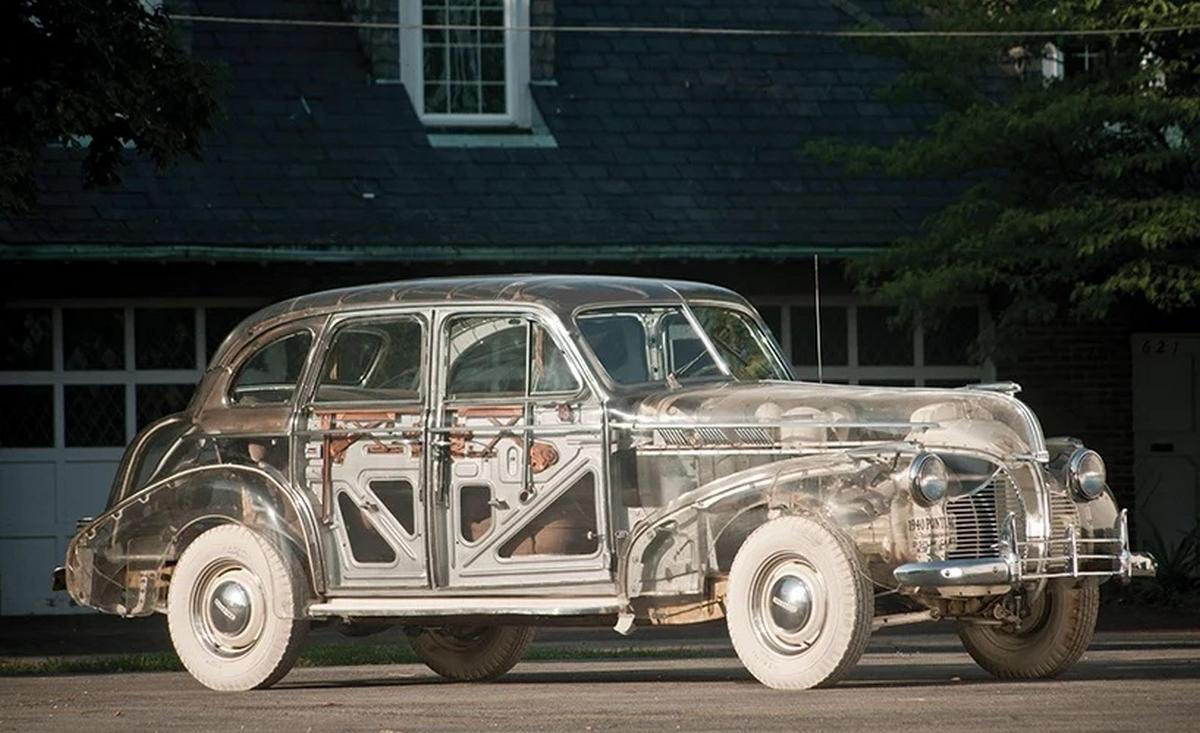 The curious history of the Pontiac Phantom, the only transparent car

It was completely insane, and that’s why it was never put up for sale. The Pontiac Ghost Car, the first transparent car, was unveiled in 1939. It served to introduce a new material to the public: Plexiglas.

Car shows are the ideal place, perhaps the only possible place to present extravagant models of vehicles. Transports that would never receive permission to circulate. It is the case of Pontiac Ghost Car, the Pontiac Ghost, the first transparent car Made in the USA.

Appeared in 1939 at the New York World’s Fair. A second model was built a year later for a San Francisco show, but only one of them has been traced. The other must be in some private collection.

Pontiac was a popular brand for General Motors, which kept it from 1926 to 2010. To make the Pontiac Ghost Car, which was based on the Pontiac Deluxe Six model, sought the collaboration of Rohm & Haas, the company that had invented just three years earlier the plexiglass, a clear plastic which is still used today.

It was a win-win collaboration: Pontiac got a unique and spectacular vehicle to show at trade shows, and Rohm & Haas promoted its Plexiglass, which was still little known.

To create this Pontiac Ghost Car They didn’t just swap the body metal for clear plastic. As seen in the photos, all the pieces, although they are the same as the street model, have been personalized.

The metal parts are chromed, and the rubber and soft materials are white..

The result is a fully functional sedan (doors and hood opened and closed). but what could not drive on the road due to the weakness of his body.

These two Pontiac Ghost Cars were exhibited for years at trade shows and brand dealerships. As we have commented, one of them lost track, but the 2019 model was auctioned in 2011, where it reached a sales figure of $ 308,000.

The Pontiac Ghost Car It had a six-cylinder L-engine, and three manual gears. It could exceed 100 km / h, and at the time of the auction it had only driven 86 miles.