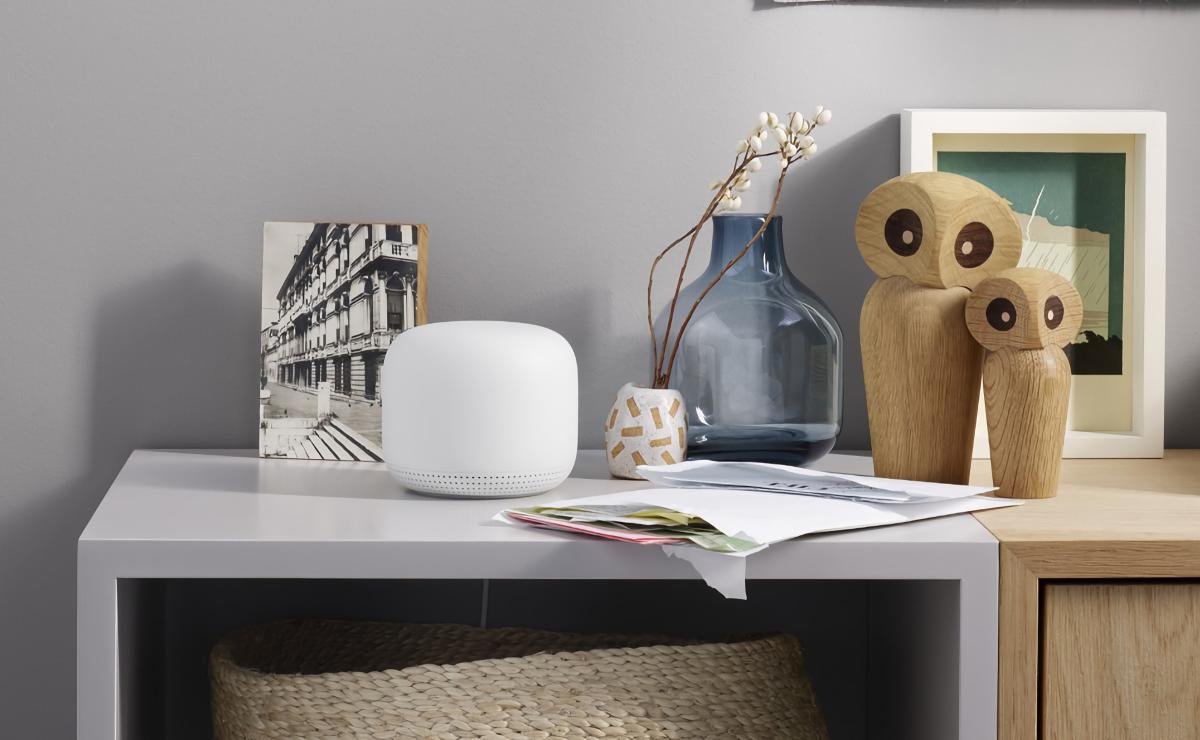 If you are in a situation where the speed of the WiFi that reaches a room in your house is desperate, even though you are paying for a fast connection, it is time to consider changing or adding a new router to improve the internet speed and its coverage. But it is not always so easy due to the size of your house or where is the router that the operator installed. So mesh routers are increasingly common.

These mesh or mesh routers, they are the most effective solution and in the long run cheap so you don’t have to move anything, just install one or two new routers in your house, at different points, and so once and for all fix the coverage and speed to enjoy the internet.

Mesh routers are usually smaller than traditional routers, also more beautiful and without large antennas because they are designed so that they do not stand out too much among your possessions.

Its function is simple. The WiFi connection is bounced under the same network with the same name so that your mobile, tablet, PC or any device will intelligently change devices without you having to do anything.

The only thing you will need is to connect the first mesh router close to the current router via network cable to have the best speed. Then connect another mesh router to the power grid at an intermediate point, between the first router and the room with the worst coverage, so that the connection bounces.

These are some of the best mesh or mesh routers you can get right now. Although they are more expensive than a traditional router, it will be fixing all your internet problems once and for all.

Huawei WiFi Q2 Pro is one of the smartest solutions to your WiFi problems with a mesh system that actually combines two technologies: PLC and WiFi Mesh. This Huawei mesh system is also quite economical because it only costs 89 euros in your online store and has free shipping.

It consists of a main router that you connect to the power grid and your old router. Another smaller satellite, but they work with PLC. The main one emits WiFi, but also because of the installation of the electrical network that the satellite recovers to in turn emit WiFi again.

This WiFi Mesh router supports up to 15 satellites. It has an application from which you will control all aspects of your WiFi network.

Instead of picking up the WiFi from the base or using a network cable that is sometimes impossible to carry to certain points in your house, use an existing cable installation, that of electricity.

Its installation is very simple, it can be done from its mobile application and the satellite will find the configuration so that you do not have to do anything.

Google also has a solution to improve your WiFi network and it’s called Google Nest WiFi. The pack of 2 routers is the cheapest and It costs 258 euros in PcComponentes. It also has totally free shipping.

The main advantage of Nest WiFi is the full integration with other Google products. In addition, its configuration is very simple from the Google Home application.

Google Dual Band Wireless Router. Covers up to 120 square meters per router and is compatible with mesh networks.

Improve WiFi coverage without complications and you can control everything with your voice thanks to the Google assistant. It supports up to 200 devices on the same network, perfect for a home automation.

Its strong point is the simplicity of its application with full control of WiFi, including parental controls to stop connecting to certain devices. Although the starter pack has two devices, you can add more to create a bigger and stronger network.

Amazon’s mesh WiFi system is called Eero. Initially you can buy a single router and use it to improve your WiFi somewhat, but the pack of 3 routers is a much better deal. 3 mesh routers for only 195 euros.

With these 3 wireless routers you will improve internet connectivity in your home with a stable coverage of up to 460 m2. The configuration is very simple from your mobile application and when installing the new points they will be automatically detected and configured with the same network name and password.

This ultra-compact WiFi router is compatible with WiFi AC and also with mesh networks if you have more than one. It can cover an area of ​​up to 140 m2.

With these Eero WiFi points you can continue using your WiFi as normal, such as downloading, playing 4K video or using social networks throughout your home with a speed of up to 350 Mbps.

Its strong point is the system that intelligently redirects internet traffic to avoid congestion.

One of the cheapest solutions in mesh routers is New Tent Mw3 Mesh. The technology is identical to that of the rest of the products, but its price is radically lower, only costs 52.99 euros with free shipping.

This 2-router solution covers up to 170 m² using the technique of placing the second router in the middle. But they have a version with 3 routers covering up to 300 m2. You can create a combination of up to 5 points to cover 500 m².

This pack of two routers with Mesh WiFi has a fairly low price and can solve your connection problems. Also, you can add more nodes if you want.

It has no mystery, you just have to connect it to the electrical network and the main router to start using it. It has a mobile application to manage elements such as the name of the network, password and other parameters.

Another cheap solution to improve your wireless internet connection at home is this pack of mesh routers TP-Link AC1200 Deco M4. You can find it on Amazon for less than 100 euros And shipping is free.

The configuration is simple and its design is more striking in the form of a tower. But they have two 1 Gigabit Ethernet ports, so with this pack of mesh routers they get much higher speeds.

This router system with WiFi Mesh will allow you to create a WiFi network that reaches every corner of your home without any interruption.

Its two devices cover up to 260 m² and its configuration is simple from the application, which gives you access to control a network for guests, parental controls and also works with Alexa.

This pair of routers covers up to 200 m² of your home in an “L” shape, very long or with several floors.

Mesh router system to get coverage of the best internet connection throughout your home, as well as being compatible with the new WiFi 6.

Available for 224.99 euros on Amazon And if you have a new mobile, tablet or laptop that is compatible with WiFi 6, it is undoubtedly the best option, although it is more expensive, but you cover yourself in the future so you do not have to update your routers in many years.

The main router has 4 Ethernet ports and the satellite has 2, one in case you have a network cable nearby to give you the best internet connection and another to connect another device, such as a PC.