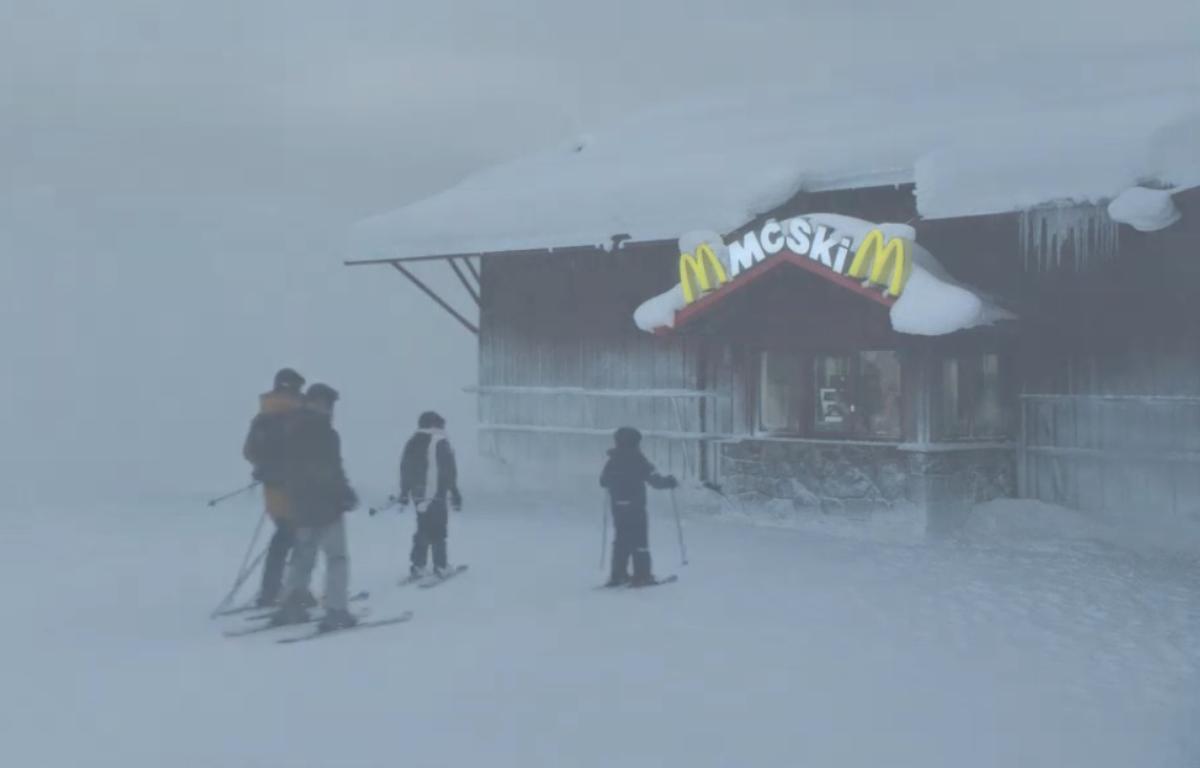 McSki, the only McDonald’s in the world that can only be reached by skiing

At the top of a mountain, surrounded by snow, an untamed McDonald’s restaurant delivers orders through a window fitted out so you don’t have to get off your skis.

It seems crazy. Who could build a restaurant on top of a snowy peak? Is named McSki, And it is the only McDonald’s in the world that can only be reached by skiing.

You may have the feeling that a restaurant in such an inhospitable place cannot be successful. But it is quite the opposite. In the winter months it is precisely when more people come, and the proof is that it has stood for 25 years, having been built in 1996.

McSki It is a wooden cabin built on top of a mountain, next to a ski resort, in Lindvallen (Sweden), about 450 kilometers northwest of Stockholm. You can see it in this video:

McSki has conditioned a drive-thru Similar to the cars in conventional McDonald’s, which allow you to park next to a window so you can get food without getting out of the car.

The difference is that here instead of cars, skiers park, which can order and take your food without getting off your skis.

Vehicles cannot get here, being located on top of a mountain. But as there is a ski resort very close, skiers queue to regain strength after a hard day in the snow.

Unisex heated jacket that offers three levels of heat: 25, 35 or 45 ° C. It works by connecting a power bank via USB. It is available in a wide variety of sizes and in two colors (black and red).

Despite its appearance of a mountain refuge, it is a fairly large place, with capacity for 140 seats, where skiers take shelter to eat something and warm up.

With more than 35,000 restaurants around the world, some of them as quirky as the one inside a plane or train, McDonalds even has a restaurant for bees.

And if you’ve noticed that everyday foods taste different there, there’s a reason: that’s how onion and Cola are made at McDonald’s.

The Office app is now available for iPad, but there is a small print that you may not know