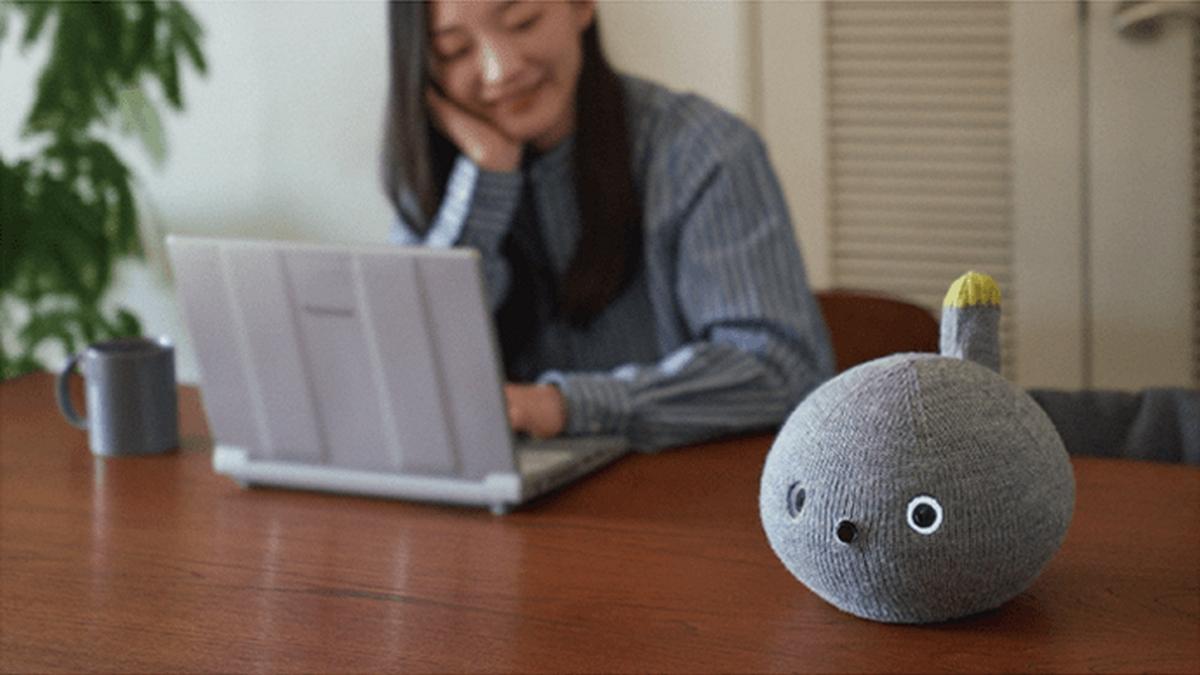 Nicobo, the soft robot from Panasonic to keep you company while you telework or study

Teleworking and confinement have accentuated the loneliness of people who live alone. Nikobo is Panasonic’s proposal to combat it.

Japan is one of the countries with the highest rate of singles and people living alone in the world. And this isolation has been accentuated by everything that has happened in 2020 (and has yet to be fixed). That’s why we see more and more companion robots What Nikobo, the soft robot from Panasonic that helps you make teleworking more bearable or studies when you are alone at home.

Nikobo is an adorable robot indeterminately, as it looks like a cat-like animal, with a tail and all, but no legs, ears, or mouth. It is practically a ball of wool with eyes and a tail, but can speak and it is very expressive.

In this video you can see how Nikobo interacts with people, thanks to its camera controlled by artificial intelligence software that is capable of recognizing people and objects:

As we see in the video Nikobo is what is known as a squishy robot, a robot covered in cloth. As it does not have legs or wheels, it cannot move, but it is able to move its body sideways and move its tail.

Your eyes are two screens that can generate different gestures depending on the movement and shape of your own eyes, and your nose is a camera capable of recognizing people and objects.

Thanks to artificial intelligence software you can recognize its owner to greet or encourage him, but also be wary of strangers, curiously observe new objects, or watch TV with their owner and react to what happens.

This low cost robot vacuum cleaner has thousands of sales and favorable reviews on AliExpress. It has 1,800Pa of power and random navigation, plus two side brushes.

Nikobo is able to answer simple questions, but what he likes the most is repeat the phrases that people pronounce. You can also comment on your own when something catches your eye.

It has been developed by psychologists and technicians from Toyohashi University of Technology, so it is trained to recognize moods and keep people company.

Their creators claim that they are harmless and that their main objective is to help humans, but science fiction has made us distrust the concept of ‘robot’. We are going to review the scariest robotics projects currently underway.

It is robot de Panasonic has successfully passed the crowdfunding phase, so it will be put on sale in Japan at a price of about 312 euros to change, but after six months you will have to pay a monthly fee of about 8 euros to use it.

If it is successful, they will market it to other markets.

Google Play will let us share applications with nearby Android mobiles

The controversial social network Parler returns: why is it being criticized?