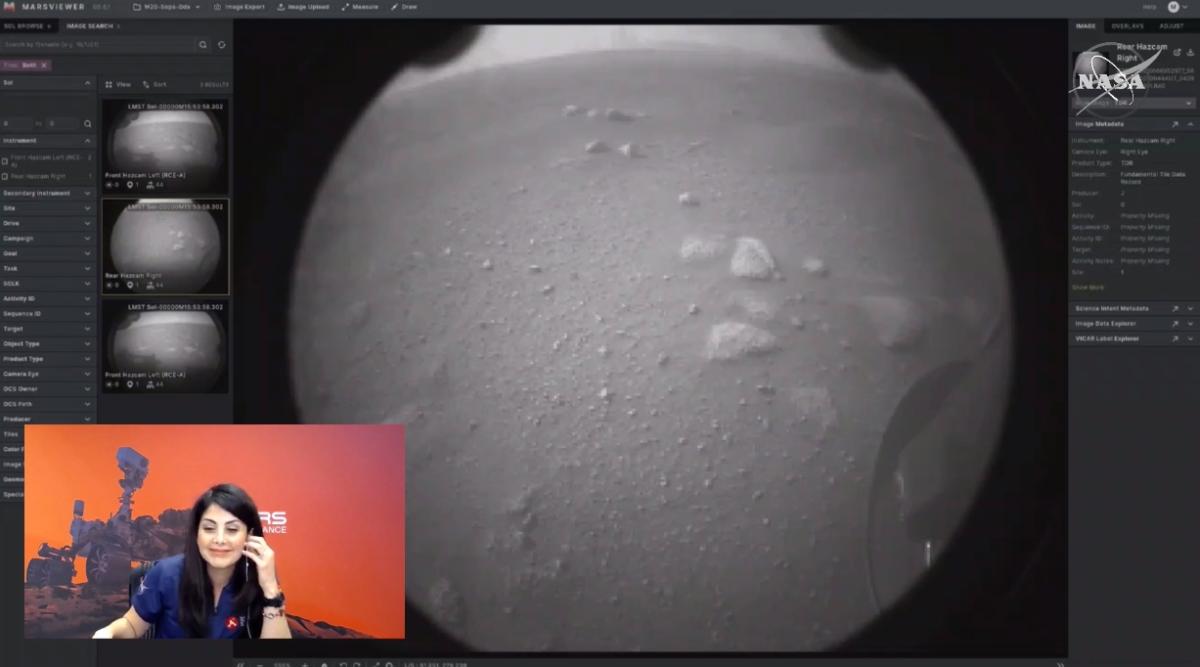 Minutes before 10:00 pm, NASA’s Perseverance rover has completed a spectacular landing on Mars, and has sent the first photo.

NASA, and the entire world, breathe a sigh of relief. One of the most important space missions in history has been successfully completed. The Perseverance robot is already on Mars.

It is not the first rover on Mars, but Perseverance is by far the most advanced. And the one who has made the riskiest landing.

After reaching the atmosphere of Mars at 20,000 km / h it has activated a braking system with a parachute, aided by the Martian atmosphere and propellants. Then it has been released from the probe and has flown horizontally propelled like an airplane, to locate a huge crater that millions of years ago was a lake filled with water. There it has landed using a reverse rocket system. Here you can see the first live broadcast of the NASA in Spanish:

Once this critical phase has passed, scientists rub their hands over what Perseverance can do.

First has landed in a sediment area of ​​what was once a lake, without a doubt the best place to find remains of life. With a small drill, he will extract inner layers of the planet, which he will put in a capsule and a later mission will bring them back to Earth.

But Perseverance’s most spectacular mission will be fly the Ingenuity helicopter that he has in his belly. For the first time Humanity will fly over another planet with a controlled vehicle:

Endowed with 23 cameras and all kinds of sensorsincluding a climate sensor developed in Spain, Perseverance is expected to also send out spectacular images and videos of the Red Planet.

Let’s also remember that right now there are two other international missions that have arrived a few days ago to Mars: the Hope mission of the United Arab Emirates, which will not land on Mars, it will only orbit it, and the Chinese Tianwen-1, which will spend a few months orbiting the planet, to land in May. The first time in history that the same mission orbits and lands on Mars.

You can now download the first version of Android 12, these are the news