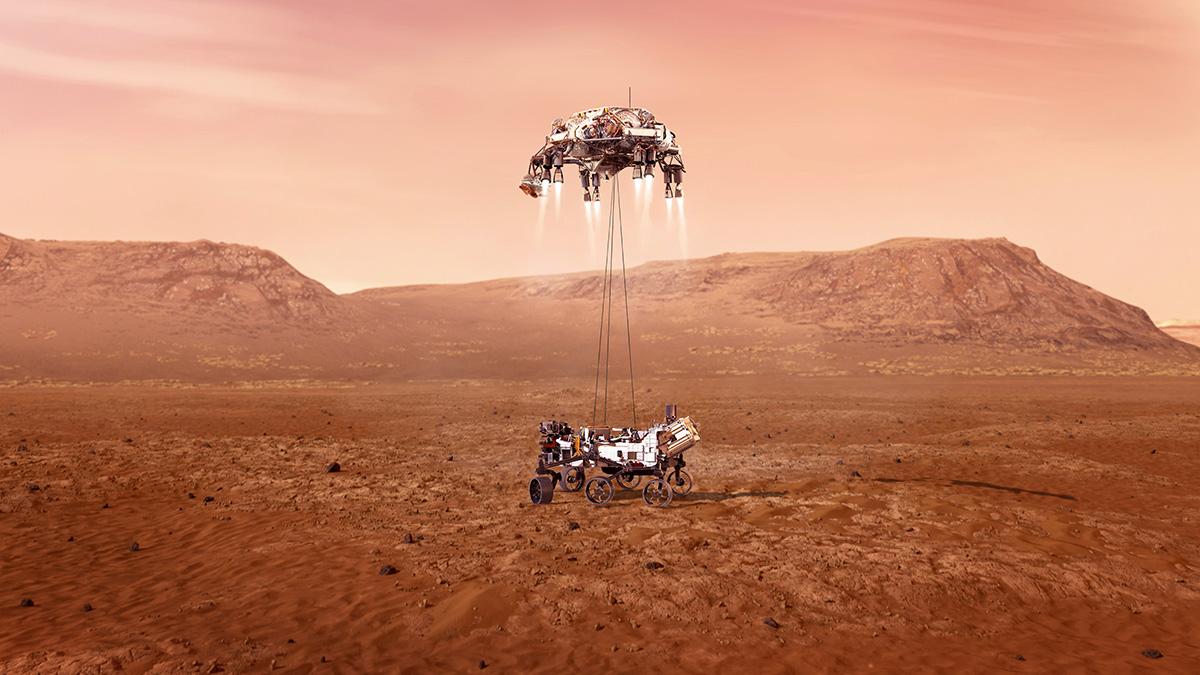 The new NASA rover with Spanish technology arrives today on the arid surface of Mars. His descent to Earth promises to be a great live show.

At 10 pm (peninsular time) at night, we will see Perseverance travel the last few meters that it has left to touch the red dust of Mars. A NASA recreation shows the complicated decline facing the new technological jewel built between several nations.

French, Italian and Spanish teams are among the creators of the new rover. Our engineers have collaborated in the construction of several of the instruments that will begin to operate today to study the neighboring planet and search for Martian life.

But before that, we’ll see how all that technology overcomes a complicated descent. As you can see in the following video, it will not be a pleasant fall. The capsule must traverse the atmosphere at 19,500 km / h, causing a friction that will increase the temperature to approximately 2,370 degrees Fahrenheit.

A few minutes later the parachute will deploy and the bottom of the shield will deploy, allowing the rover to use radar to determine its distance from the ground and employ its tecnología Terrain Relative Navigation to find a safe landing site.

To reach the ground carefully, a jetpack with retro rockets will be used in charge of reducing the speed and flying to the landing site. The rover will be held on by nylon straps as it flies across Mars to landfall. A triumphal entry, no doubt.

“The Perseverance team is putting the final touches on the complex choreography required to land at Jezero Crater.”, has explained Jennifer Trosper, deputy director of mission projects at NASA’s Jet Propulsion Laboratory. “No landing on Mars is guaranteed, but we’ve been preparing for a decade to put the wheels of this rover on the surface of Mars and get down to business. “

Jezero crater became a large lake where an ancient Martian river ended. There it is expected to find the sediments that the river carried away at the time. It is not a matter of finding living organisms, but their remains, for which the rover has been provided with a large number of instruments such as an arm with analysis tools to detect traces of a primitive biological activity.

Among the Spanish technology carried by Perseverance is MEDA (Mars Environmental Dynamics Analyzer) a meteorological station designed by the group of the Center for Astrobiology (CAB). its function is to measure the direction and speed of the wind; soil and air temperature; the relative humidity and atmospheric pressure or the properties of the dust in suspension, among other parameters.

The Universities of the Basque Country, Valladolid Málaga and Complutense de MadridTogether with teams from other nationalities, they have also collaborated on the calibration system for the Supercam, a camera, a laser and spectrometers that will search for biomarkers as small as the tip of a pencil from a distance of more than 7 meters.

When tonight we can see the new rover descend through the sky of Mars, let us remember the time and dedication it has taken to prepare all that technology so that nothing fails.

This Philips Smart TV is 70 inches, has 4K and is well below its usual price on Amazon: 639 euros!

Oppo stands up to the AirPods Pro with Oppo Enco X: active noise cancellation and great battery for € 159