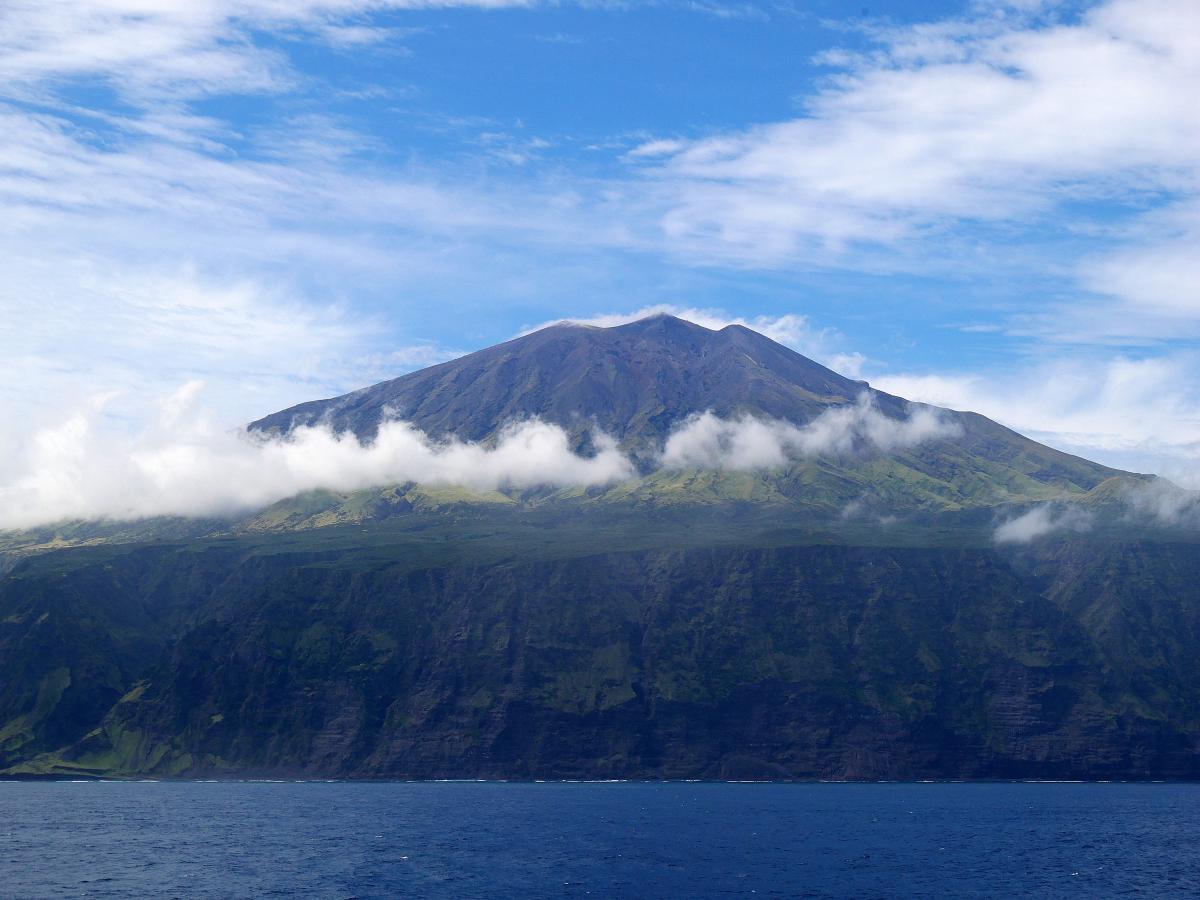 This is how the most remote island in the world connects to the Internet, where they charged 9 euros for each email sent

The closest inhabited territory is more than 2,000 kilometers. Almost 300 people live on the island of Tristán de Acuña, isolated from the world. The story of how the Internet came to be is very curious.

Today we protest to the operator when our 300 Mbs fiber connection only reaches 200 Mbps, or when Netflix does not connect instantly. But until recently, on the island of Tristán de Acuña there was only Internet in the town hall, and they charged almost 10 euros for each email sent.

The island Tristan de Acuña (Tristan da Cunha) was discovered in 1506 by a Portuguese sailor from whom it took its name. It is a volcanic island of just 200 square kilometers, which is also practically inaccessible. As seen in the photo, it is surrounded by cliffs up to 600 meters high, which prevent a ship from docking.

It is, officially, the most remote island in the world. Located in the Atlantic Ocean, halfway between Africa and South America, the closest inhabited place is 2,173 kilometers, the Island of Santa Elena, on which it depends administratively. Surely it will sound familiar because Napoleon himself died imprisoned there, who was involuntarily responsible for the island Tristán de Acuña being colonized. In this map you can see its location:

As we have mentioned, the island is so remote and rugged that although it was discovered in the 16th century, no one wanted to live there. But around 1816, with Napoleon imprisoned in St. Helena, the British colonized the island and annexed it to their empire, to prevent the French from launching a rescue operation for Napoleon from there.

Currently about 300 people live in Tristán de Acuña, the majority in its capital, a town called Edinburgh of the Seven Seas. They are mainly engaged in fishing.

As the web tells us Tristandc via Marcos Merino from TICbeat, the story of how the Internet has evolved on the island, is very curious.

Tristán de Acuña’s struggle to communicate with the world is very complicated. The island can only be reached on a six-day boat ride from Cape Town.

Despite its status as a remote island The internet came very early, in 1998, barely 6 or 7 years later than in Europe, through the telephone connection. But only the island administrator had Internet, and he could only send and receive emails.

In 2000, the locals were allowed to use the email service … charging. Sending an email cost 50 pence, but the price was rising until reaching the 9 euros per email in 2003.

The entire Internet, with its web pages, its chats or its downloads, did not reach the island until 2006, thanks to satellite connection, collected through four antennas located in the island’s internet café.

The arrival of the Internet was an event, especially for young people: “This week the students of St. Mary’s School had the opportunity to search the web for the first time with Iris Green, the computer science teacher, and will be able to continue to do so in the future“announced the newspaper of the time.

The bad thing is the connection does not exceed 256 Kbps, and so it has remained until now. In fact they don’t have a mobile phone network there either, so they do not use mobile. Things like watching videos on YouTube or Netflix, or just talking on the phone, is a luxury that they cannot afford.

Valencia will have a gigafactory of batteries for electric cars thanks to the alliance of Ford, Iberdrola and 23 companies

Android 12 is here in preliminary version: the AVIF format is proposed as a substitute for JPG and Android TV 12 rears its head