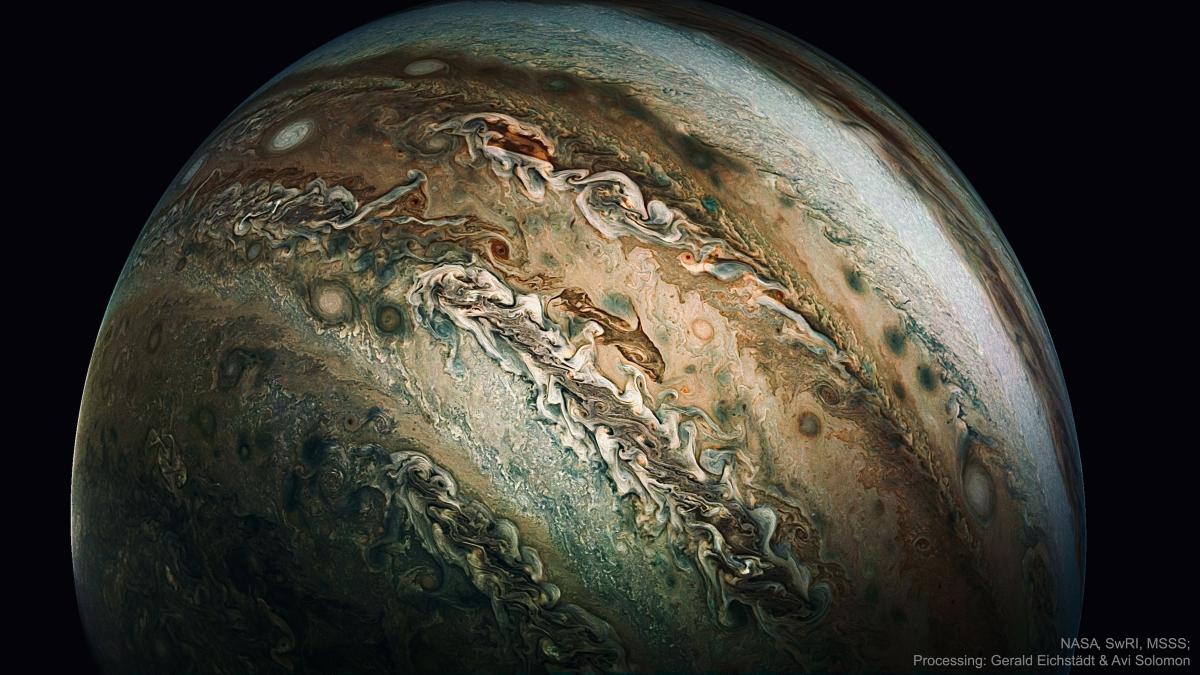 A dolphin on Jupiter the size of Earth, can you see it?

Nature is capricious, or perhaps our mind is. The eyes see one thing, but it is our brain that interprets it. What is a dolphin doing on Jupiter?

We are living in the Golden Age of space exploration, and hopefully this is only the beginning. There are more and more space probes and More high-resolution cameras exploring the Solar System, which leave behind the blurry, black and white images of decades past.

Now we can see in detail the surfaces of the planets, and thus we can discover things as curious and impressive as … a dolphin on Jupiter.

But it is not just any dolphin. Taking into account that Jupiter is the largest planet in the Solar System, this dolphin, extrapolating, has one size larger than Earth. Spectacular! You can try looking for it in the opening photo, more panoramic. If you don’t see it, here you have it closer …

Of course, this is not a dolphin real. It’s just an optical illusion. But what are we seeing?

Jupiter is a gaseous planet consisting mainly of hydrogen and helium. If we were ever to visit it with astronauts we would not be able to land, as there is literally no ground. It wouldn’t be very nice either, with winds of more than 500 km / h.

What we see of Jupiter are frequently changing cloud formations, similar to the clouds on Earth. So this Jupiter dolphin, no longer exists.

Motorola One Zoom is a mobile with good photographic features. It has a 48 mpx and 5 mpx double main camera, a 16 mpx wide angle and an 8 mpx telephoto. For about 300 euros it is a mobile that allows you to take quality photos and good performance.

The image was taken by Juno space probe in mid-2016. Juno has been orbiting Jupiter since then. This image of Jupiter’s dolphin was captured the sixteenth time that orbited the planet.

The silhouette is part of the Southern Temperate Belt (STB), a conglomeration of dark clouds that surrounds the entire planet. As we have mentioned, these clouds move and change shape, so the dolphin has already disappeared.

The space race is littered with pioneers who risked their lives, and even gave it up in the name of science. Dogs, cats, chimpanzees, and even rats that traveled to space before humans.

For scientists it is just a casual curiosityIt is of no scientific interest, since it is natural for clouds to change shape, and also for humans to become obsessed with looking for known cloud shapes.

Even more shocking was the discovery, in 2018, of 12 new moons of Jupiter. But it is not that they are new: it is that before we did not have instruments to see them.