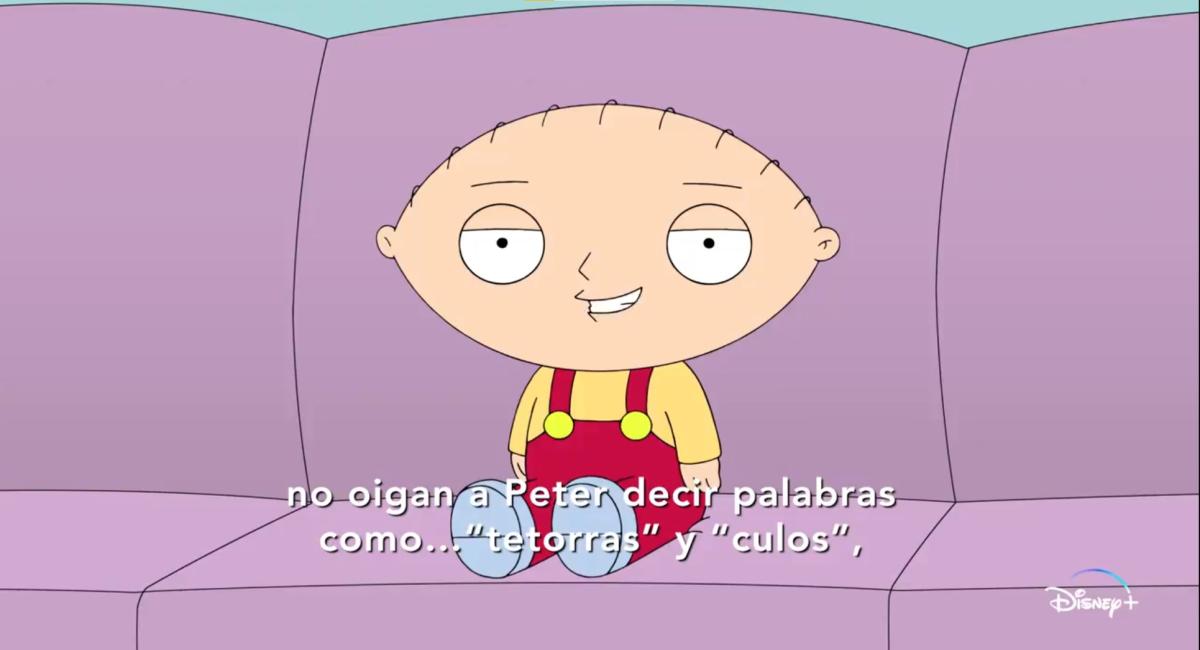 Family Guy explains how Star will work on Disney +

Star joins the Disney + catalog and with this comes the uncensored content, but Stewie from Family Guy has made it clear that parental control will be reinforced. We tell you all the details.

Family Guy is one of the most recognized comedy series in the world for years, but it has a negative side for minors. Despite being an animated series, its scenes and dialogues are not suitable for all audiences.

This is where the new Disney + parental control. In recent months, Disney + has censored a multitude of content for children. Movies that were originally for children, but because they are scenes loaded with negative messages, they have been censored.

After those censures, it is very surprising that we can now see adult content, like Family Guy or Deadpool, within Disney + and this is thanks to the arrival of Star. From the company they indicate that they have strengthened their parental controls so that the smallest of the house do not see what they do not have to see.

Star comes to Disney + on February 23, 2021 and in its catalog there will be content for adults with dialogues loaded with double meanings, black humor, foul language, explicit scenes, and others that are not suitable for minors.

You can activate the new parental control like this:

Star begins its journey in Spain next Tuesday, February 23, 2021 and in its catalog there will be titles as recognized as these:

As you can see, this is adult content. Hence the importance of properly configuring parental control as soon as you log into Disney +.

With the integration of Star and all the content it brings under its arm, rivalry between streaming platforms increases significantlySince many series that arrive on Disney + are already on Netflix or Prime Video. A good example of this are Lost, The Walking Dead and How I Met Your Mother, among others.

HarmonyOS will arrive on Huawei phones in April 2021: they will start with the flagships and the Mate X2 will be the first

What happens if you do not accept the new privacy policies of WhatsApp?