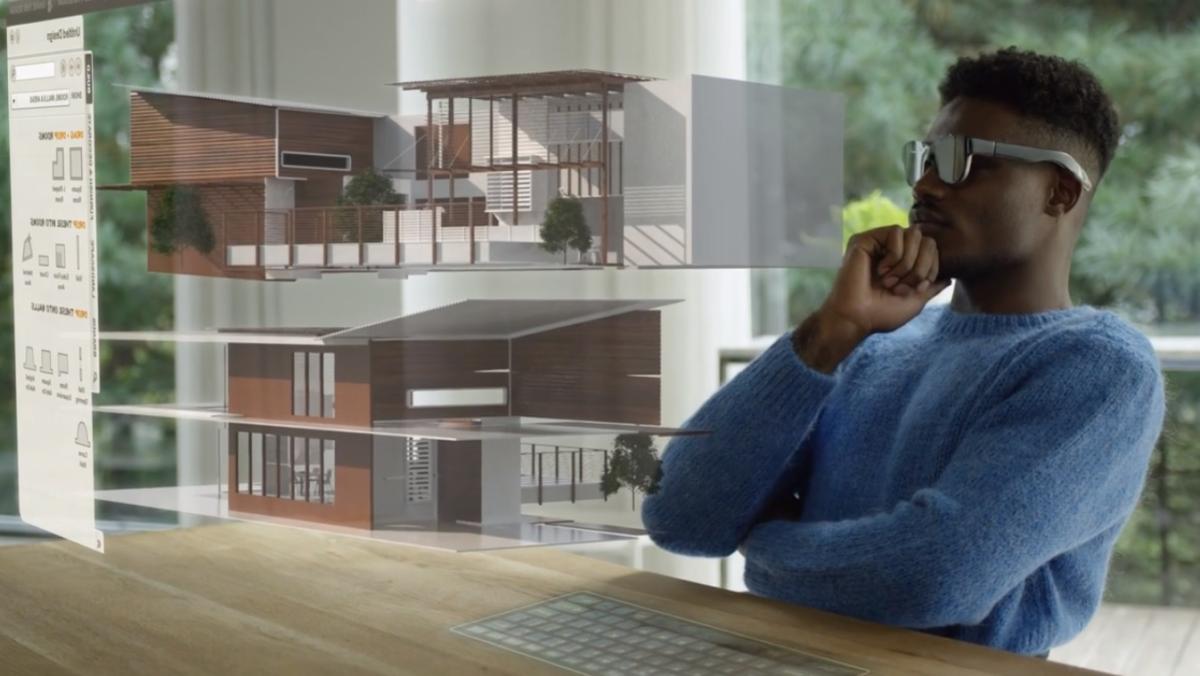 Two videos of the Samsung Glasses Lite are filtered: this is the augmented reality they develop at Samsung

Two videos show how they imagine augmented reality at Samsung thanks to their Samsung Glasses Lite.

Although we have seen in recent years the attempts and advances of different companies with augmented realityIt seems that we are still waiting for it to make the big leap and reach homes en masse. We have been able to know and analyze the Oculus Quest 2, but more news is coming and Samsung may be a major manufacturer in this area too.

Samsung’s approaches to augmented reality have been several, but until now nothing like it had been shown, or filtered. Thanks to some videos and images we can know the Samsung Glasses Lite. These are glasses of novel design for this type of products, less heavy and more discreet, but with powerful features.

The glasses that have been known thanks to WalkingCat they surprise by the quality leap that they suppose and show how a huge screen is projected in front of the user or the possibilities they offer when it comes to enjoying video games or interacting with the reality that is around you.

The possibility of view 3D digital objects in the user’s environment it is the most striking and promising in order to be used by different companies. Although we have seen in the past some functions that can be given to this type of advancement, Samsung wants to maximize the combination of these technologies with the reality of the users.

If you are thinking of buying a Samsung TV and you are not very sure which one to choose, in this article we review the models that the brand has launched in 2020, with their characteristics and prices.

Here we have a sample video to check all the benefits which can put the glasses within the reach of users.

But if there is something that stands out above the rest of the details, it is the design that does not diverge too much from that of some normal sunglasses currently sold in stores. With this Samsung device we can forget about heavy glasses and the feeling of isolation that they entail, they can be put on and taken off without major problems. Here you can see the details of the Samsung Glasses Lite.

These two Samsung videos that have just been leaked are very interesting, although It remains to be known at what point of development exactly the Samsung Glasses Lite are and what functions they would put in the hands of users. During the last few years we have seen many announcements and concepts, but they have yet to reach such a powerful way as to reach the general public.

The consequences of the latest reversal of the magnetic poles: weather disasters, electrical storms and mass extinctions