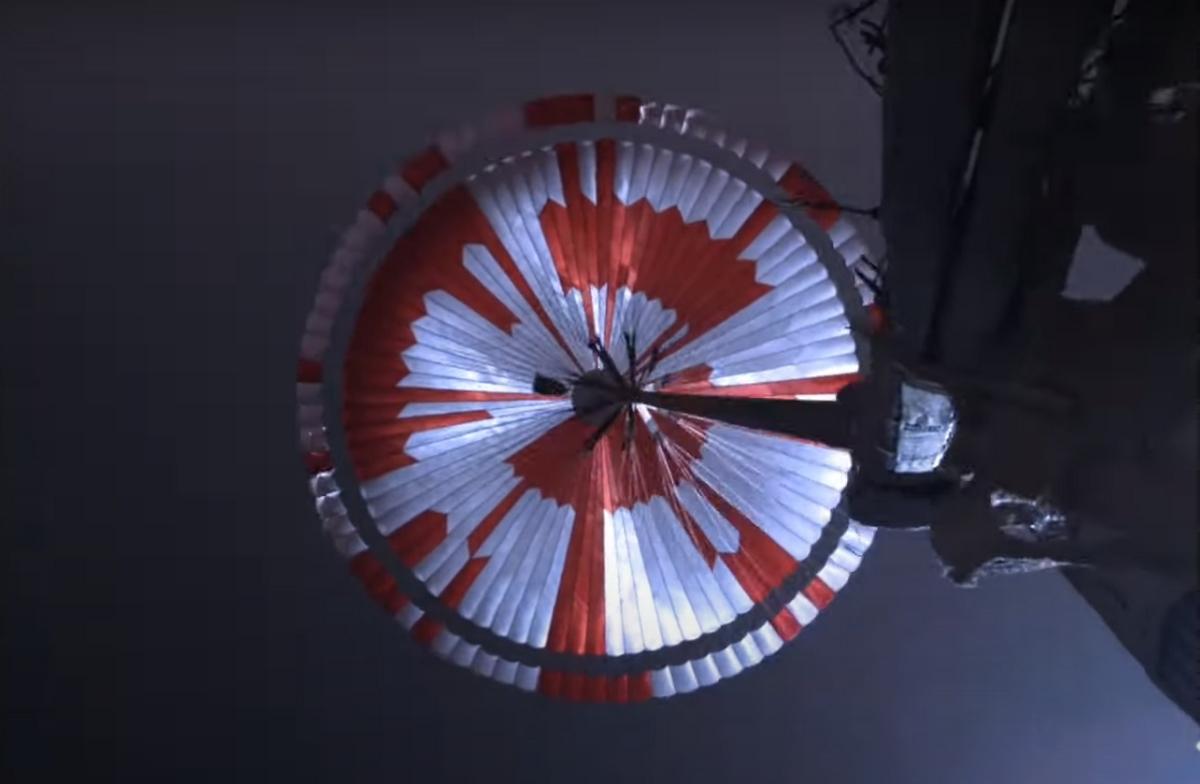 If the peculiar design of the Perseverance landing parachute caught your eye, there’s a reason: it hides a code phrase …

Yesterday was a day for the history of space exploration. For the first time we were able to see a video of a landing on another planet. Previous missions that had successfully reached the Red Planet had only shown photos.

Many people were struck by the peculiar parachute design of the Perseverance rover: a white cloth with red lines of different sizes and lengths. It looks like a random pattern, but it is not: the Perseverance parachute hid a secret message. And it’s not the only one…

In this spectacular video you can see the landing of the Perseverance rover on Mars, recorded from three different cameras, simultaneously:

The parachute design can be clearly seen. What is it hiding? At first glance it looks like a drawing, but if we divide the parachute into concentric circles, we assign a 1 to the color red and a 0 to the color white, and we group from 10 to 10, when we go to ASCII code we obtain two secret messages.

In the rest of the circles of the parachute are the letters that form the motto of the mission: Dare Mighty Things, What does it mean Dare to Powerful Things. You will see it more clearly in this drawing:

It is an expression taken from a speech by President Theodore Roosevelt, who delivered in 1899: “Much better is it to dare to powerful things, to obtain glorious triumphs, although marked by failure, than to put oneself in the rank of those poor spirits who do not enjoy much or suffer much, because they live in the gray twilight that knows neither victory nor defeat.“.

But it is not the only curiosity that has been revealed. As reported The Verge, the robot Perseverance carries a curious family photo with all the rovers that have reached Mars Y the Ingenuity helicopter, which will soon fly over the planet:

NASA has recognized that there are still other secrets hidden in the robot, and has challenged fans to discover them. You dare to find them?

An electric scooter at the height of Xiaomi, and for only 279 euros thanks to an offer from Amazon

Dark mode in Google Maps, password verification and more: these are the features that come to Android from today