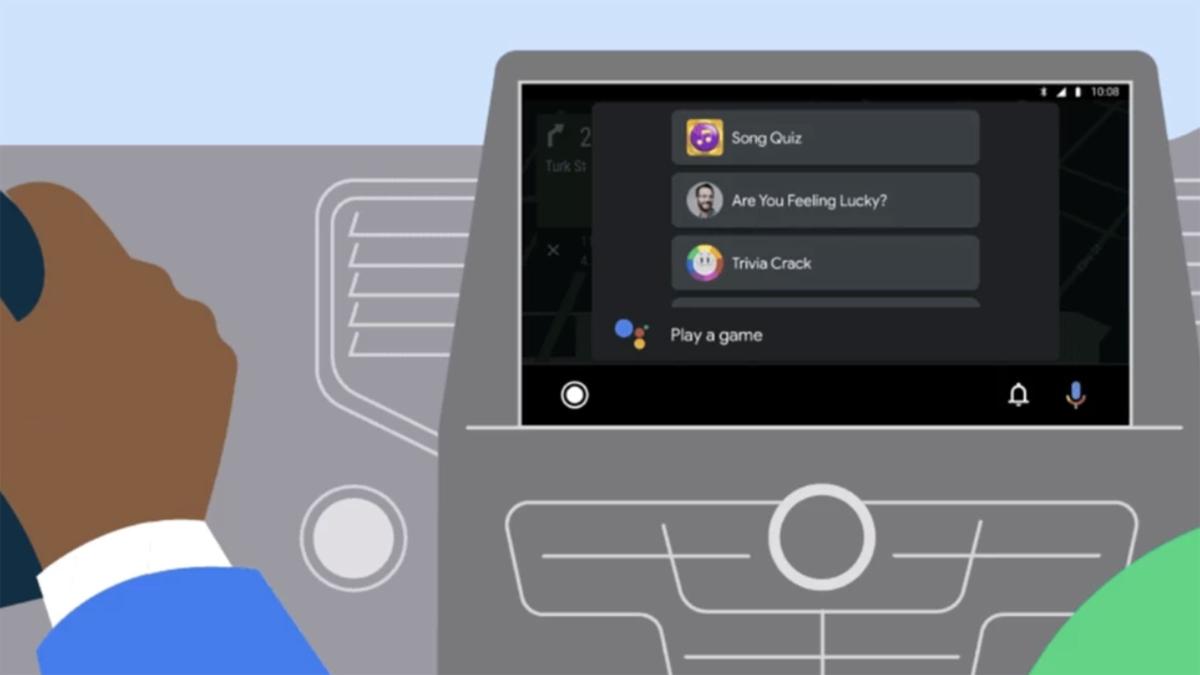 Now you can make your long car trips much more entertaining thanks to the latest Android Auto update that includes a series of simple games.

Android Auto It has been constantly updated in recent months due to its popularity and its growing presence in all vehicles on the market, and although we recently talked about personalized backgrounds, now they will include video games, although perhaps not the games you think .

And it is that soon you will have a collection of games in Android Auto, although it is not the type of games that, for example, yes he has the new tesla. Rather, they are intended to be enjoyed through voice commands and the Google assistant. Obviously, these games that are included on board in Android Auto are more aimed at passengers, although as long as the vehicle is parked, the driver could also enjoy them, especially on those long trips where they have to park.

The games included are Trivia Crack, Jeopardy !, Song Quiz y Are You Feeling Lucky?, and can be activated using voice commands. You simply need to say to the existing Google the phrase “OK Google, I want to play.”

But not only do video games come with the latest Android Auto update, but also other additions that you will appreciate.

On the one hand the interface becomes much more direct and simple thanks to the inclusion of new shortcuts so that the most used applications are always on the first screen, so we can include shortcuts to the contact list or to the Google assistant itself, among others.

For those vehicles that have a wider screen, this new version of Android Auto also includes a split screen view, which when inhabited will show, for example, a real-time view of Google Maps but also media controls.

It will also include a kind of privacy screen mode, in which you can basically control when the Android Auto system will appear on the car screen so that it is not visible to everyone.

Do you use Android Auto in your car? If the answer is yes, take note of the applications that you cannot miss to get the most out of it.

The update is staggered, and should begin rolling out over the next several weeks, as Google has targeted it for a global launch in the spring.

'Solar Opposites': the creators of 'Rick and Morty' premiere on Disney + a sitcom not so wild, but just as acid and frantic