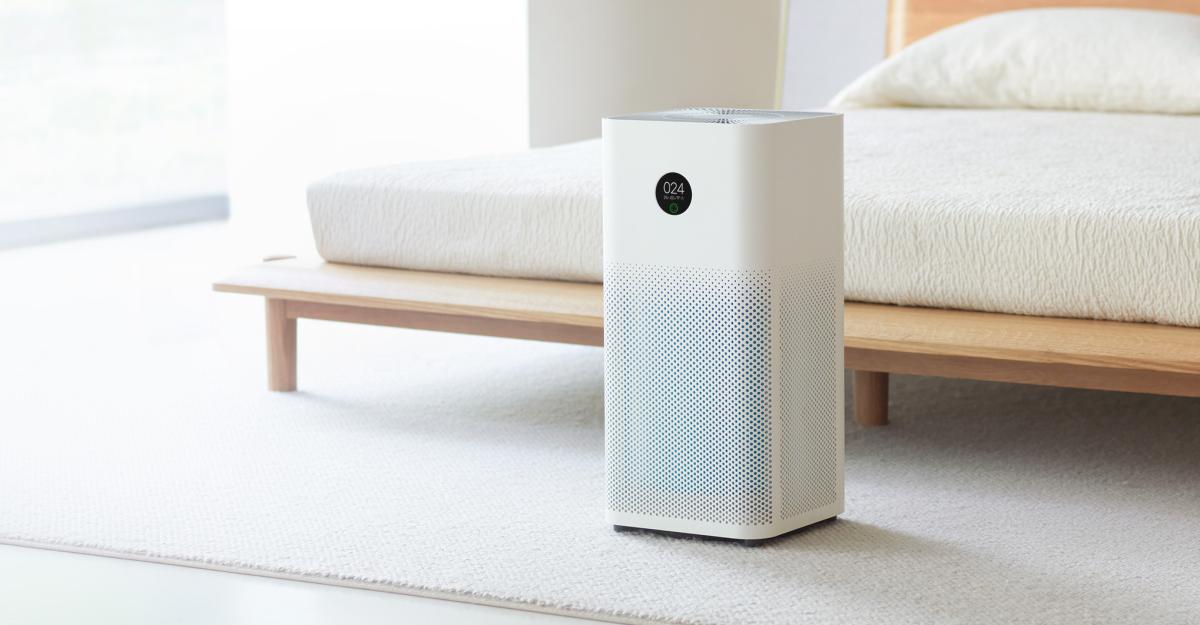 Air purifiers for less than 100 euros: these are the five best cheap models

If you live in a big city, an air purifier is more of an investment than an expense. And it is that these small devices clean the air around you so that you breathe calmly.

Living in a big city has its advantages: you have many shops at your disposal, hundreds of restaurants, you can go to the cinema, the theater, walk through the park and the streets … But you also have to breathe its air.

In large cities there is more movement of vehicles, which pollutes their air. In fact, pollution is a silent enemy that not only destroys our only home, but is also capable of causing us irreversible damage without our realizing it.

There are many ways to combat it: using products that are friendly to the environment, recycling, promoting the use of public transport and electric bicycles … But how to avoid breathing that already polluted air? Well, with an air purifier.

Lair purifiers clean the air in your home so you can breathe with complete peace of mind, forgetting about the bacteria, viruses and particles that float around you and can harm you without your knowing it. Today we tell you what they are best cheap air purifiers that you can buy for less than 100 euros.

When we say that Xiaomi has everything, it is everything. The Asian tech giant is conquering the West with its mobile phones, its devices and, now, with its air purifiers. Like this Xiaomi Mi Air Purifier 2C what can you buy for 88.50 euros on Amazon.

It probably stands out for its impressive quality / price ratio, as it is quite affordable and purifies the air thanks to a clean air flow of 350 m³ per hour. Thanks to this and its intuitive design, just by pressing a button you will have all the air in your house clean, even in closed spaces.

This purifier promises to capture 99.97% of air pollutant particles down to 0.3 microns thanks to its HEPA filter, so it’s also great if you have allergies. Its filter is easy to change, so here you have it: a compact, high-performance, inexpensive purifier.

Continuing with Xiaomi, we move from the 2C to its most advanced model: the air purifier Xiaomi Mi Air Purifier 3C, that can be yours for 95 euros on Aliexpress. In addition, you can choose to have it delivered from Spain in three days.

Again, we spoke to a purifier with Integrated HEPA filter for air cleaning of up to 320 m³ per hour. This, coupled with its 360º air duct circulation system, purifies your air at high speed and for a long period of time.

Your HEA filter with nanoscale filtration precision has an efficiency of up to 99.99% for 90-1000nm particles, removing even fine particles such as aerosol particles.

Air purifier Sees it it only costs you 75,99 euros And it’s great not only for cleaning your air of viruses and bacteria, but also for relieving allergies for those who suffer from pollen or pet dander.

This purifier It has a LV-H132 motor with higher stability and efficiency, so it has a longer service life. Operates only at 25dB, so you will hardly hear anything while the purifier works even at night, without disturbing you at bedtime. In fact, it includes up to two levels of light brightness.

Get a Levoit air purifier for 79.99 euros in Amazon Spain

Your True HEPA filter captures not only airborne particles and bacteria, but also pet odor and dander, so it relieves any allergens to ensure the safety of those with allergies. All thanks to its three stages of filtration for mites, particles and pollen.

For 55,99 euros you have this 4-in-1 air purifier, with HEPA filter and aromatherapy function and allergy capture timer. A very complete purifier and at a more than affordable price.

It is a multifunctional air purifier with three main modes: one daily, one high and one for sleep. In this case, it will help you fall asleep with its night light function, even turning it off for when you need to sleep or work without distractions and in silence thanks to its 20dB motor.

Get a Laluztop air purifier for 55.99 euros in Amazon Spain

It has four layers of filters: a first filter, a True HEPA filter and a combined activated carbon and cotton filter. In this way, this purifier is capable of filtering particles down to 0.3 microns, reducing air pollution by 99.97%.

What’s more, incorporates a replacement indicator that reminds you when you have to change the filter, which has a useful life of approximately 2,000 hours. Includes has three timing functions of two, four or eight hours.

Air purifier Rowenta Pure Air It costs, in principle, 129.90 euros. The good thing is that you can get one reconditioned by 96 euros in Amazon and save almost 34 euros when buying a highly competent air purifier.

This purifier boasts a clean air supply rate of 230 m³ per hour, so it can be used to purify rooms up to 90 m². It does this quickly since, for example, a 12 m² room is purified in less than 10 minutes.

TIt has three levels of filtration that remove up to 99.9% of fine particles. These filters are: prefilter, for hair and dust; 2-in-1 active carbon and particulate filter, for smoke, odors, mites, small particles and allergens; Y filtro Nanocaptur.

It has three speeds including a silent mode, a filter change indicator for carefree maintenance and a timer with delayed start for greater comfort.

Iceland is the only country in the world without mosquitoes, and it's not because of the cold or the isolation