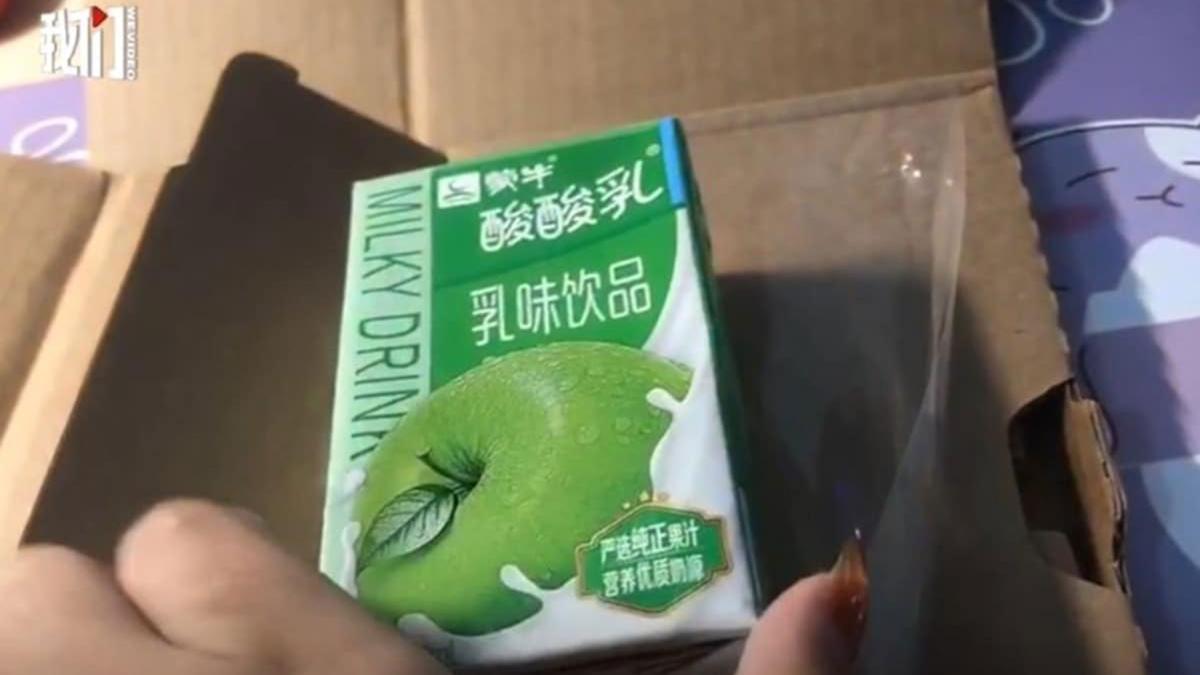 A woman in China spends $ 1,500 to buy the new iPhone 12 Pro Max from Apple’s official website, and ends up receiving an apple-flavored yogurt drink.

When you buy any item on the Internet, there is still a tough and long test to go through: sending the order from its origin until it finally reaches your home, something that does not always happen.

We have already had many examples where people have been able to buy a PS5 online and in the end they have ended up receiving at home weird things like cinder blocksAnd while it is relatively easy to get an iPhone 12 Pro Max on the market, a customer in China did not precisely receive the device from Apple.

As reported from iphonehacks, a woman in China ordered an iPhone 12 Pro Max from the official Apple store, and when she opened the package, An apple-flavored yogurt drink was found inside. In a video uploaded to the Chinese Weibo social network a few days ago, Liu explained that he spent more than $ 1,500 to buy the iPhone 12 Pro Max, and he did it through Apple’s official website and not through any third-party reseller. .

The downside of the matter, that after days of waiting, when he opened the box he found a yogurt drink, and to make matters worse it was apple-flavored. Apparently, the woman did not receive the package directly at her home, but chose to pick it up at a parcel locker near her home, where the change may have taken place.

Both the transport company, in this case Express Mail ServiceLike Apple itself, they have assured that they have delivered the iPhone 12 Pro Max, but the woman says she has not received it.

The woman has reported the matter to the local police who have considered it a robbery, but at the moment it is an ongoing investigation and it is unknown in which part of the shipping process the iPhone 12 Pro Max was extracted to introduce a yogurt drink of Apple.

The great change has begun at the Apple Company.

Apple could end up tracking the stolen mobile device since they have unique serial numbers, and find out if it will be activated and commercialized later.

It remains unclear whether Apple will send the woman an iPhone 12 Pro Max again or she will have to keep the yogurt drink while she awaits a financial return and the case is resolved.