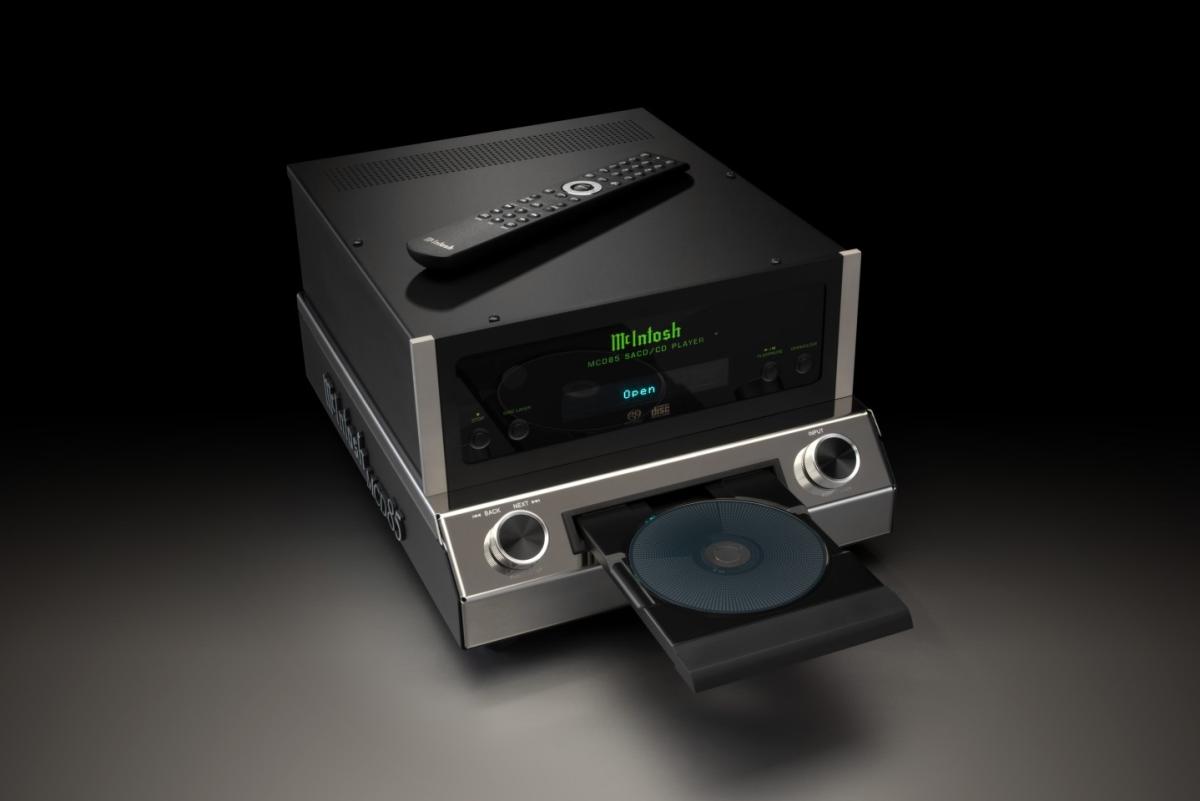 Who Said CD Players Are Dead?

Musical CDs go through a critical moment. But there are brands that are still betting on them, such as McIntosh, which has launched its new MCD85 player, designed to attract attention.

Who would have thought that the musical CDs would end up becoming the Ugly Duckling of music formats. We can assume that they have been cornered by cheaper and more convenient platforms to use, such as digital music or streaming. But few imagined a few years ago that vinyl would return from its grave to outsell CD, something that had not happened since 1986.

Without the nostalgia for analog music and the stigma of the physical format, it seems that nobody wants the CD anymore. But there are still companies that bet on it, like McIntosh, who has launched a spectacular CD player with a retro look.

The new MCD85 SACD/CD player It is designed to attract all the attention. It is not to be hidden in a corner. With its front LED panel, its aluminum handwritten letters on the sides, and its huge rotary knobs, it does not leave anyone indifferent. Plus, It is a marvel when it comes to playing music.

Its main function is to music CD and SACD disc player. While reading them, copy the music to a buffer before playing it, to avoid errors or stops in playback, if the disc is dirty and the laser has a harder time reading the data.

Despite its retro look, the MCD85 is a modern player that accepts all kinds of digital formats, from MP3 to FLAC, DSD, WAV, etc. It even has a USB plug that lets you stream audio in DSD256 and DXD formats at 384 kHz. It also has digital and optical inputs.

Whatever music you use, before playing it converts it to analog for processing through an eight-channel, 32-bit / 192-kHz DAC.

And of course, it can also be connected to all kinds of conventional amplifiers, speakers, sound bars and other peripherals.

Music streaming services like Spotify, Tidal and even YouTube have their own music player. But if you are a lover of good music, it is best to opt for a local music player. These are the best free music players for Windows 10

The new McIntosh’s MCD85 is a luxury product for foodies of music in CD format, so as you may have guessed, it is not cheap. Can be purchased in his web page At a price of $ 4,500.

After all, if you have a huge collection of CDs, the most logical thing is to enjoy them with the highest possible sound quality …

What is Bizum and how to use it: create an account, compatible banks and everything you need to know