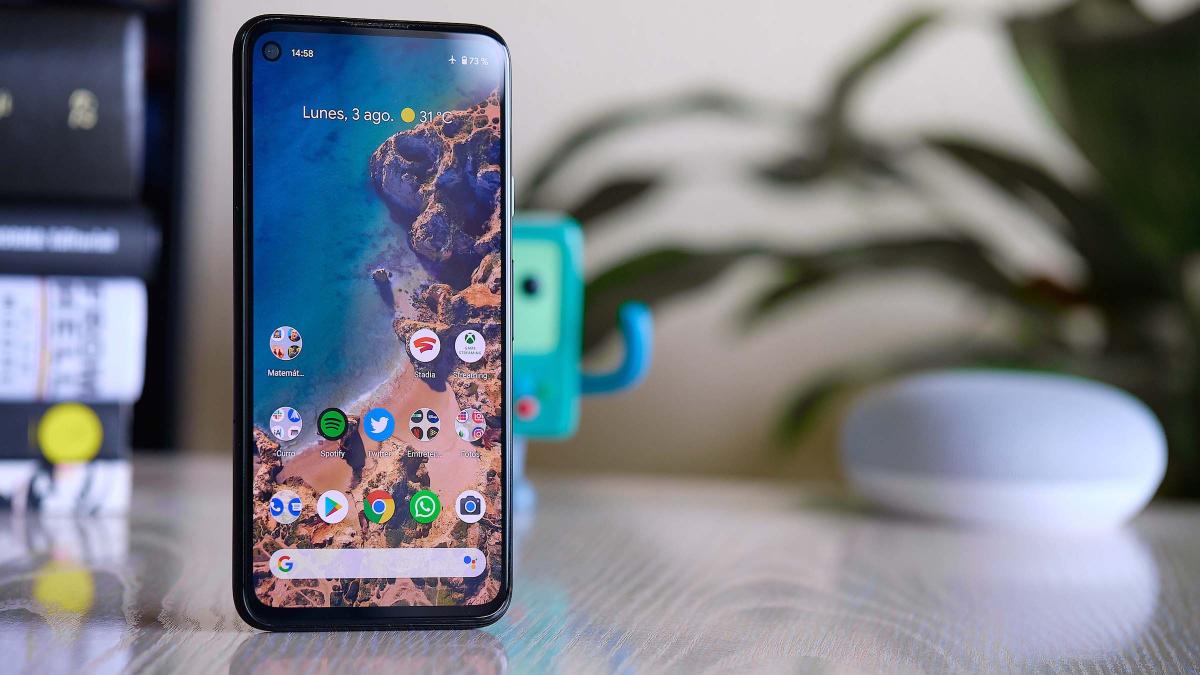 A new update arrives for your Google Pixel and this time there are certain news that distinguish it from other Android phones. You will have new features in the recorder, new wallpapers, new features in the camera, Gboard with machine learning and a new night mode to use with the Pixel Stand.

Google phones continue to attract market interest and, although they seem to have moved away from the high-end a bit, Google could try again with the Pixel 6. This smartphone is expected to arrive before closing 2021 and could include a 1 inch Sony sensor.

It would be the first sensor with these characteristics in a mobile device, although a few months before the arrival of the Pixel 6 there is another mobile that could mount this same sensor.

Be that as it may, all the news that this new update brings is very possibly also in the new Google Pixel models that are yet to arrive.

The new update for Pixel comes loaded with new features, among which we highlight the following: improvements in the Pixel recorder, increased quality in the photos you take under the sea, new wallpapers, predictive text and night mode to use in the Pixel Stand.

The Google Pixel recorder is renewed

This app adds very important new functions to the existing ones, which are recording, transcribing and searching the exact moment within the audio. Now the recorder app will let you share the audio files as a link and anyone can hear them, even if they don’t have a Pixel phone, as they will open on the Google Recorder web.

Through the link you send, the other person will access the web and can see transcripts, search the files and listen to what you have sent.

You can also create backup copies within your Google account and thus you will access them whenever you want and from anywhere.

With this recorder app you can record lectures, concerts and classes, among other public and private events. Then you save them in your Google account to analyze the audio files and use them later to study or to relive that moment, for example.

You can now take photos under the sea without losing quality

Before this update it was necessary to use some extra accessories if you wanted to take photos under the sea, and even so the quality was not what was expected from a Pixel. Now things change and you can take photos and videos in high quality, whether you are on land or in the depths of the ocean.

To make use of this function, Google has optimized the camera to use the mobile in conjunction with the submersible housing from Kraken Sports. That is, if you use another type of cover, you will not get the improvements that the brand has implemented.

If you have the right cover, you can enjoy the night mode when taking underwater photos, also the Pixel portrait mode, moving photos and all the characteristics of the videos that are recorded with Pixel.

We have been with the new Google mobile for a few days and these are our first impressions of a Pixel 4a that arrives to give war on the quality of its only main camera and in size, since it is a very compact mobile with the latest Android in its interior.

New wallpapers to personalize your Pixel

We all like to change the wallpaper of our mobile and there are those who like to adapt to each date. Now Google is going to launch a series of personalized wallpapers so that you can use them on your Pixel mobile.

These wallpapers are not random, but rather want to commemorate important moments in world culture that are celebrated throughout the year. Each background is made by a different artist, for example, On March 8 there will be new wallpapers for Pixel that will have women as the protagonist Y which have been created by the Spanish duo Cachetejack.

With the Smart Compose function you will write messages faster and easier than ever, since the machine learning system learns from you and will be able to predict what words and phrases you are going to write.

As you type, the predictive text will appear on the screen, slide your finger across the Space bar from left to right to confirm the text that Google has proposed.

When your Pixel is placed on the Pixel Stand base and you use the “Bedtime” function of the watch, the mobile screen will go dark entering a new night mode where the notifications have been specially redesigned so that they do not disturb us while we sleep.

The mobile will continue to charge wirelessly, but you will not receive any notification noise. This feature only reaches the Pixel compatible with wireless charging: Pixel 3, Pixel 3 XL, Pixel 4, Pixel 4 XL y Pixel 5.

The Pixel Stand is sold separately and without it, this function does not work, as it is exclusive to the Google Wireless Charging Base.

Now you just have to update your Google Pixel to enjoy all the news. If you do not receive the update notification you can enter Settings -> System -> Software update to check if the update has already arrived or not.

A hacker tried to poison 15,000 people with bleach through the water supply