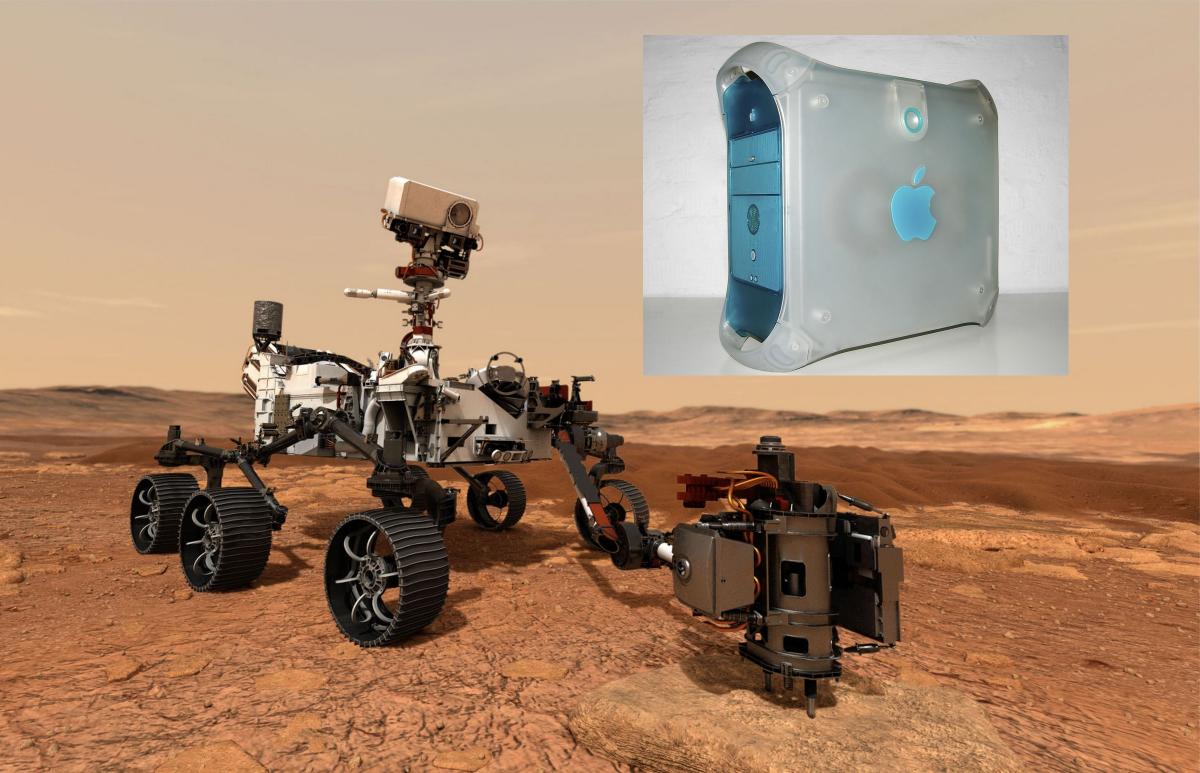 The Perseverance rover uses the processor of the 20-year-old iMac with 256MB of RAM, but there is a reason

It has traveled 500 million kilometers and landed on its own on an inhospitable planet … with the processor of a 1998 Apple Power Macintosh G3, and only 256 MB of RAM.

A mistake we often make is to underestimate what it means to leave the safety of planet Earth, and those shields that give us life: the atmosphere and the Earth’s magnetic field. “Space is disease and danger wrapped in darkness and silence“, He said Doctor McCoy from Star Trek. But many people have not yet assimilated this concept.

These days the news has surprised that the rover Perseverance, what landed spectacularly on Mars few days ago, it is controlled by a processor iMac used 20 years ago. Why not use an Intel Core, an AMD Ryzen, a modern IBM CPU? There is a perfectly logical reason.

The rover Perseverance It is one of the most advanced robots in the world, but for its brain is controlled for a PowerPC 750 processor developed by IBM in 1998, which runs at a modest 200 Mhz. Also only use 256 MB de RAM, with 2GB of Flash storage. Possibly your fitness tracker is more powerful than this …

The PowerPC 750 is a 32-bit processor manufactured by IBM and Motorola. Apple used it in many computer models two decades ago, from the first iMac to the PowerBook G3, iBooks, etc.

Actually the version of the PowerPC 750 that Perseverance uses is called RAD750, and is a variant adapted for withstand high radiation:

It is an almost toy processor by today’s standards, but beware: it costs almost 300,000 euros. Protecting a chip against radiation and the dangers of space is very expensive.

In any case, NASA could have applied that same protection to a modern processor. why do not made it? There are two compelling reasons.

The other compelling reason is the reliability: the RAD750 has carried out more than 100 missions in space since 2005. It is a reliable CPU and extensively tested in extreme conditions. When you travel to Mars, the last thing you want is for the rover to stop working due to a fault in its brain.

We spent a few days playing with the RTX 3080, the most powerful graphics card on the market at the moment, to bring you our analysis on this beast capable of moving TOP games at the highest quality with 4K, 60 fps and ultra ray tracing.

It is not a powerful processor, but it has enough capacity to carry out the functions that a rover requires on Mars. Plus has other support chips for systems such as wheel control, suspension or cameras.

When you travel into space, processing power is secondary. The most important thing is that your chips do not melt in space, and above all, that they are reliable. And in that no current Ryzen or Intel Core can beat the old RAD750 …

Colombia will hold a Latin American meeting of Women who Inspire