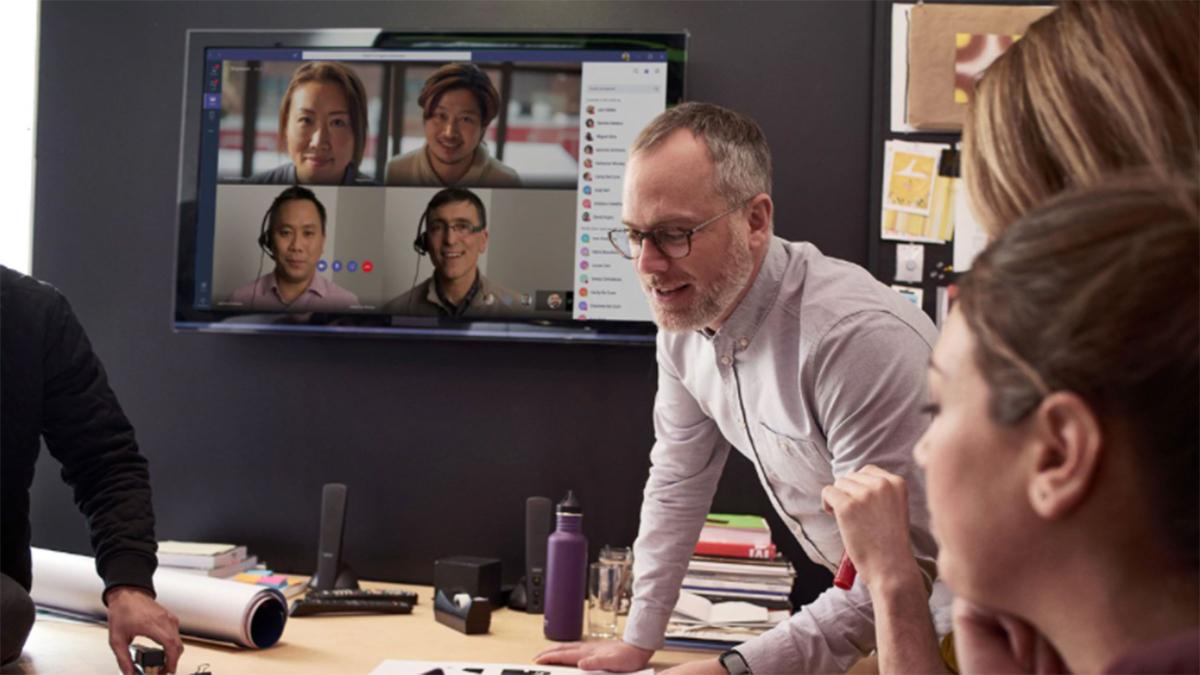 Today Microsoft has celebrated Ignite, an event where it has announced many new features such as the smart speaker for Teams and end-to-end encryption that is coming soon to Microsoft Teams.

The company that owns Teams has released two very important news during the Ignite conference. It is about some interesting news in which we want to stop for a moment.

End-to-end encryption may seem late, but it is important that the company announce the encrypted messages on calls. Another interesting thing that Microsoft has commented is the exclusive launch of a smart speaker for Teams calls.

Microsoft failed to succeed with Cortana and now presents us with a smart speaker specifically designed to be used during calls on its platform. What will be special about this speaker is that will be able to detect and manage up to 10 different speakers within the same call (with video or without video).

A speaker of each participant will use the artificial intelligence to add the name and time of the other parties during the call live transcript of the call. This function will not always be active, but can be deactivated for security and privacy reasons if you want.

The company has not detailed prices or exact availability, it has only said that there will be limited units and that they will be coming out by the end of 2021.

These are our impressions and opinion of xCloud, Microsoft’s streaming game platform that turns your mobile, tablet or Android TV into an Xbox.

Regarding hardware for Teams, Microsoft said it will begin certifying the most suitable peripherals and components for Teams meetings and video calls.

The first to be certified was the Dell video conferencing monitor, followed by Aver’s Poly Studio P21 monitors, Poly P15 video bar and Cam130 camera. The list of certified devices will surely increase in the coming months.

End-to-end encryption comes to Microsoft Teams, but is not expected for a few months. The company indicates that the current function will only be available for individual video calls (1 vs 1) and that the first customers to try it will be companies, and then it will be extended to other users.

At the end of 2020, this platform had 115 million users every day, and that is mainly because of the change in routine that we have adopted in this pandemic. Teams is used in both student and business settings, hence its undeniable success.

Telework in 4K with this Samsung monitor that is at a bargain price now on Amazon: for 279 euros it can be yours

The strength of vaccines is already being seen in Spain: in less than a month, infections fall by 95% in residences