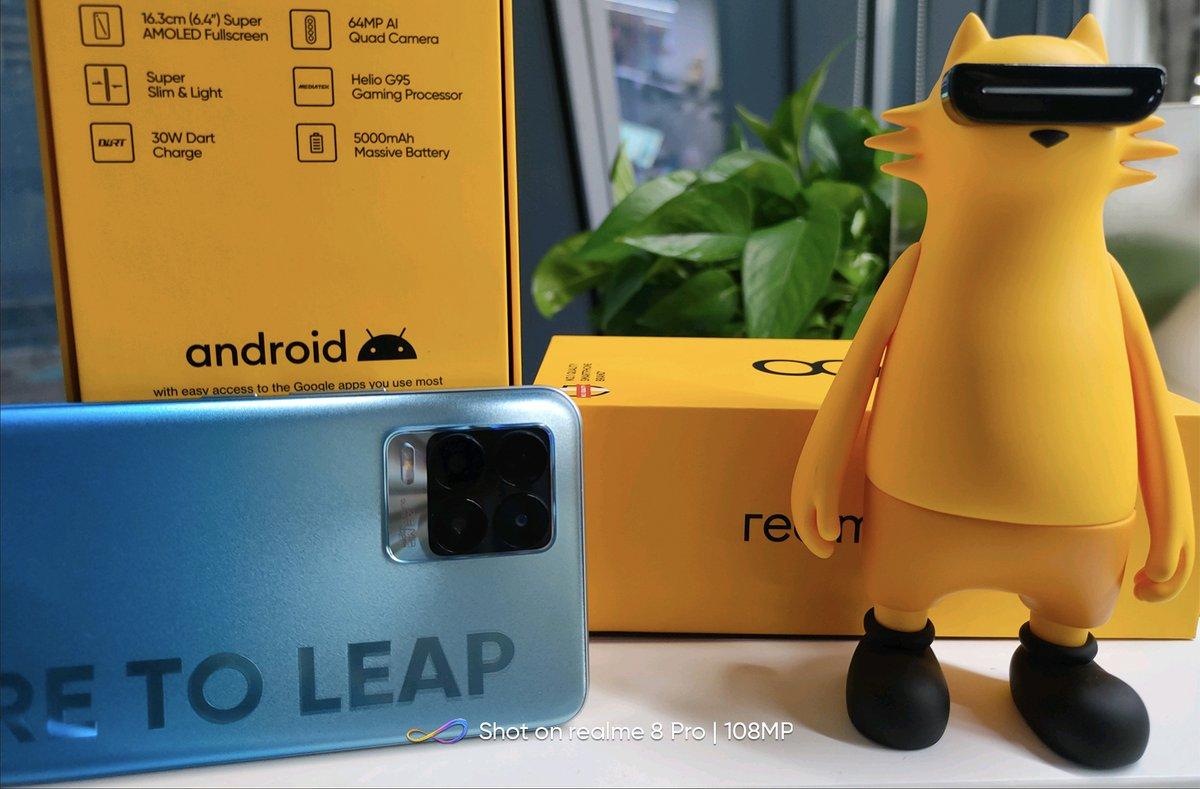 Realme shows the characteristics of the realme 8, Schrödinger’s mobile

Realme has just posted a photo showing the design of an unannounced mobile and the characteristics of what, clearly, will be the Realme 8. They are following an unusual strategy like few others, but the truth is that it is working for them. wonder in social networks …

Right now, the realme 8 exists and does not exist simultaneously, something that, basically, is Schrödinger’s experiment in which ‘his’ cat is alive and dead simultaneously at a certain moment.

And is that We know quite specific data from both the realme 8 and the realme 8 Pro, but they are mobiles that have not been officially presented and of which we do not have a dated event to know their characteristics.

And these unusual presentations started yesterday. And it is that, the company held a live event in which they showed the capabilities of the 108 megapixel sensor that will mount the new realme 8 Pro. It is normal, more and more, that companies talk about a specific feature before presenting a model , but… Is that in the video we saw the design of the realme 8 Pro!

It is true that no specific characteristics of the terminal were given beyond some software functions for the main camera and the benefits of Samsung’s new ISOCELL sensor, but in the video we saw another mobile that, we assumed, was the realme 8.

It is the one we see in this frame:

In the end, this looks like it is the realme X7 Pro, but today, via Twitter, the CEO of realme shared a photograph he has taken with the realme 8 Pro … to what appears to be the ‘normal’ realme 8 , with its box and everything.

The set is quite well prepared so that there is a doll that shows that the box is a realme 8 without a surname, so that we can see the camera module of the new family and, in addition, the specifications of the realme 8 standard.

It cannot be the box of the realme 8 Pro because the sensor we have already said that it will be 108 megapixels and the box advertises 64 Mpx, so, by default, it seems that that photo taken with the realme 8 Pro is from the realme 8.

We will have very similar characteristics to those of the realme 7, but with a SuperAMOLED screen instead of an IPS panel and with the 64 Mpx camera instead of the 48 Mpx of the previous generation.

We will see if they present the new terminal sooner rather than later, but the truth is that, taking into account that they are the ones who are ‘filtering’ things, we should not take too long to officially know this mobile that exists, but does not exist at the same weather.

Stay up to date with offers, bargains and news with our Friday shopping newsletter

Amazon throws the house out the window: up to 250 euros discount on this Microsoft Surface Laptop 3 with Core i5 processor