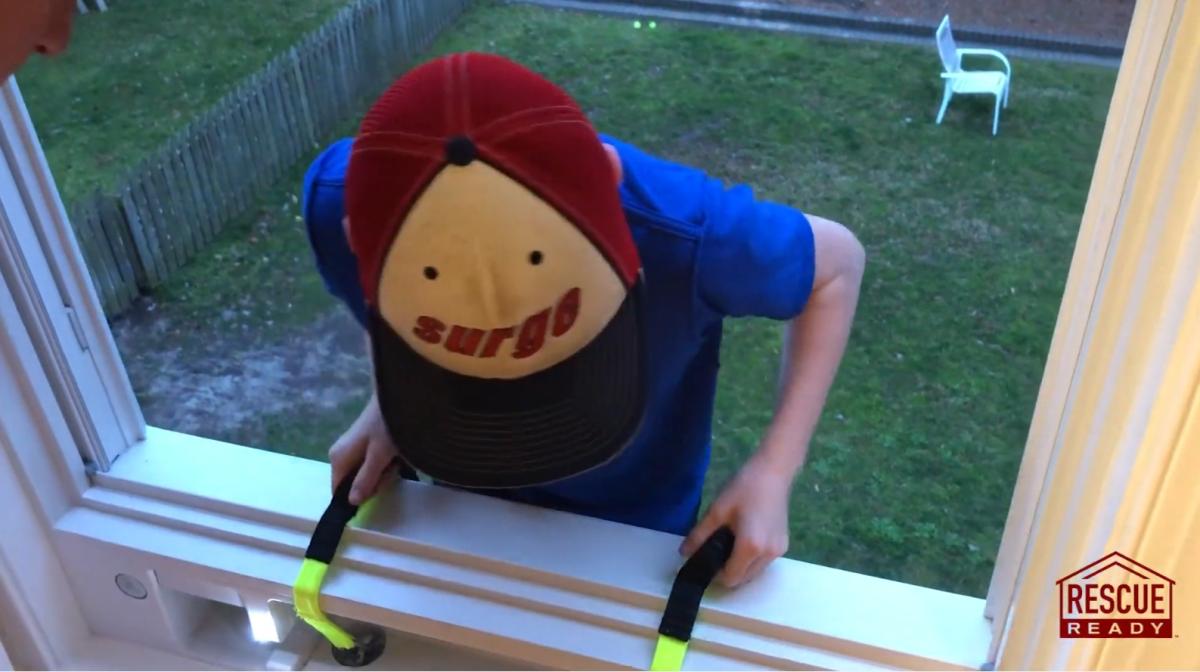 Rescue Ready RetroFit, the window to escape from a fire or an intruder

If you live in a chalet or townhouse with a second floor, this emergency system to escape fires or thieves is as practical as it is simple to use and install.

In the United States, a large part of the population lives in chalets, townhouses and individual houses. And apparently, fires are a problem. That is why a company created by two firefighters, Rescue Ready, has devised a practical system of window with escape ladder.

According to official data, 2,500 people a year die from domestic fires in the States. Half of these fires take place at night, and most of them originate in the bedroom. Another tragic fact is that most deaths occur when the victims are trying to escape.

With these numbers in mind, Rescue Ready has created an exhaust system that can be installed in any window, without taking up space. Is named Rescue Ready RetroFit, and as you can see in this video, even a child can use it:

Is about a folding ladder that hides in a hole inside the wall. It is built with 5052 aluminum and exceeds the safety standard ASTM Standard F2175, supporting up to 350 Kilos of weight.

The ladder is anchored to the wall itself, so it cannot be broken.

Many Americans have an escape ladder at home, but they keep it under the bed, or in a box in the back of the closet. If there is a fire and the room fills with smoke, it is night or the power goes out, this ladder is difficult to find, unfold and place in the window to escape.

The smallest and especially cheapest smart speaker from Amazon. It integrates Alexa with all the functions of its older brothers but in a much more compact and versatile size.

The advantage of Rescue Ready RetroFit is that it does not take up space, and is right where it is needed: under the window.

As we can see in the video, this emergency system is connected to the house’s intruder or fire alarm system. When the alarm goes off, the drawer that opens the staircase lights up with two lights, so that we know where it is if it is night or the power goes out. It also sounds its own alarm.

Just remove the drawer, remove the folding ladder and throw it out the window. Now you just have to carefully go down to the garden or the street.

Rescue Ready RetroFit sell yourself in his web page At a price of $ 179But due to the pandemic and the California fires, manufacturing has been delayed, and they won’t start shipping until July.

Amazon leaves the Mac Mini at a bargain price: it reduces it by more than 300 euros in its version with Intel Core i3

"I was busy dissolving Nobel prizes while the Nazis occupied Copenhagen": this is how they managed to save two of the prestigious medals