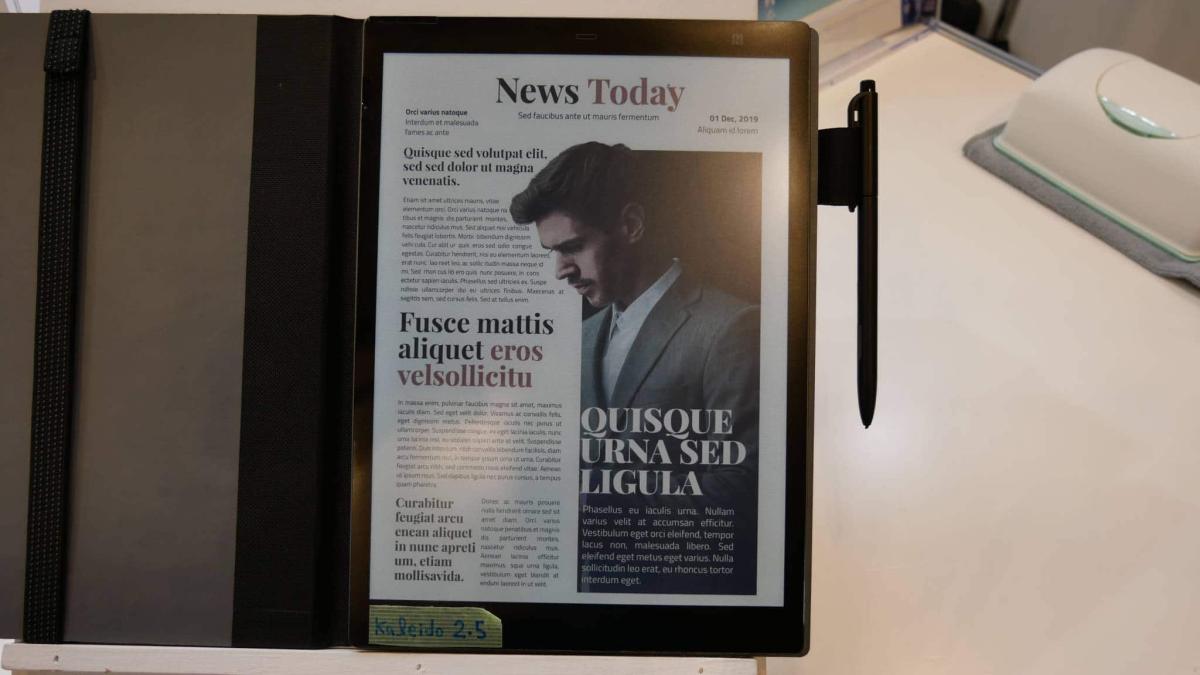 Sony also shows a 10-inch eBook reader with a color ink screen: what about the Kindle?

Color ink displays are ceasing to be an experiment, to becoming a reality.

They are the Holy Grail of the e-book market. The color electronic ink displays They have been in development for years, but they have not finished arriving. It is not easy at all to develop this technology. Although everything could change in 2021.

It uses a technology similar to the PocketBook InkPad Color that is already on sale in Spain. Here you can see our unboxing:

The new Sony DPT-CP1 v2 uses the new Linfiny screen, a collaboration between Sony and manufacturer E INK, which has a virtual monopoly on the manufacture of electronic ink screens.

And INK has developed an ink screen with 4096 colors called E INK Kaleido, which is the one used by the PocketColor InkPad Color. In collaboration with Sony they have developed the version Kaleido 2.5, where the color filter is closest to the e-ink screen. This produces more vivid and lifelike colors.

It will also be the first to use the new E INK Letter 1250 ink system, which enables faster page turning.

This e-book reader is the most affordable on Amazon. It weighs little and also now includes a highly demanded feature such as the backlit screen.

The new ebook reader Sony DPT-CP1 v2 (provisional name) has a huge 10.3-inch screen with a resolution of 1404 x 1872 pixels. It reaches 227 dpi in black and white. In color, the resolution is lower due to the use of the color layer, but it is a data that has not been confirmed.

For the first time in a Sony reader, It will be illuminated by 27 LED lights. It will have a 1.8 GHz 8-core ARM Cortex-A53 processor with 32 GB of storage, WiFi, Bluetooth, and USB-C port. The operating system is Android 9.

It seems he uses a new layer WACOM which enables the use of touch pen with different pressure force, and it will come with a pre-installed drawing app, as well as a note blog.

No dates or prices have been revealed, but Sony has told Good eReader that it will try first sell it to government agencies and health centers. But he also intends to commercialize it this year.

If you are thinking of buying an e-book reader and you value the possibility of getting the Kobo Libra H2O, we recommend that you take a look at this complete review in which we assess all the pros and cons of this Kobo model.

Steps Ahead of PocketBook and Sony Contrast the silence of amazon kindle, which has not launched a new Kindle model for years, although it continues to improve the existing ones.

The truth is that color e-ink displays are just what this industry needsr to revitalize. They would greatly improve the reading of comics and magazines, and would appeal to younger readers.

For the moment Amazon is silent, but at any time it can surprise us with a Kindle with a color screen. Will it come this year?