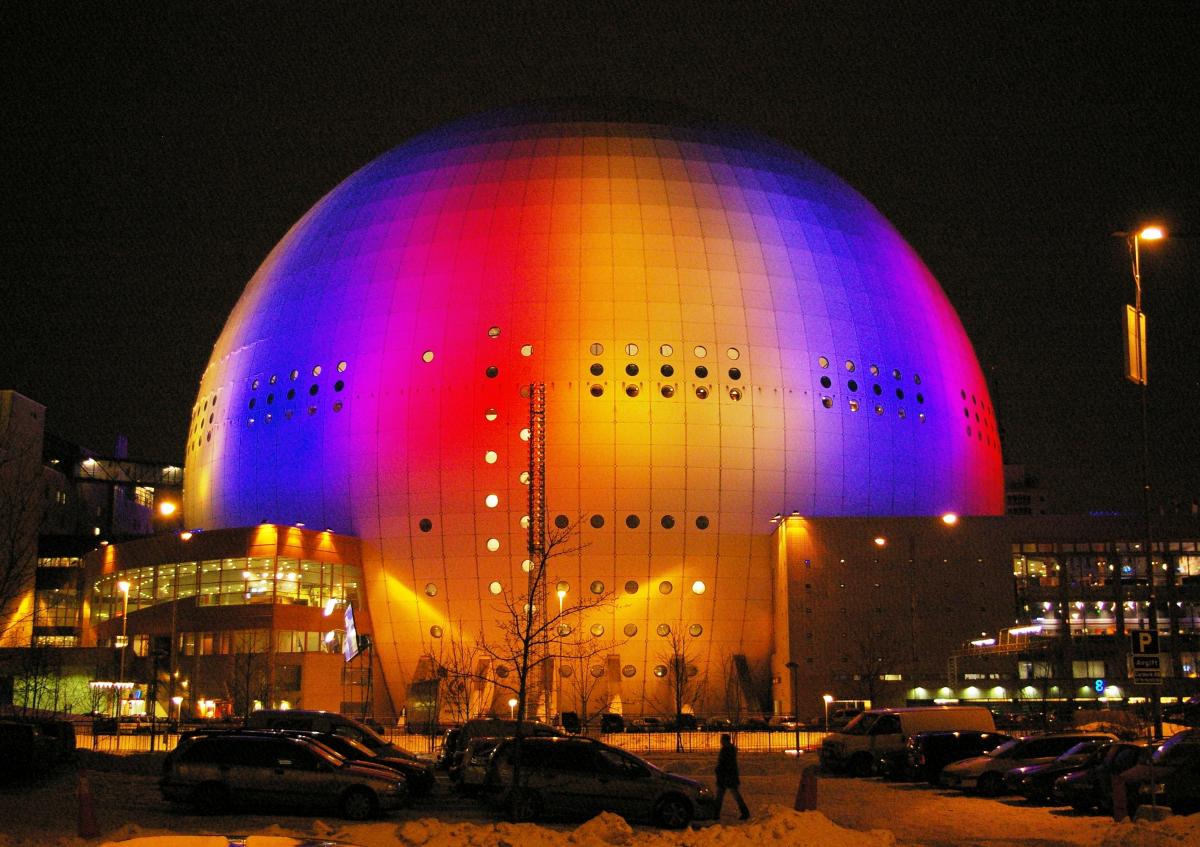 In many science museums around the world you can find scale models of the Solar System. They can even be bought, smaller, on sites like Amazon. The world’s largest scale Solar System is in Sweden, and it can be said that it is as big as the whole country.

The idea came to astronomers Nils Brenning and Gösta Gahm, in 2009: create a 1:20 million scale Solar System using buildings and statues that would be distributed throughout the country, according to the real distance of the planets.

The very objects used to represent the celestial bodies are also on a real scale. The Sol you can see it in the opening photo. Is the largest circular building in the world, the Globe Arena in Stockholm, which is 110 meters in diameter and at 1:20 million scale corresponds to the Sun and its corona. In the following map you can see where the rest of the celestial bodies of the System are located. And on the right, Mercury, which measures only 25 centimeters and is located in the Stockholms stadsmuseum, in Slussen, almost 3 kilometers from the Globe Arena:

The inner planets are all relatively close to Stockholm, but the outer ones are distributed along the east coast of Sweden, in the Baltic Sea.

You may have noticed that there are many more points than planets in the Solar System. That is because some moons, asteoids, comets, and other celestial bodies have also been incorporated.

The land is represented by a terrestrial ball 65 centimeters in diameter located in the Cosmonova Naturhistoriska riksmuseet museum, in Stockholm, about 7.6 kilometers from the Sun. Luna, 20 meters from Earth, in a column:

Neptune claims to be one of the most elegant representations. It is a beautiful statue of 2.5 meters in diameter located in a public park in Söderhamn, a coastal city 229 kilometers from Stockholm. It is important to realize that not only the scale of the planets is maintained: also the distance that separates them from the Sun:

The farthest planet Pluto, measures only 12 centimeters and is about 300 kilometers from the Sun

In the following image we can see, on the left, the dwarf planet Sedna, on the edge of the Solar System. It is in Teknikens hus, Luleå, 912 kilometers from Stockholm. On the right we have the moon Titan, which symbolically hangs from the house where the physicist Anders Celsius devised the scale of degrees Celsius or centigrade:

In Sweden, astronomy fans organize excursions to visit all the stops of this peculiar Swedish Solar System to scale. School excursions and cultural visits are also frequent.

If you want to see all the monuments and locations, take a look at the web Sweden Solar System, or to Wikipedia.

Five 5G mobiles presented in 2021 that are really cheap

Does eating garlic and honey help you lose weight? This is what science says