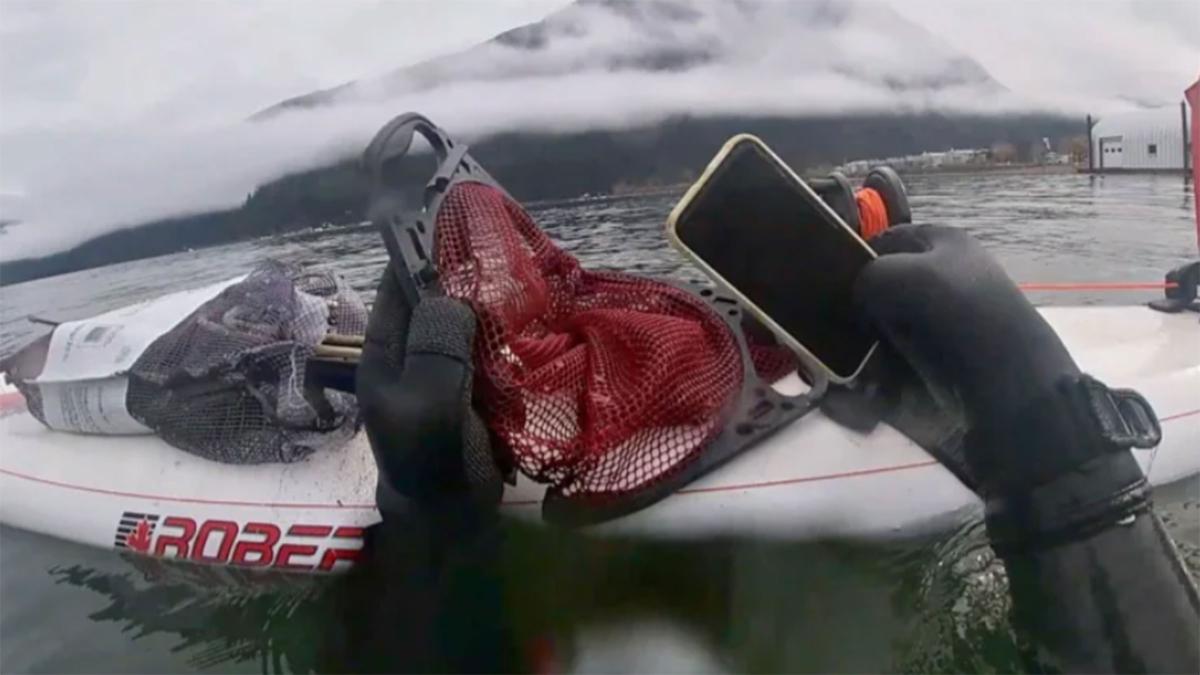 They find an iPhone 11 submerged in a lake for six months, and it still works

Some divers find an iPhone 11 at the bottom of a lake that has been submerged for more than six months, and the most surprising of all is that it continues to function as the first day.

It is clear that one of the aspects in which Apple has improved a lot with the launch of the latest iPhone models is their durability, not only due to drops or longer battery life, but also to endure under extreme conditions like being submerged for six months in the cold waters of a lake.

As they comment from the CBC, a 6.1-inch iPhone 11 was just recovered from the bottom of a lake in British Columbia, Canada’s westernmost province, and best of all, the device works flawlessly after being submerged for six months .


The device was found by divers Clayton Helkenberg and his wife Heather who after going to the bottom of Lake Harrison in British Columbia to search for lost items, they came across an iPhone 11, and along the way they also located a folding phone, although this last terminal was seriously damaged.

Found iPhone 11 works perfectly, except you have a broken mic and some speaker issues, but otherwise it is perfect.

After ejecting the SIM and placing it in another device to contact the owner, they discovered that the iPhone 11 belonged to a Vancouver resident, Fatemeh Ghodsi. Apparently, the iPhone 11 fell six months ago during a boat trip and staff members told its owner that it was impossible to recover the device.

Not long ago we also brought the case of an iPhone 6s that fell more than 600 meters from a helicopter, and after being found it worked without any problem.