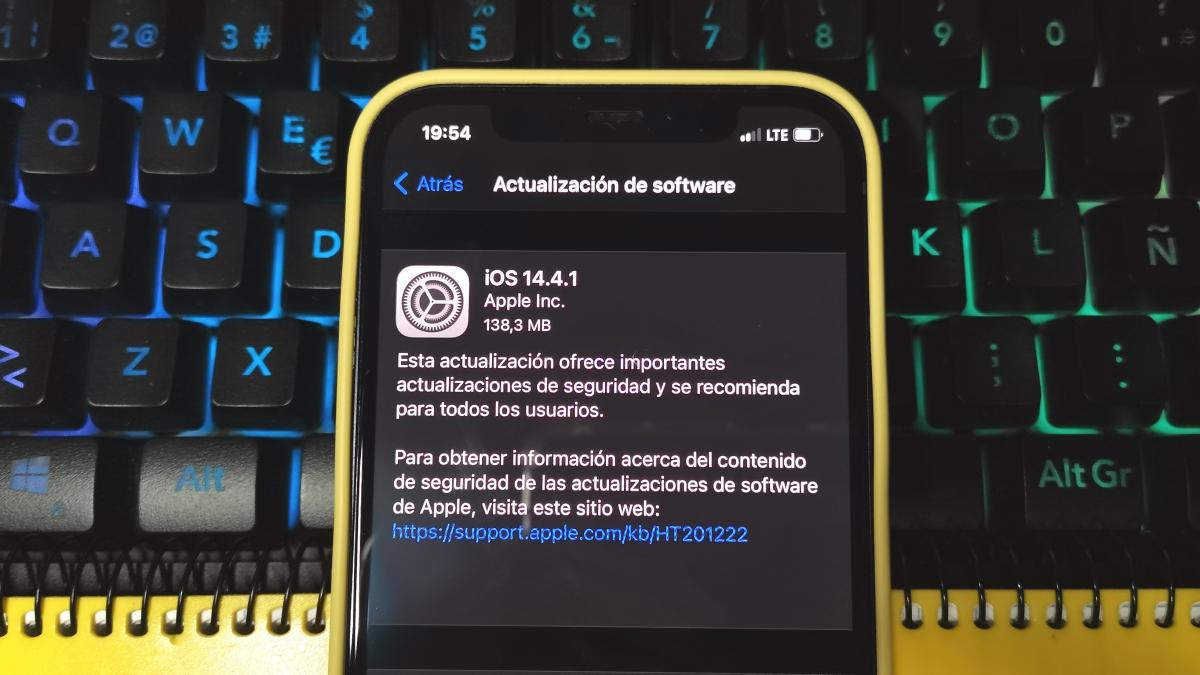 Apple releases iOS 14.4.1 with security patches for Safari and other browsers

The new update comes to iOS, iPadOS, MacOS and WatchOS, and does not change anything about the interface. We explain what this vulnerability affects and how to update on all your Apple devices.

If you have an iPhone 6s or higher, an iPad Air 2 or later, iPad mini 4 or newer, 7th generation iPod Touch, a Mac with Big Sur, Catalina or Mojave, or an Apple Watch Series 3 or newer, you should update immediately.

On iPhone, iOS 14.4.1 resolves a vulnerability in WebKit, which is the browser engine that powers Safari. Furthermore, this vulnerability also affects other browsers that can be run on iPhone.

On each device, the process to download and install the security update is different:

Remember that after installation, the device restarts and it would be convenient to have the PIN number of the SIM card at hand in case you have to update your iPhone.

By updating your devices you solve a problem with the processing of web content that was created with unlawful intentions and that could cause malware to run. The threat code is CVE-2021-1844 and was discovered by Clément Lecigne from Google’s Threat Analysis Group and Alison Huffman from Microsoft Browser Vulnerability Research.

iOS 14.4.1 does not change the appearance or introduce new functions as iOS 14.5 will very soon include a feature that has turned the Internet advertising business upside down.

We refer to the App tracking transparency. With this feature, all iPhone users will be able to decide whether they want to be tracked by applications and companies or not. This has turned the industry upside down, to such an extent that Facebook wanted to sue Apple, and even Google is considering following in the footsteps of the Cupertino company.

iOS 14.5 is coming very soon, in spring, and we really want to see what Apple surprises us with, although many details have already been leaked thanks to the Beta versions.

Five ways they can hack your cell phone