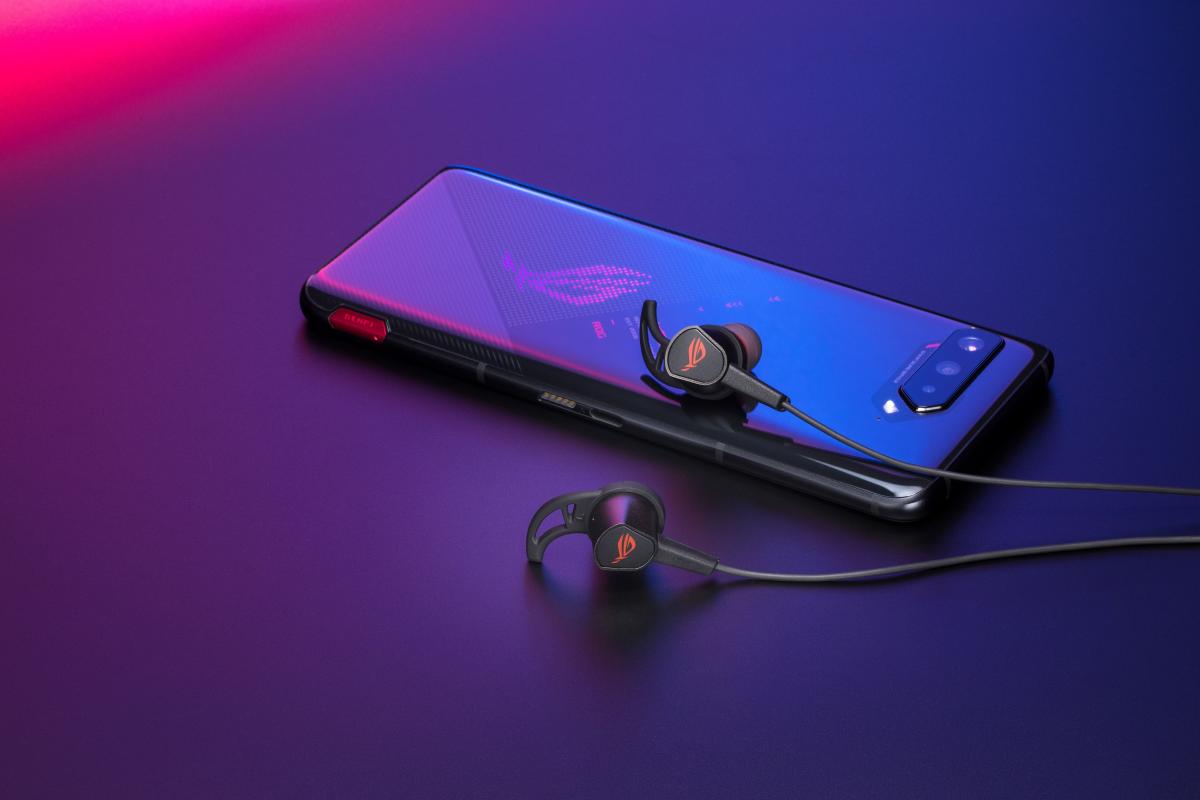 Asus ROG Phone 5, three flavors for the most demanding gamers

Republic Of Gamers (ROG) is the Taiwanese firm’s line of gaming products and has just presented a whole line of gaming mobiles equipped with the most powerful hardware to give it all in games.

After three generations of gaming mobiles, ROG Phone from Asus They have become a reference for this niche market specialized in obtaining the best gaming experience.

Almost by surprise, Asus has announced the arrival of the renewal of the Asus ROG Phone 3 that it currently has for sale and does so with three models for its ROG Phone 5 series: ROG Phone 5, ROG Phone 5 Pro y ROG Phone 5 Ultimate.

The new family of Asus gaming mobiles It sets the bar very high again with the most powerful hardware and some novelties aimed at improving the experience in controlling the games and a spectacular sound. You can see the presentation of this range on our YouTube channel.

Snapdragon 888 and the largest amount of RAM on the market

The new ROG Phone 5 They come equipped with the most powerful hardware on the market across the board.

Asus has opted for the latest chipset from Qualcomm with the Snapdragon 888 which, together with its GPU Adreno 660, provide the necessary muscle to move all kinds of games with the highest graphic quality, as well as the 5G connectivity.

An increase in power also implies an increase in temperature, which is why the new ROG Phone 5 range has the GameCool 5 cooling system and the accessory AeroActive Cooler 5 that have optimized their capacity up to 10%.

The AMOLED screen of the ROG Phone 5 It also brings important news, and in this model it grows up to 6.78 inch Y maintains 144 Hz improving tactile response up to 300 Hz with a 1 ms response.

In short, what the new generation of Asus gaming mobiles is to improve the gaming experience by making it more accurate both in the representation of colors and graphics, as well as in the control of the characters.

This experience of improvement in control is complemented with Air Trigger 5, a haptic trigger system that changes its position from the edge of the previous generation to the rear.

In this nNew generation ROG Phone 5 Asus It has been proposed to offer a good gaming experience in which improvements in image and sound quality are combined.

In this sense, ROG Phone 5 they leave the sound calibration in the hands of Dirac with a stereo speaker system to deliver HD sound.

Other difference we found between the three ROG Phone 5 models that have just been presented is the pantalla Vision ROG, a second Matrix screen located on the back that Asus has already mounted on the brand’s gaming laptops.

In this case, the screen ROG vision is reserved for the ROG Phone 5 Pro and ROG Phone 5 Ultimate models, being the first in color and the Ultimate in monochrome. This second Matrix screen indicates if the phone is charging, if there is an incoming call, if Mode X is activated etc.

Running the most demanding games on the market implies a greater effort in performance and that translates into higher consumption.

Asus ensures that the increase in battery capacity, together with the optimization of the processor guarantees a longer playing time and a shorter charging time so that you can enjoy your favorite games for longer.

The photographic equipment of gaming mobiles does not have as much weight as in other types of smartphones, but even so Asus has not left this section aside and integrates a rear camera with a sensor of 64 Mpx Sony IMX686, supported by a 13 Mpx ultra wide angle and one macro camera.

The camera module maintains a very similar appearance to that of the Asus ROG Phone 3. We will have to wait for the tests in our laboratory to see if the performance is also maintained. On the front part a 24MP front selfie camera.

Prices and availability of the Asus ROG Phone 5 in Spain

The new Asus gaming mobiles are already available in the reservation phase from the official Asus website, and will be officially on sale March 29.

Uber confirms that it returns to Barcelona with 350 taxi drivers who will work with its app: the taxi sector already threatens mobilizations