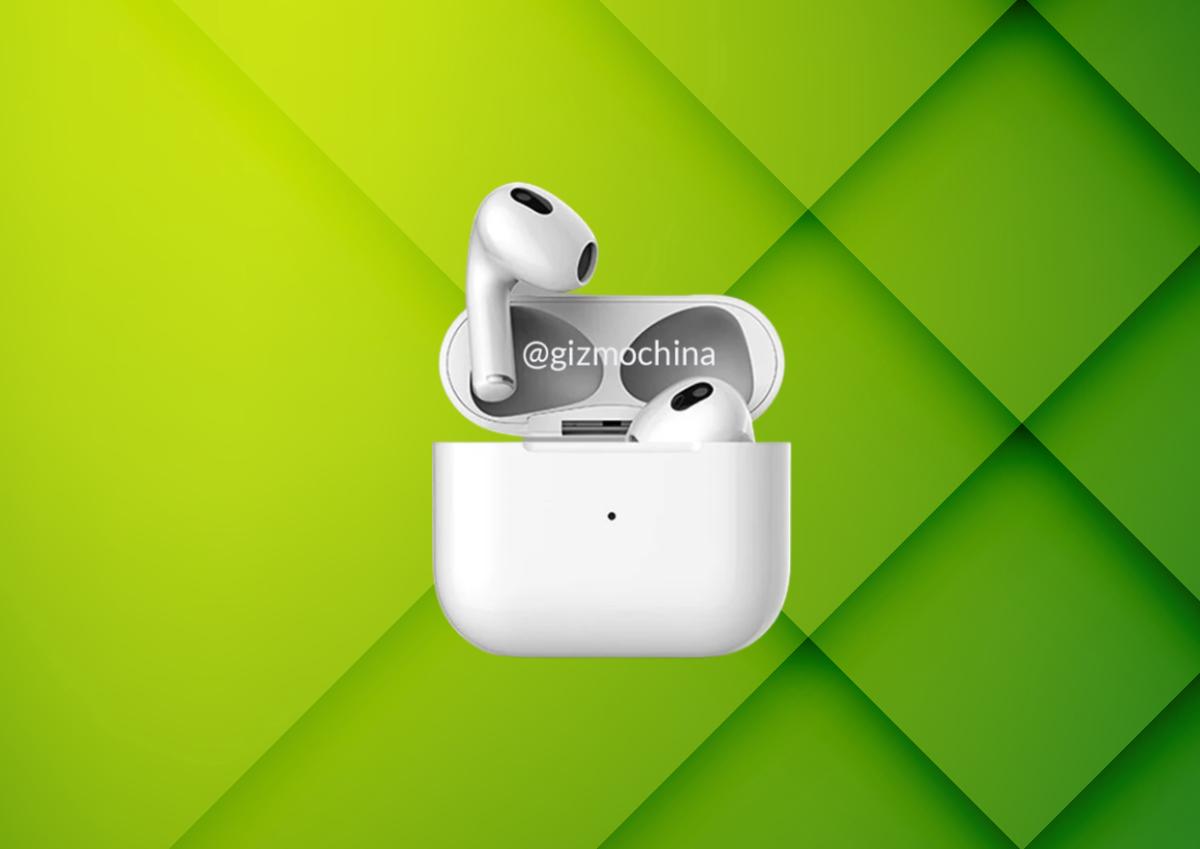 The third generation of AirPods has been seen in some leaked images. As rumors anticipated, Apple’s new wireless earbuds will have a design very similar to the AirPods Pro.

Since the first generation hit the market, Apple’s AirPods became the benchmark in the wireless headphone industry. Many brands have been inspired by them to launch their own alternatives, and the Cupertino company leads global sales of wireless headsets.

Rumors had already anticipated that the third generation of Apple’s wireless headphones would arrive in the first half of 2021, and everything indicates that they were not misguided. The specialized medium Gizmochina points out that we will most likely meet them before the end of March, and also He has shown us some renderings that let us see the design of the AirPods 3.

The leaked images confirm the information that the rumors had already anticipated. As you can see, the appearance differs a lot from the current AirPods 2 and follows the design lines of the AirPods Pro.

The headphones have shorter poles, and from Gizmochina they ensure that they will come with silicone ear pads to be more comfortable to wear, although this item does not appear in the images. The charging case has a more square and compact shape than the AirPods Pro, and according to previous leaks it will be compatible with wireless charging.

On the technical side, previous rumors indicate that the AirPods 3 will include pressure-sensitive touch input, ventilation and pressure relief for the ears, spatial audio, and perhaps an increase in battery life.

Although the Gizmochina report indicates that they could have active noise cancellation, previous leaks coincide in stating that Apple will leave this function for the AirPods Pro, since this characteristic is one of the great differences between the two models.

At the moment there is nothing confirmed, not even its presentation date. His coming-out could take place on March 23 at the Apple event that has been rumored in recent days.

The Nintendo Switch, without competition: why neither Microsoft nor Sony bet on portable consoles

Whatsapp: what is it for and how to make a second password?