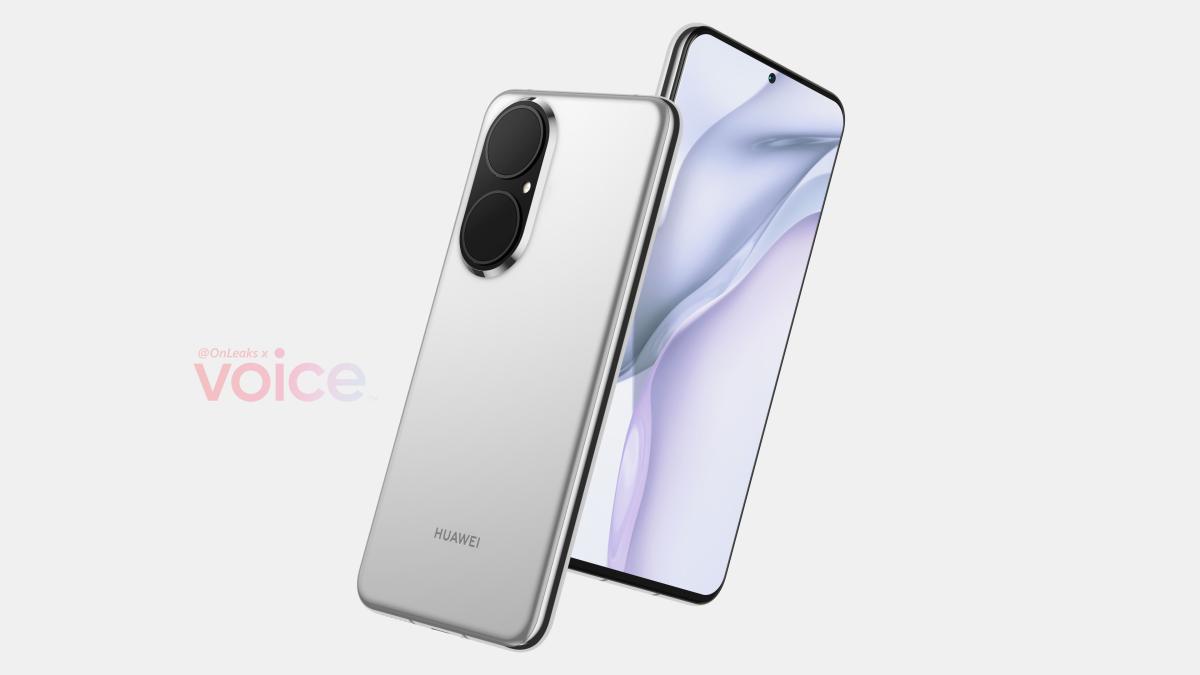 The design and features of the Huawei P50 have been revealed in a leak. As we can see in the images, it has the same camera module as the Huawei P50 Pro, although unlike its older brother it has a flat screen.

Everything indicates that in a few weeks we will know the new Huawei flagship series, and thanks to the rumors we can already get an idea of ​​the phones that the brand is going to present to us. A few days ago a leak showed us the first images of the Huawei P50 Pro, and now We already have among us the renders and some features of the Huawei P50.

The source of both leaks is the same: the popular leaker OnLeaks, who has shared the information via Voice.

When looking at the images, The first thing that stands out about the design of the Huawei P50 is its great resemblance to its older brother. It presents the same curious design of the oval-shaped rear camera module, which contains two large spheres in which the sensors will be integrated.

Of course, unlike the advanced terminal of the series, the Huawei P50 will have a flat screen and not curved. According to OnLeaks, the panel will be 6.3 inches in size with slightly thicker bezels than the P50 Pro and a more prominent chin. Unlike the Huawei P40, it will not have a dual selfie camera, instead it will come with a single sensor that will be housed in a hole centered at the top of the screen.

According to this leak, the dimensions of the P50 will be 148.9 x 71.06 x 8.5 mm, although the thickness amounts to 10.6 mm if we take into account the bulge of the rear camera. The rear is made of glass, as we saw in the P50 Pro, although the metal frame that surrounds the body is less curved and more linear.

After analyzing the Huawei P40 Pro we can anticipate that it is, without a doubt, a high-end with all the laws: in this analysis we delve deeply into its technical specifications to discover what the brand’s flagship offers.

Other details that OnLeaks has pointed out is that it will be equipped with a fingerprint sensor under the screen, two speakers located in the upper and lower frames, and an infrared emitter.

Regarding the photographic equipment, except for the shape of the module, there is no information related to the configuration of the cameras. However, the latest rumors suggest that we could find the largest Sony sensor mounted to date, the 1-inch Sony IMX800.

Now we can only wait for the presentation of the Huawei P50 series to know if these rumors are correct. The brand has not confirmed the date on which it will make the announcement, but it is said that it could take place on April 17.

The Surface Laptop 3 has a € 250 discount on this Amazon offer, and with delivery in one day

Participate and win a Roborock S7 robot vacuum cleaner: you just have to tell us what your father needs it for