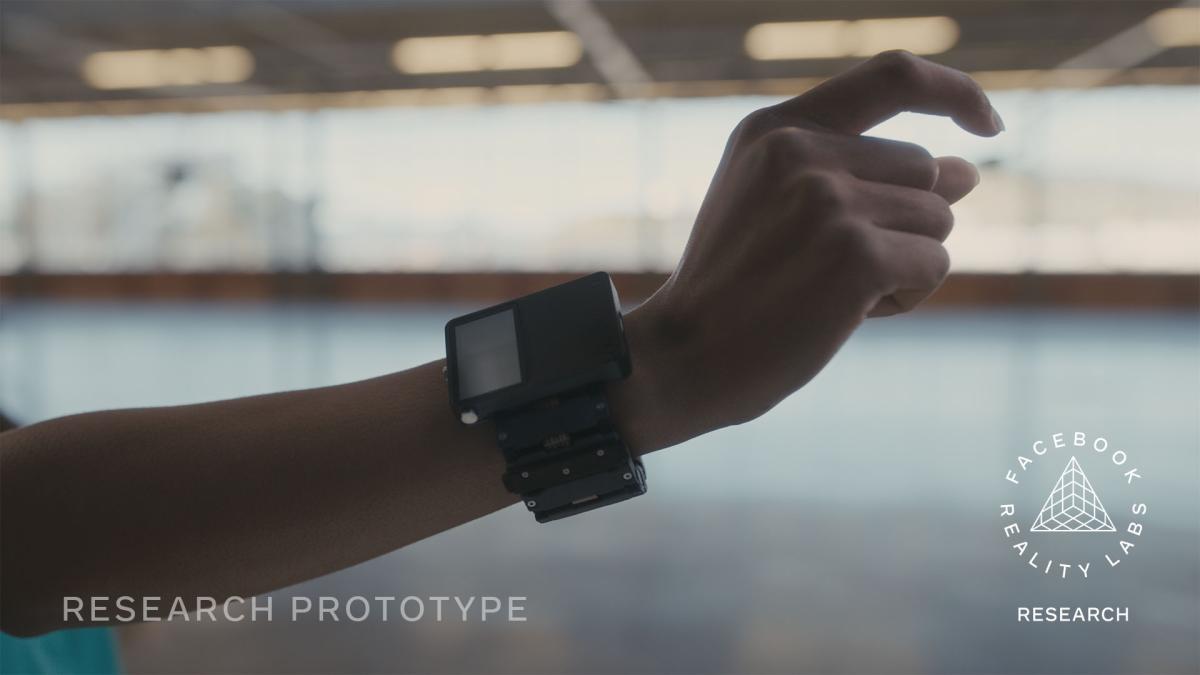 Facebook is developing a smart bracelet that will help create a new method of control and interaction between humans and the computer, in that order. This bracelet perfectly recognizes the movements of each part of the hand and fingers.

On March 9, the director of Facebook’s Augmented Reality Research Laboratory, Andrew Bosworth, shared the company’s vision for the next ten years in terms of how we will interact with computers and smart systems.

In that thread he showed a device, never before seen, that looked like an iPod attached to the wrist with which you can supposedly have very precise control of augmented reality and virtual reality environments.

Next week, we’ll share a more in-depth look at the wrist-based wearables work we have for the nearer term. Here’s a preview of one of the research prototypes we’ll be talking about pic.twitter.com/HChsxSuXby

However,how does that bracelet work? In the words of its creator, it is an electromyography device, that is, it recognizes the electrical signals of the nerves in digital signals. This implies that with the movement of any finger you could interact with virtual controls when using a VR headset system.

It could also be used for train a virtual system to capture movements and recognize the pressure applied to hold objects Even if your fingers do not move, the electrical signal from your nerves continues to reach them.

At the moment that bracelet has no name, it is a prototype, and there are already several versions of it, even with haptic feedback. Would an evolution of the controls we know of systems like Oculus Rift that allow the hands to be located in the environment but not to draw accurately or naturally hold objects.

The company has commented that the fingers can move when detecting the intention at a nervous level to move them, that is, it is neither motion capture nor is it neural control. It is in an intermediate step.

Bosworth comments that Facebook wants to lead this new paradigm shift in computing and understands that technology of this type is essential to connect people.

Be that as it may, despite having already functional prototypes, augmented reality or virtual reality has to advance a lot so that we can seriously consider this type of control systems and put aside the keyboard, mouse, touchpad or touch screen.

This Cecotec kitchen robot is on sale for 169 euros, one of the cheapest on the market