Who is Whitney Wolfe, the youngest billionaire in the world?


At just 31 years old, Whitney Wolfe is the world’s youngest (non-heiress) billionaire with a fortune of $ 1.5 billion, according to Forbes.

The title was earned in February when the co-founder and CEO of dating app Bumble went public.

At that time, she also became the youngest woman in the US to bring her company to the stock market. And he did it with his son in his arms.

Wolfe, born in Salt Lake City, United States, knew the business of online dating very well for years: she was co-founder and vice president of marketing for Tinder, one of the most popular applications in the world in the area of ​​online dating.

However, his experience at that firm did not end well. In 2014, she sued Tinder for sexual harassment, claiming that her ex-boss and ex-partner, Justin Mateen, insulted her and bombarded her with threatening text messages.

Although the company denied responsibility in the matter, Mateen was suspended and later resigned from his position. The dispute came to an end with an out-of-court settlement, but Wolfe declared a few years later in The Times newspaper that the situation was very tough.

“I was flooded with online hate, many attacks, people insulted me, really painful things that I had never experienced.”

He came to believe, he said in the interview, that at age 24 his professional career was over. “Then I woke up one morning and thought, ‘I’m going to rebuild myself.’

It seems that this “rebuild” was pretty quick. The same year that his relationship with Tinder ended, he founded Bumble with Russian billionaire Andrey Andreev. 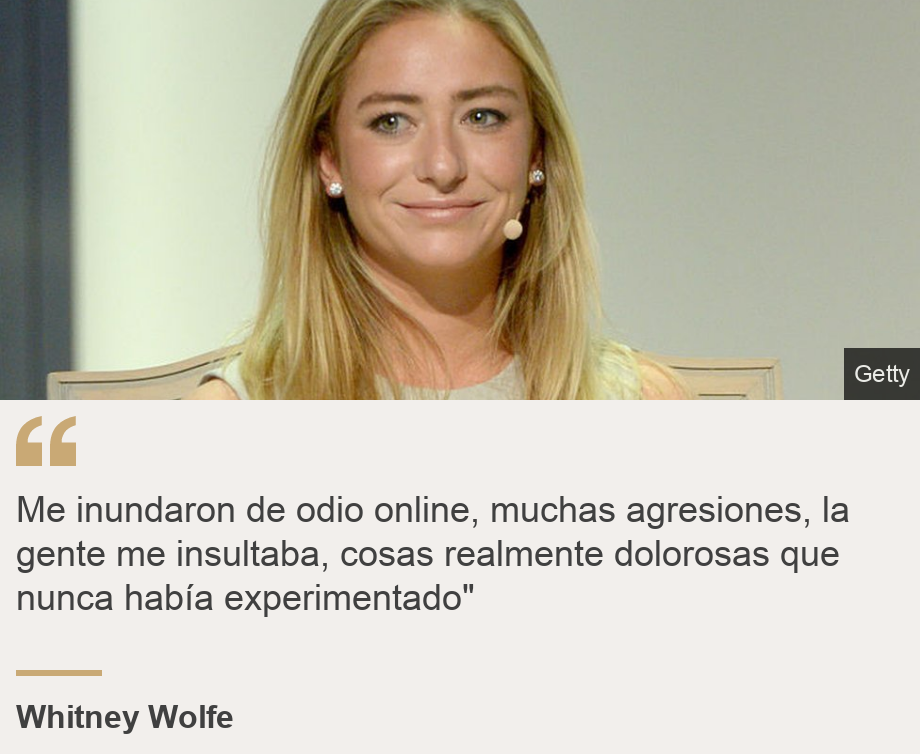 Although it was also a dating app, it had a different feature than the others: only women could start a conversation.

According to Wolfe, the idea was to give women greater decision-making power, a formula that proved effective with the company’s success.

In November 2019 Andreev left the company and a year later the Blackstone firm bought the Russian businessman’s stake.

When he was 11 years old, Wolfe went to live with his family in France. A few years later, he returned to the United States to finish high school and attend college, according to The Washington Post.

While studying International Relations at Southern Methodist University, Texas, he started some small businesses and founded a non-profit organization to support environmental causes.

At age 22, he joined Hatch Labs in Los Angeles and while working there, he came into contact with a startup called Cardify, run by Sean Rad.

That’s when Wolfe, Rad, and others worked to create the dating app Tinder, according to Money Inc.

The feminist profile of the businesswoman

Bumble was created as a dating app but over time the company has expanded its business.

In addition to contacting potential partners or occasional lovers, the application also has a space to find new friends, and another to generate professional contacts.

As part of the expansion of the business, Wolfe has raised a profile in the media with a feminist discourse and a profile as a defender of human rights, which has allowed her to position her brand as a firm that favors women.

“I am more dedicated than ever to helping promote gender equality and ending the misogyny that still plagues society,” she wrote in a letter posted on her company’s website, also expressing her support for the movement. Black Lives Matter.

He also promoted the passage of a law in Texas that penalizes the sending of photos showing “private parts” with a fine of US $ 500.

In an interview with Bloomberg, published in January 2020, Wolfe recalled the day he decided to start a campaign against penis photos.

Obviously in Bumble you cannot send photos of penises.

Currently the company claims to have 81 million users in 150 countries and is the second most popular dating app in the US after Tinder.

Although some experts have criticized the company for focusing its marketing strategy on women, reducing its chances of growth among men, the firm has had good results.

In the midst of the covid-19 pandemic, Bumble reported revenues of US $ 417 million in the first nine months of 2020, a significant increase from the US $ 363 million it achieved in the same period of the previous year.

What will Wolfe do now that the firm is trading on the stock market? His plans are a mystery. What he has said publicly, in an interview with CNBC on the same day as the IPO, is that he will continue to work for the success of the firm.

“Every day we get up in the morning and focus on building an experience around women, for women.”

Now you can receive notifications from BBC Mundo. Download the new version of our app and activate them so you don’t miss out on our best content.

Identify and polish the professional profile, keys to finding a job

You can finally buy a new Amzon Echo Dot, the speaker with Alexa and to celebrate it they have reduced it by 15 euros