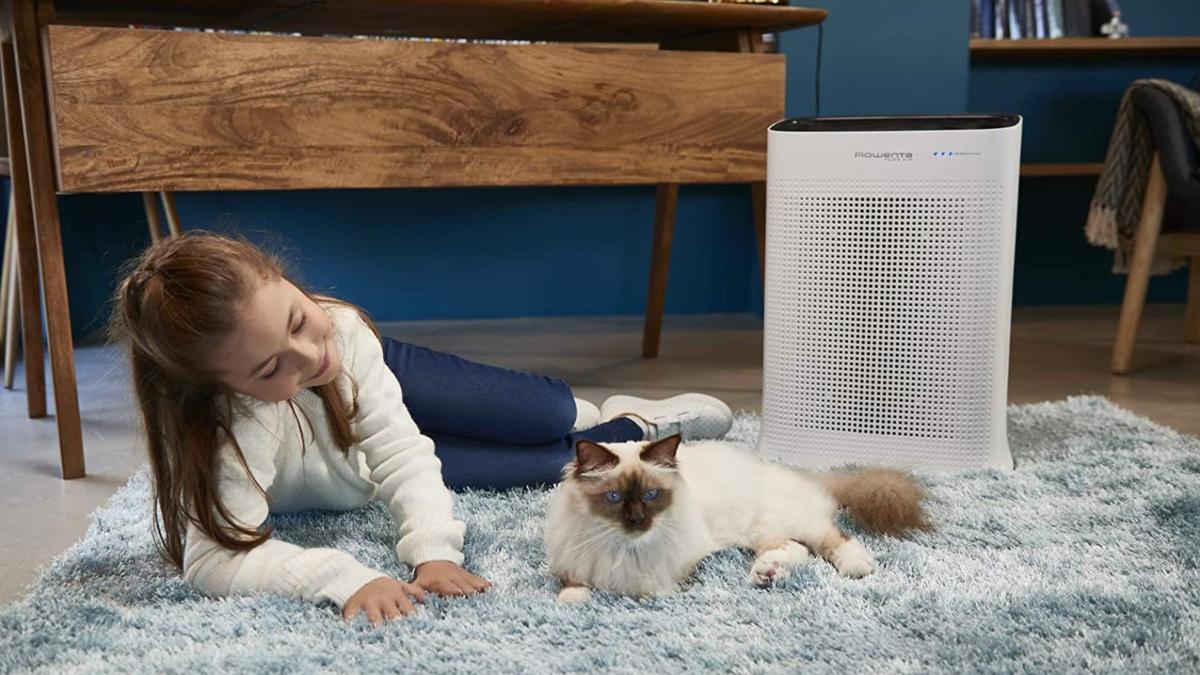 Don’t let an allergy make you bitter: these air purifiers are perfect to avoid it, at least at home

With the entry of spring and milder temperatures warn of the arrival of allergies and more pollution, but with an air purifier in your home you can clean the air to avoid the consequences of allergens.

Improving temperatures and the arrival of spring means that it is the worst time of year for anyone with allergies. Although the use of masks improves the life of the allergic person, at least it makes it more bearable, when we are at home the situation changes.

The air purifiers are products that are essential for anyone with allergies to almost any airborne particle. Thanks to its HEPA filters capture more than 99% of those small elements, in addition to eliminating odors and external contamination.

Get ready before it’s too late and the trees and plants start to bloom, also that pollution be more serious in large cities due to the lack of rain with one of these air purifiers and breathe deeply without problems.

If you are looking for an air purifier that can clean large environments such as a living room or living room, without neglecting to take it to a smaller room, right now this Xiaomi Mi Air Purifier 3C It is a good choice. It’s on sale at AliExpress Plaza for only 99 euros with free and fast shipping from Spain.

With its HEPA filter it is capable of capturing 99.97% of the 3 micron particles in addition to being able to purify up to 106 m² per hour and expels the air from all sides.

This air purifier is recommended for rooms up to 31 square meters. It is used to eliminate suspended particles, something useful for people with severe allergies.

It is compatible with Alexa and the Google assistant. In other stores like Amazon it is more expensive, from 116 euros with free shipping, but not fast.

A cheap purifier that is not very large, but can still clean the environment of a large room could be this Cecotec TotalPure 1500 Connected. It is an intermediate size purifier of 40m3.

It is available in the Cecotec online store in Spain for only 79 euros. Shipping is free and fast as it is sent from its warehouses in Spain to the entire peninsula and maintains a 2-year warranty.

TotalPure 1500 is Cecotec’s economical air purifier. It can be controlled with the mobile via WiFi, has three modes of use, HEPA filter and has a coverage of 40 m3 with a maximum filtering capacity of 100 m3 / h.

Its HEPA filter is capable of capturing particles of up to 3 microns, cleans the air of these elements such as dust, mites and also absorbs bad odors such as tobacco or food. It is very compact, only measures 31 x 26 centimeters and is controlled with 3 buttons on its front or with its application because it has WiFi.

At ComputerHoy.com we have recently analyzed this Cecotec TotalPure 1500 Connected and you can get our impressions on how this air purifier works.

In search of a more compact, beautiful and silent air purifier, then this Nobebird purifier is right now the best offer you can get. In Amazon it only costs 69.99 euros, but with a discount coupon applicable on its page it stays at only 54 euros.

Count with one filter HEPA H13 which is capable of capturing 99.95% of particles down to 3 microns and which are commonly used in operating rooms or in clean rooms where microchip components are produced.

Get the Nobebird Air Purifier for € 54.99 on Amazon

It is designed to clean pollen, dust mites and mold spores (among other elements) in spaces of up to 20 m², making it perfect for rooms and spaces in between. It is quieter than other models, with a noise of up to 28db so you can use it while you sleep.

It has a screen that indicates the quality of the filter and when to change it, as well as being able to control the 1, 2, 4 and 8 hour timer. or the 4 levels of fan speed.

For those who are looking for a good purifier that is beautiful because you want to integrate it into the design of a room, this purifier Levoit Vista 200 It is a good option, because it is also portable that has a simple and minimalist design

Works for rooms up to 15 m² and it is quite silent so you can use it in rooms while you sleep.

Cost about 69 euros on Amazon and it is perfect for placing different units around your house, especially in places where people with allergies are.

It has a timer and 3-speed adjustment of operation, which depending on its power will take more or less to clean the air. Its HEPA filter captures 99.97% of dust, pollen, smoke, odors and even pet hair down to 0.3 microns that are suspended in the air.

If you have a large room where you want to install an air purifier then you need one with a great power and filter capable of supporting so much air flow. Right now this Rowenta Pure Air PU3040 has a range of action of 120 m² Y It is reduced on Amazon to 199 euros.

It is a very good option for large living rooms or dining rooms, also for offices that although they are not as large as 120 m²They are large enough to accommodate several people.

It has a timer or an automatic day and night mode that controls the speed and hours of use, for example it is less powerful at night and lasts less time so as not to disturb. It has 4 levels of filtering capable of capturing 99.99% of allergens and fine particles down to 3 microns.

Note: It may be shown as Tefal or Rowenta as they are part of the same business group, but it is the same product.

These are the airless bicycle wheels, powered by NASA