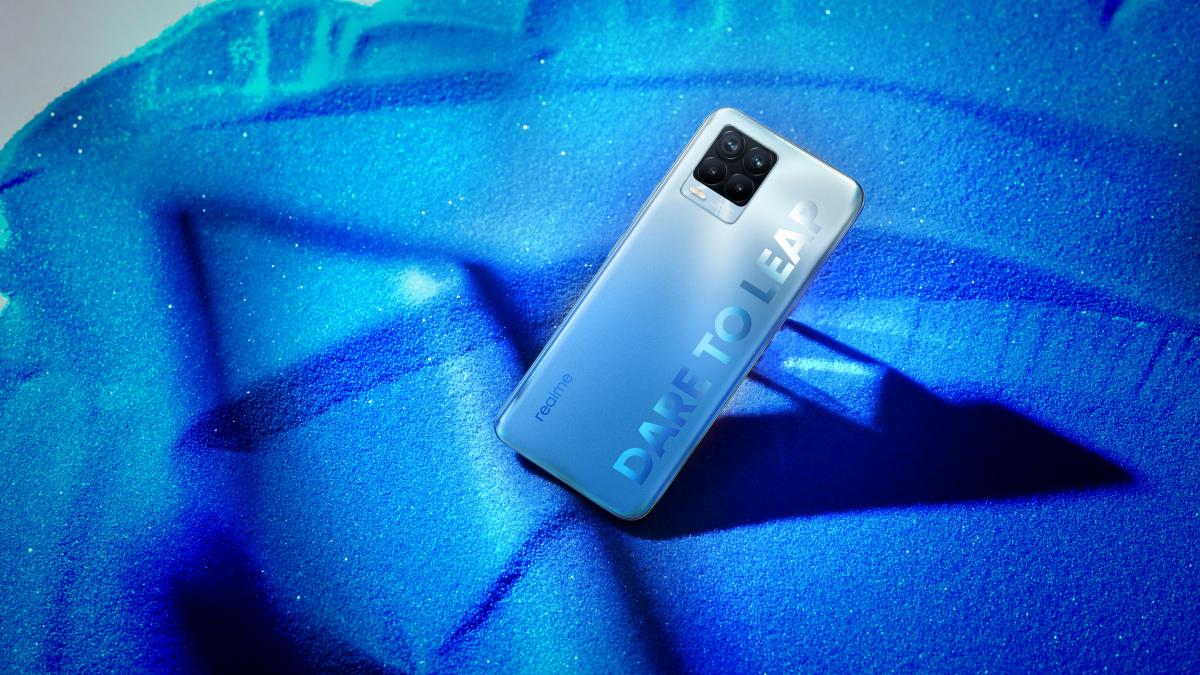 Realme: from series 5 to 8, the obsession to develop the most advanced smartphones at the best price

The realme brand is responsible for facilitating access to affordable phones with four cameras, 90 Hz screen, AMOLED panel or 65w fast charge. Now it returns to the load with the realme 8 Pro, a terminal with a 108 megapixel camera that will be launched on March 24 at a global event.

In October 2019 really he made his gala presentation in Madrid to make himself known in Spain, in an event that meant not only his arrival in our country, but also the confirmation of his commitment to the European continent.

Realme started its operations in Europe with the milestone of having been Fastest brand to reach 8 million phone shipments in less than 1 year. His vocation, since then, has been make devices with advanced features available to all users at the best possible price. After a year and a half of travel in the Spanish market, we can say goal achieved!

How has this process been? The first milestone was undoubtedly the arrival of the realme 5 Pro, a terminal that was a before and after for the photography buffs. It was the first smartphone to have a quad rear camera with a price of less than 200 euros. Furthermore, the main lens of this quartet had 48 megapixels, nothing less. And his selfie camera was 16 mp with sensor Sony IMX 471.

The quad camera was a feature highly desired by users in 2019, given the creative possibilities it offers: playing with the bokeh effect, taking photos of plants and animals in macro mode, making the most of the wide angle to show the beauty of certain landscapes. , etc.

Device configuration with 4 GB of RAM and 128 GB of internal storage it began to be marketed at a starting price of 199 euros. His formula was a success and was very well received by the young public, reaching 18 million units sold in its first months.

The realme series 6 it kept the four rear cameras, taking the main lens up to 64 megapixels. In addition, the realme 6 Pro went one step further, reaching the half a dozen glasses (counting its dual front camera).

On the other hand, the 6 series brought new specifications of the flagships to the mid-range. The realme 6 landed in Europe in April 2020 and stood out for including a screen with 90 Hz refresh rate ultrafluida.

This refresh rate is ideal for gamers, as it allows games to be run on a smartphone without any visual lag or lag. Likewise, this specification is equally useful for using programs and apps with a lot of graphic or audiovisual load.

In the serie 7, realme decided to reinforce another feature for which it had already been betting: fast charging. This new batch of phones, introduced in October last year, stood out for incorporating the fastest charging in its range. The Chinese manufacturer accompanied the realme 7 Pro of 65w SuperDart charging technology. With it, this model can charge up to 13% in just 3 minutes and reach 100% in 34 minutes.

They also advocated endowing their realme 7 Pro of a Super AMOLED screen, a feature that allows a spectacular display of on-screen content with astonishing color.

The legacy continues with the realme 8 Pro

The latest addition to the realme family is the realme 8 Pro, its new top of the range. Incorporates a spectacular 108 megapixel camera, which makes it the first device of the company with a lens of these characteristics.

Its main component is the latest generation of sensor HM2 de Samsung de 108Mp, which by being compatible with the pixel binning (grouping of pixels) 9 in 1, ISOCELL Plus y Smart-ISO, provides the terminal with great capabilities to be able to take perfect snapshots in different light conditions.

Thanks to your tecnología In-sensor Zoom built-in, photos with 3x zoom are sharper than those captured by some optical telephoto lenses. Lovers of astronomy and night photos will also love its constellation mode or Starry Mode, with which you can capture the starry sky on video using time-lapse.

The photographic section of the new realme 8 Pro also stands out for the diorama effect. This makes only one area of ​​the photo appear clear and the other areas appear out of focus, to give the impression that miniature objects are being captured, such as in a model.

Also, the realme 8 Pro is the first to launch with the customization layer. realme UI 2.0, based on Android 11. It is safer, faster and more fluid and brings new possibilities to realme UI, one of the most customizable operating systems seen to date.

To protect the privacy of its users, the company has provided its flagship with Deepsea, a program with which the security of personal data and private information is guaranteed. In this private space it is possible to save password-protected apps and files.

The smartphone is launched in Spain on March 24th and it will be accompanied by the new smart watch realme Watch S Pro and wireless headphones realme Buds Air 2. The first has 15 training modes and a blood oxygen meter, among many other features. As for the realme Buds Air 2, they incorporate active noise cancellation (ANC) thanks to its realme R2 chip.

The global launch event will begin at 3:00 p.m. (CET) and with it the company will demonstrate the importance of Europe in its brand strategy. The keynote can be followed in this link.

All the premieres of the week on Netflix: return to Victorian London with Los Irregulares

If you want to have the new Xiaomi Redmi Note 10 Pro before anyone else, you can book it at Amazon cheaper, only 249 euros