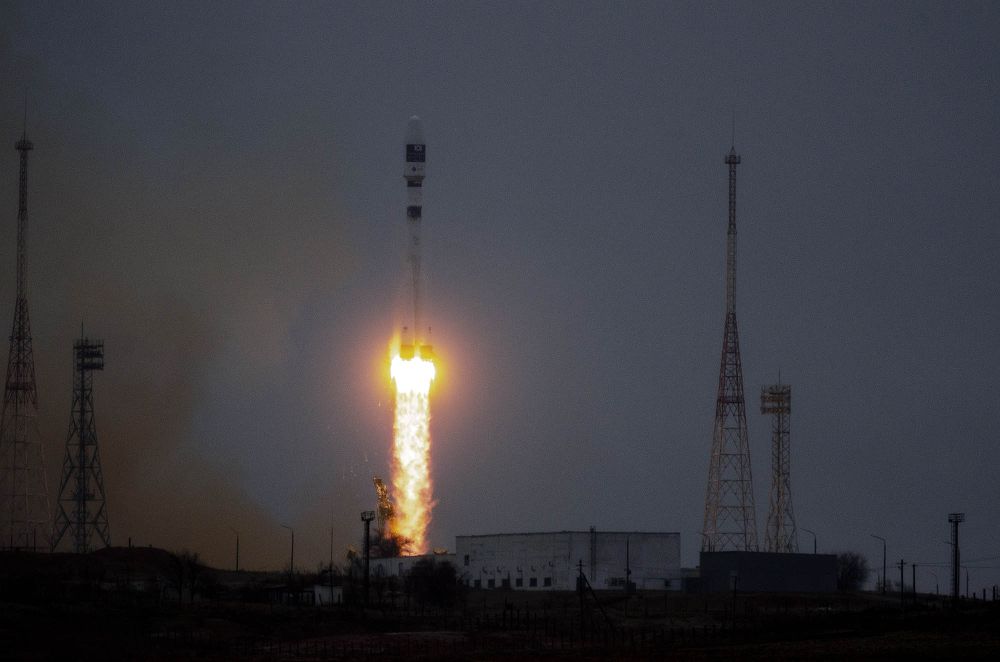 The historic Baikonur Cosmodrome (Kazakhstan) has been this Monday, after a two-day delay due to technical problems, the scene of a new step forward for the Spanish space industry. It is not just any place. From this station the first artificial satellite (Sputnik 1) was launched and from here Yuri Gagarin also departed to complete the first manned orbital flight. The telecommunications company Sateliot, based in Barcelona, ​​has launched from this remote place a nanosatellite – an emblem of what has been dubbed the new space– to cover the internet of things hand in hand with 5G technology. Its first client is the Generalitat, which awaits the launch shortly after 7.00. “Catalonia, we put ourselves in orbit”, the Catalan Government’s campaign enthusiastically proclaims, thus also starting its space adventure.

The old space What Baikonur has witnessed as a privileged witness – with devices the size of a bus, designed for years and very expensive – gives way to a new space – with satellites no bigger than a microwave and infinitely cheaper – that is accessible to companies. Nanosatellites have been a reality for years. But Sateliot emphasizes that his is special, because it is “the first in the world to carry out tests of ground-space communications with 5G coverage”. The company’s idea is to have in orbit, by 2025, a “constellation” with a hundred of these devices that will spread the internet of things.

The award to Sateliot, for half a million euros, is a sample of the Catalan Government’s commitment to the “economy of space”, which according to its calculations will generate 1,200 jobs and 300 million in just five years. This first nanosatellite -which the Government has baptized with the name of Enxaneta and the company, with the more technical 3B5GSAT- will serve to improve connectivity in Catalan territory in places where mobile coverage does not reach or is insufficient. Through small sensors, the extra coverage of the satellite will make it possible to monitor the flow of rivers and water reserves, monitor wildlife or control crops to make more efficient use of water.

Many uses of this new technology “are yet to be discovered,” says the CEO of the telecommunications company, Jaume Sanpera. “We are sitting down with the departments of the Generalitat to uncover cases,” he explains in conversation with EL PAÍS. The first nanosatellite will serve as a test, and only when more are in orbit (16 at the end of next year) can they be used “more intensively”. Sateliot plans to provide services to governments and entities, but above all to companies: for transport, oil operations, control of critical infrastructures, logistics, environment …

The key to the business is that the “constellation” provides coverage where terrestrial communications do not reach. And that affects 90% of the planet’s surface, according to the company’s calculations. Nanosatellites function as telecommunications towers from space – they orbit about 500 kilometers from the earth – and are something of an extension of coverage for mobile operators. Transmission is possible by means of tracking devices or trackers, which are “very small and cheap” and the same can be placed “in a sheep, a solar energy plate, a merchandise container, a garbage container, a bicycle or an endangered animal”, says Sanpera. These sensors also use little battery.

The Spanish space industry is in good health, although Sanpera misses the push from public administrations, as is the case in the United States or France. The space sector is “a unique opportunity to position Spain as an innovative country”. And the time is now. The engineer believes that we are on the verge of a revolution comparable to the appearance of the internet or smartphones, and that is why Spain cannot get off the hook from a race in which, without a doubt, the rest of the countries will want to compete.

The Catalan Government does not seem to want to be left behind in this new space race. Through the Institut d’Estudis Especials de Catalunya (IECC), it has already contracted a second nanosatellite for 1.7 million to Open Cosmos for observation, soil productivity analysis, fire prevention, rural development or water management.

In this first launch from Baikonur – which, 6,000 kilometers away, offers very competitive prices – the Sateliolt nanosatellite has shared a path with 30 other small satellites. All of them have traveled aboard a Soyuz rocket, which, like an elevator, has left them in their respective “orbits”. The launch was originally scheduled for Saturday, but had to be postponed due to a technical problem. Sanpera insists that it is “the first time” that the 5G mobile phone standard will be tested from space. In a few weeks it will be known if the device, which goes around the Earth every hour and a half, works well and begins to provide data.

The Amazfit GTS 2e drops even more in price: one of the best cheap smartwatches now costs only 117 euros