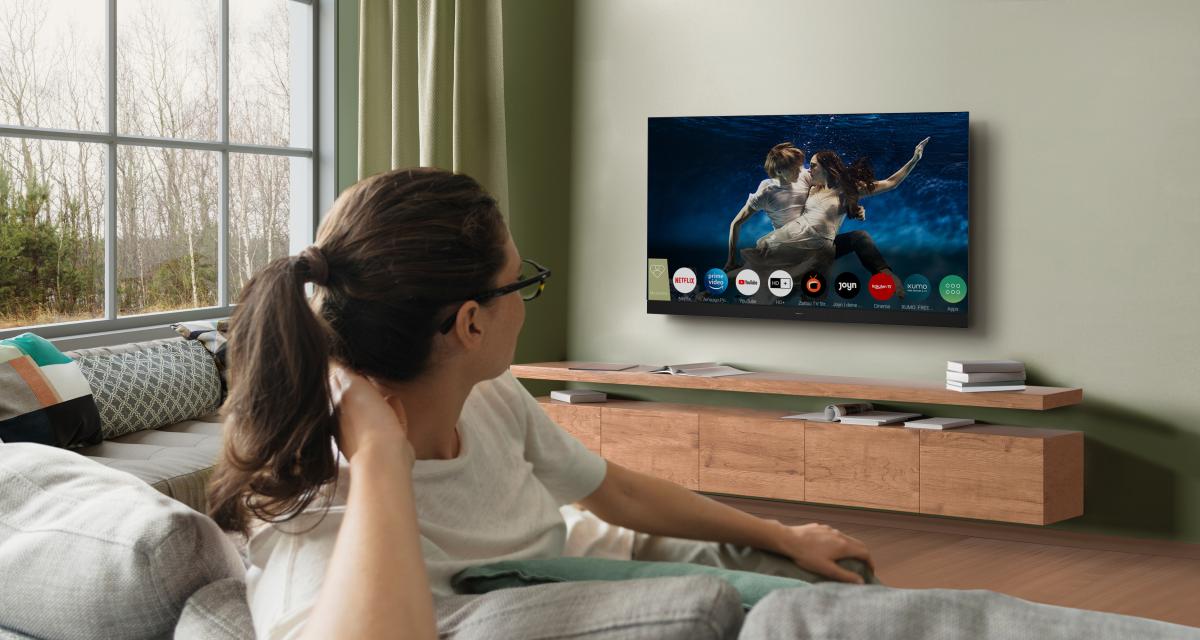 The television has become the most important device in home entertainment. Panasonic has just presented the novelties in OLED and LED televisions for 2021.

Far from becoming the “silly box” that it used to be, televisions have become one of the technological protagonists in homes and increasingly have smarter options.

In situations like the current one, in which we spend more time at home enjoying series, movies and games at home, manufacturers concentrate all their efforts to bring the best image and sound quality to the living rooms.

Following the preview it gave us with the presentation of its flagship JZ2000 in January, Panasonic has just introduced its range of televisions OLED with the JZ1500, JZ1000 and JZ980, as well as the JX940, JX850 and JX800 high-end LED TV which delves into the quality of image and sound.

One of the novelties that Panasonic presented to us at CES 2021 was the arrival of the new HCX Pro AI processor equipped with artificial intelligence. This new processor detects the type of content that is displayed on the screen and optimizes it to have the best image and sound experience for cinema, sports or video games.

Panasonic has announced that this chip will have two versions. The most powerful version is HCX Pro AI that we already knew about the JZ2000, which now also reaches the rest of the OLED JZ1500, JZ1000 and JZ980 models, as well as the JX940 as the most advanced model of LED televisions.

On the other hand, the JX850 LED TV will mount the HCX AI processor, which loses some functions with respect to the high-end processor, but maintains its essence in the intelligent processing of the images and sound that are displayed on the television.

Furthermore, the Japanese company has announced that its acclaimed Filmmaker Mode picture mode, which applies a color profile as close as possible to the one established by the content creator, will be present on all Panasonic televisions in the range and not only on the most exclusive models as was the case in 2020.

Gaming and the new consoles are strongly driving the implementation in televisions of technologies that until now were only present in gaming monitors for PC.

Panasonic has announced the optimization of all the functions involved in obtaining the best gaming experience under a specific profile: the Game Mode Extreme.

2021 Panasonic TVs will have full native support for HDMI 2.1 and they will be able to lower the latency in games by up to 40%, achieving an input lag (time that elapses between pressing the button on the control and moving the character on the screen) in games it drops to minimum limits

Other improvements such as the VRR (Variable Refresh Rate), ALLM (Auto Low Latency Mode) y HFR (High Frame Rate) that allow synchronization with the new consoles or PC Gaming to improve the gaming experience from the television.

Another novelty that the range of Panasonic TVs by 2021 It is the arrival of Android TV to the LED range of the Japanese brand.

For the moment, Android TV will only be available on the JX800 model, while the rest of the models presented today will be equipped with My Home Screen 6.0 as a Smart TV platform for their 2021 televisions.

Some of the novelties that the renovation of My Home Screen 6.0 is the support with Dual Bluetooth Connection that allows you to connect the TV to two different headphones to play as a couple without disturbing anyone, for example, or the mode My Scenery that provides a more decorative utility to the television.

Dyson V15: the new upright vacuum cleaner adds lasers to analyze and illuminate the specks of dust as we pass them