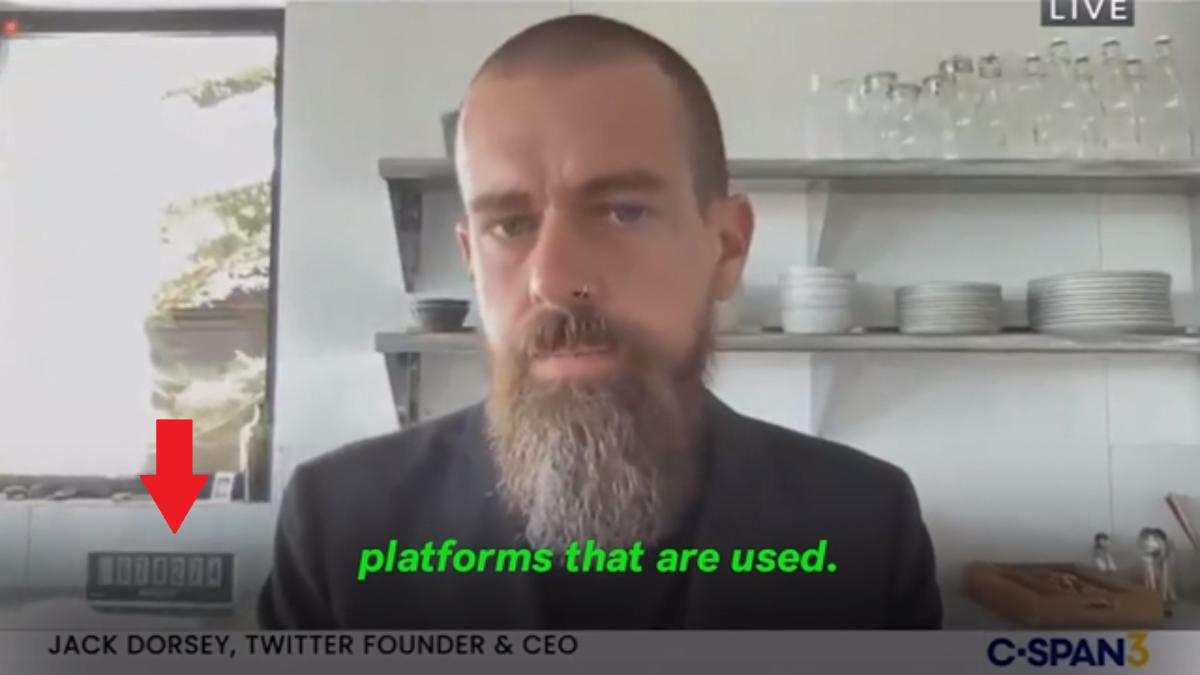 What is the Bitcoin watch, made fashionable by the creator of Twitter

In full statement to Congress, broadcast on video from his home, Twitter founder and CEO Jack Dorsey had a special interest in displaying a curious watch. It is a cryptocurrency watch.

The CEOs of Twitter, Facebook and Google are being questioned by members of Congress to determine their involvement in political disinformation campaigns and fake news that have influenced the US elections and public opinion in recent years.

It has been a solemn declaration from their homes, but In the case of Twitter founder Jack Dorsey, he seemed more interested in showing a strange clock that does not tell time., than in the interrogation itself.

During the questions of the congressmen, through a video call, Jack Dorsey appears in what appears to be the kitchen or pantry of his house, since plates and glasses are seen on a shelf, in addition to a window. And on the side, in a deliberate pose for the camera, a bitcoin watch.

Jack Dorsey is passionate about cryptocurrencies. He has supported its use numerous times, and has even sold his first tweet for almost $ 3 million, through NFT, a technology to sell digital goods that uses the blockchain of the cryptocurrency Ethereum.

What he shows in the video is what is popularly known by the name of bitcoin watch, although this particular model is called BlockClock Mini. It is manufactured by Coinkite, costs $ 399 and works for other cryptocurrencies as well.

What are these types of watches used for? They are connected to the Internet and show the real-time value of Bitcoin, or any other cryptocurrency you request.

It can also display other information, such as the blocks as published by the miners, or your balance in Opendime. And yes, it also tells the time, but it’s a bit absurd to buy a $ 400 watch to see what time it is. Although Dorsey is a billionaire and can afford it.

From the way the clock is displayed in the video of the statement before the congressmen, it seems obvious that Jack Dorsey intentionally wanted to show the clock. With what objective?

Show your support for cryptocurrencies? Make these types of devices fashionable? Who knows … But if his intention was that there is more talk of the clock than of the responsibility of social networks with Internet misinformation, it seems that he is getting it …

Amazon drivers would be peeing in bottles to be complimented