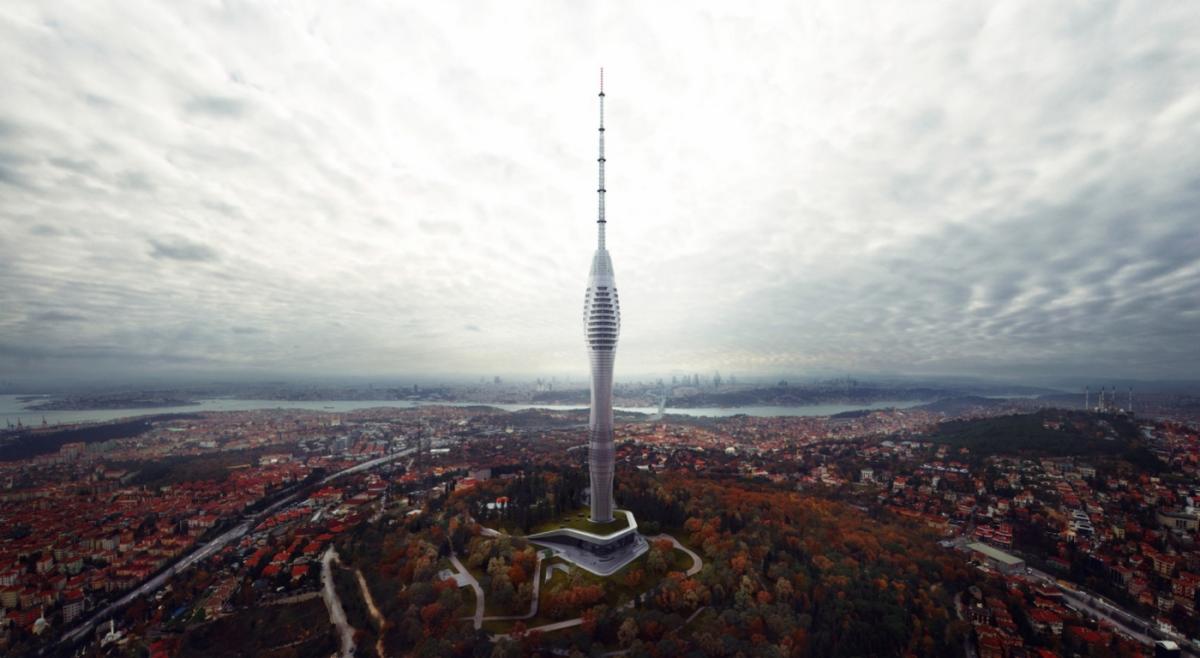 This nearly 400 meter communication tower is where Asia and Europe meet.

As seen in the spectacular photograph, there are no tall buildings in Istanbul. That is why the tallest communication tower in Europe soars even more imposing towards the Turkish sky.

Turkey seeks to modernize its multimedia communications with the construction of the spectacular Istanbul Radio and Television Tower, erected at the point where Asia and Europe meet.

With their 369 meters high It is the tallest telecommunications tower in Europe and the third tallest building on the continent, only surpassed by the Moscow Federation Towers (374 meters) and the Lakhta Center in Saint Petersburg (462 meters).

The most remarkable aspect of this communications tower is its asymmetrical silhouette, which changes depending on the point from which you look at it. What’s more the lower part detaches and becomes an elevator that will lift visitors up to 180 meters high, to enjoy views of two continents simultaneously:

The peculiar design of the dome is not only aesthetic. It has this shape for aerodynamically avoid strong winds in the area.

Funded by the Turkish Ministry of Transport and Communications, its main use will be to replace several outdated communication towers, and to host more than 125 radio and television stations in one place.

Also under the dome, just as far as the elevator reaches, at about 190 meters high, there are a two-story restaurant with some of the best views to be enjoyed in Europe.

It also houses a viewpoint, for the more daring, as well as a cafe and a park at ground level.

The Istanbul Radio and Television Tower It is the work of the Turkish architects studio Melike Altinisik Architecs who has carried out numerous spectacular projects in Turkey itself, and in South Korea.

Construction of the tower began in 2011, so it took almost 10 years to build. It has 29,000 useful square meters, and its inauguration is scheduled for this spring.

According to the Turkish government, expect to receive 4.5 million visitors a year. It is certainly a building worth a visit, if you travel to Istanbul. Climb to the top of the tower, only for the bravest …