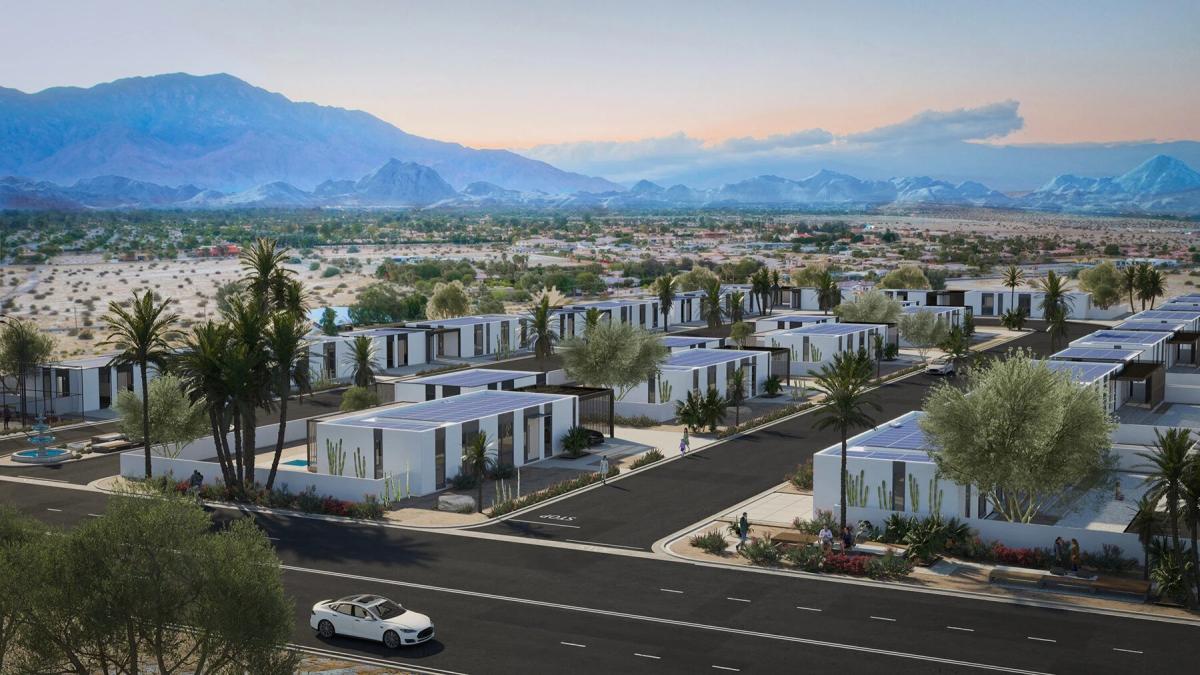 Are we witnessing a new revolution in the construction sector? Time will tell, but at least for the moment printing entire neighborhoods in 3D does seem like a solution to cover certain needs.

The current construction model does not seem to keep up with the times. Today’s homes take a long time to build, and are very expensive. After several economic crises and a pandemic, many people cannot pay them, and that is why the rent has skyrocketed. A solution could be 3D printed houses, cheaper and buildable in just a couple of weeks.

We have already seen some houses printed in 3D in recent times, but the proposal that we are going to see now goes a step further, by announcing the construction of the first neighborhood in the world made with houses printed in 3D, and also self-sufficient.

These houses are built with a 3D printer that uses cement in just a few weeks, with a reduced number of just 2 or 3 bricklayers, so its cost is cheaper. Although in this specific case other factors such as the luxury area where they are located, and the installation of solar panels so that the house is self-sufficient, influence the price.

It is neighborhood of 3d printed houses It will be located in Rancho Mirage, which despite the name is not a ranch, but a high-income population of about 20,000 in California.

In total they will be built 15 houses, according to account Designboom, in a project developed by Palari Group and Mighty Buildings, which is the specialist company in this rapid construction technology.

The Comgrow Creality 3D Ender 3 3D printer is one of the most affordable and top-rated on Amazon. It is a DIY 3D printer with a printing surface of 220 x 220 x 250 mm. It only needs 5 minutes to warm up, and it is able to resume printing when stopped.

There is also a guest house or secondary house of 65 square meters with two bedrooms and a bathroom. Without forget the large garden, and the swimming pool.

As seen in the opening photo, the entire roof of the house is lined with solar panels, since the objective is that they are self-sufficient of energy. In addition to the panels, they will have tesla batteries to store electricity and recharge the electric car.

As we say, 3D printed houses usually cost between 30 and 40% cheaper than conventional ones. But in the case of this new neighborhood of Rancho Mirage Other factors intervene, such as the 10,000 meters of land in a luxury area of ​​California, the swimming pool or the solar panels.

The cheapest house will cost $ 595,000, and the most equipped version goes up to $ 950,000. It does not fulfill the objective of which we spoke at the beginning of the news, but surely they will take them off their hands …

"Spontaneous generation" will not exist, but isolated ponds continue to fill with fish: the mechanism that solves a mystery of hundreds of years