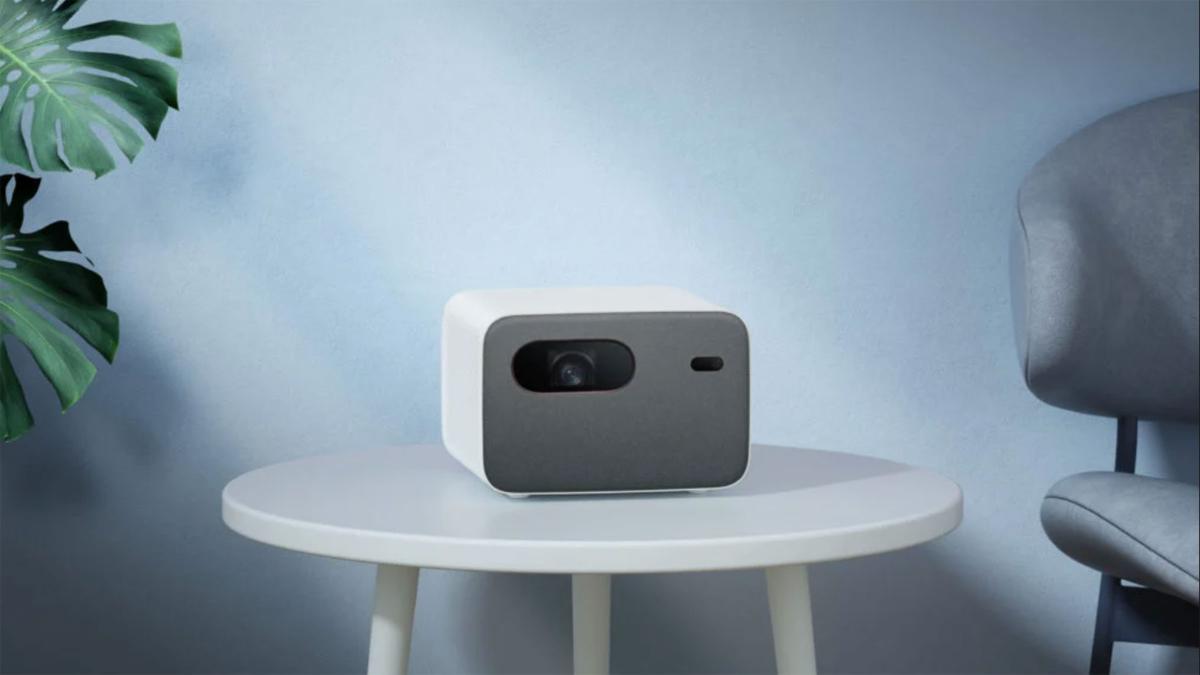 For years Xiaomi has wanted to sneak into our home with the best smart devices, and if they started with mobile phones, they also have other devices such as projectors on the market, and the most advanced version has just been announced for Europe.

You might miss its presentation since it coincided with the advent of the M 11i and the Mi Band 6, but the Chinese company also wants to bring the smartest cinema to our home with the Mi Smart Projector 2.

But it is not a totally new product, since it is basically the MIJIA Projector 2 that was launched in China in the summer of last year, but this global version is slightly improved with the inclusion of the Google Assistant and Android TV.

The first thing we look at when buying this type of projectors in its resolution, that in this case the Mi Smart Projector 2 reaches 1920 × 1080 px, and with an adjustable screen size between 60 and 120 inches, so that there is no wall or ceiling that can resist you.

The power of the projector is protected by the 0.47 inch DMD processor which is capable of reaching a maximum brightness of 1300 ANSI lumens. Unsurprisingly, this projector supports HDR10 technology, for more realistic colors and more vivid image quality.

If we go to the audio, count on the 10W speaker with DTS-HD and Dolby Audio support, and is based on two tweeters and two full-range woofers.

Something that you may love is that this projector can be used as a standalone speaker, thanks to its compatibility with Bluetooth, and also with Google Assistant voice commands.

Xiaomi has wanted to explain with special attention that its new projector is capable of omni-directional keystone correction so that the screen dimensions can be automatically aligned, thus achieving a perfect rectangle on the wall or ceiling, from any direction within 40 °. They also emphasize that it can achieve an automatic focus like a camera and a ToF sensor.

It is a projector that relies on the operating system Android TV and that also brings games and many other applications. The interface is simple, and as we said, it has the Google assistant to be able to use the different voice commands.

The first buyers of the Mi Smart Projector 2 will be able to purchase it for € 899, although it will be sold in the market at a recommended € 999, on a date yet to be confirmed.

Still single? In Japan an artificial intelligence looks for you a partner, but does not look at your age or tastes