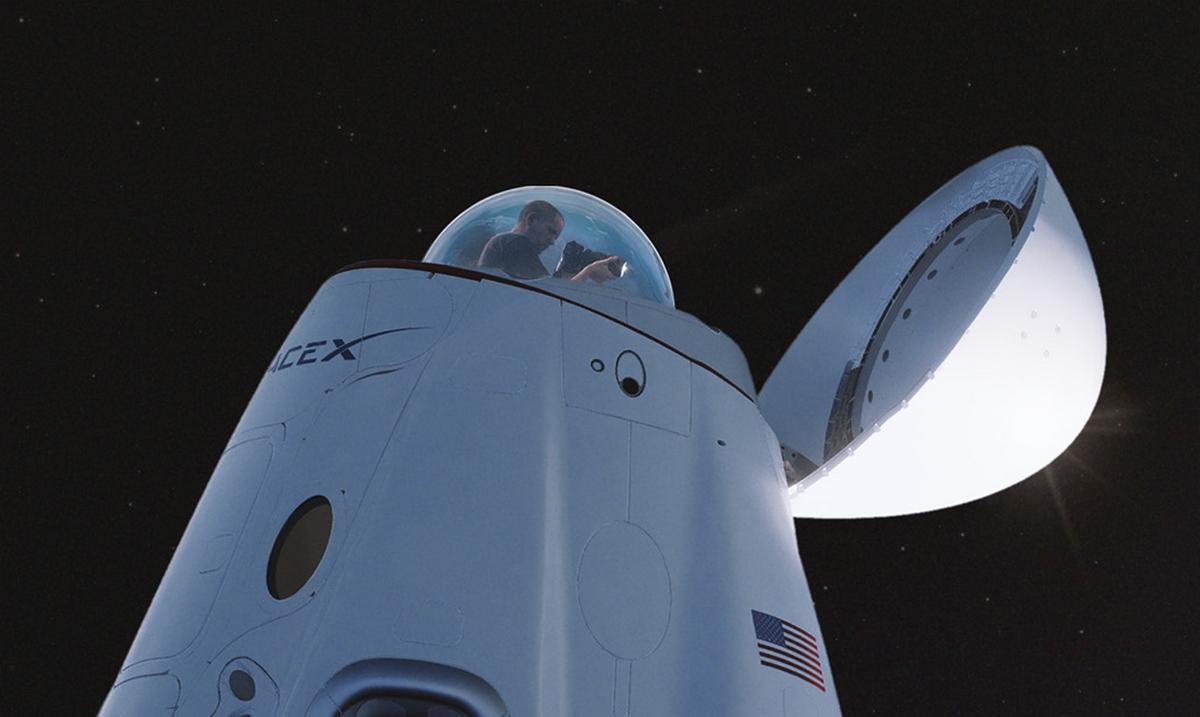 SpaceX shows its Crew Dragon ship for tourists, with a surprise on the tip of the rocket

Its rockets may not stop exploding, but SpaceX is already putting the finishing touches on its tourist space rocket.

If everything goes according to plan, on September 15, SpaceX will put four space tourists into orbit, whose names have become known today.

The mission will be called Inspiration4, and is promoted by billionaire and CEO of Shift4 Payments, Jared Isaacman, for charitable purposes. It will be the first mission in history where all astronauts will be civilians. They will spend three days orbiting the Earth.

They will travel to space in a modified Crew Dragon ship for tourists. SpaceX has unveiled its design, and it comes with a surprise: a glass dome at the top that will allow astronauts to contemplate space with a 360 degree view:

During takeoff, the glass dome will be protected by the rocket’s own metal casing, to withstand the enormous temperatures when crossing the atmosphere. Already in the emptiness of space, the dome will be exposed to get a unique view of our planet.

As we have commented, today they have been confirmed the first four space tourists that SpaceX will put in space, next September 15.

They will be the sponsor of the Inspiration4 mission, Jared Isaacman, accompanied by Hayley Arceneaux, a bone cancer survivor who works at the hospital that cured her. Also Chris Sembroski, an engineer at Lockheed Martin, and Sian Proctor, a geoscientist who works for NASA.

SpaceX has explained that la nave civil Crew Dragon That he will use in September will actually be the current module that is moored on the International Space Station, to bring back the astronauts.

They will recover it a few months before and install the glass dome, which is currently in the testing phase.

These civil space travel, as reported The Verge, are within the umbrella from NASA, which funded the Commercial Crew Program with $ 2.6 billion given to SpaceX and Airbus, to create space modules for commercial missions.

At the moment only SpaceX has its rocket ready to take off, as it already demonstrated by transporting astronauts a few months ago. The Airbus module is still under development.