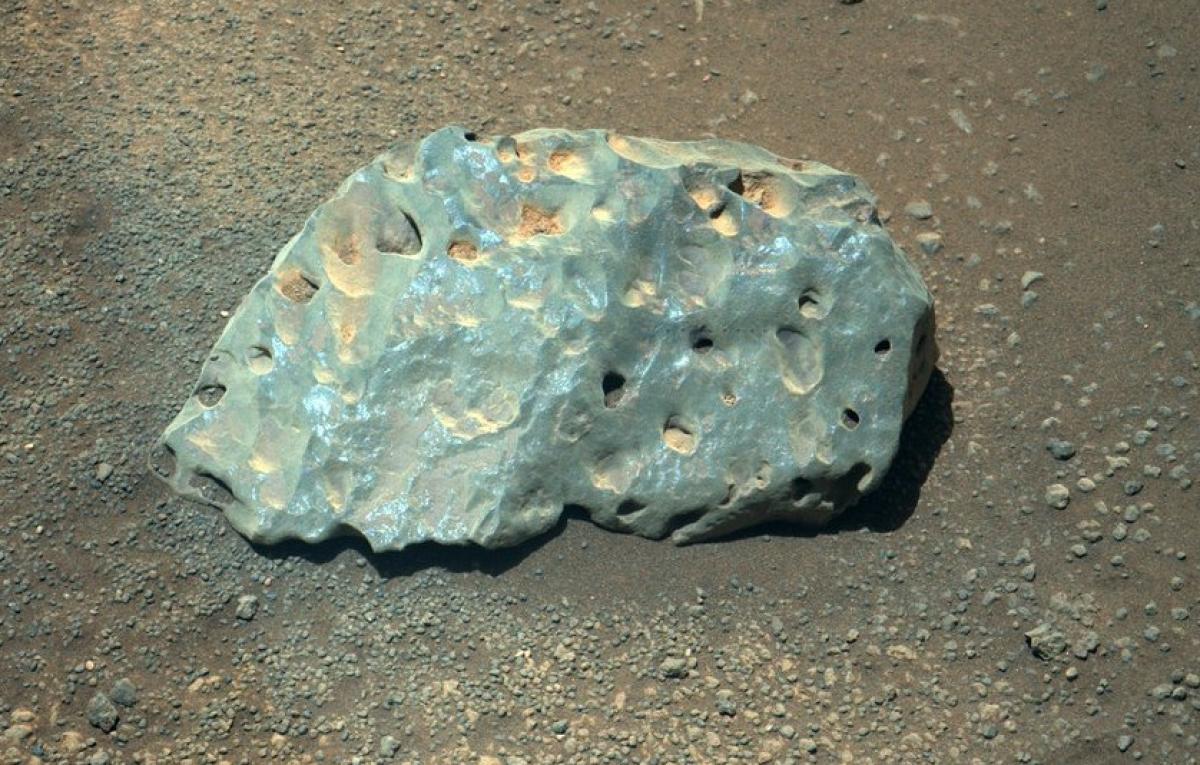 With a brilliant greenish-blue hue, this rock has piqued the interest of scientists following the progress of the Perseverance rover on Mars. They still don’t know how to identify it

NASA’s new rover on the red planet has found a somewhat interesting rock. After photographing and studying it with their laser, scientists on Earth are now working to determine with the data provided by Perseverance, what kind of rock is it and what is its origin.

Since it landed on the surface of Mars in February, the rover has sent a good number of data and photographs of the desert planet back to Earth. The latest “revelation” is this Martian rock that has generated several hypotheses.

NASA, through its different social networks, has clarified that it is an object only 15 cm long, about 6 inches. “If you look closely you may see the row of laser marks where I hit it for more information”Explains the rover himself on Twitter.

While the helicopter is getting ready, I can’t help checking out nearby rocks. This odd one has my science team trading lots of hypotheses.It’s about 6 inches (15 cm) long. If you look closely, you might spot the row of laser marks where I zapped it to learn more. pic.twitter.com/sq4ecvqsOu

“As the helicopter prepares, I can’t help but look at the nearby rocks. This stranger has my science team swapping a lot of hypotheses”He adds in the same tweet. In response to questions from other users, NASA has confirmed that they do not yet know its origin and composition.

Among the hypotheses is the idea that it could be a rock eroded by the landscape. Recall that the rover landed on a sediment area of ​​what was once a lake, undoubtedly the best place to find remains of life. With a small drill he extracts internal layers of the planet, which he stores in a capsule and, in a later mission, he will bring them back to Earth.

Another option is that it was a meteorite fallen from the sky and whose origin has nothing to do with the planet under study. It seems that the Perseverance mission is being fulfilled and with the samples it collects and its record of the mission day by day, it will be possible to better understand the history and evolution of the neighboring planet.

In India, if you are late with loan payments, the smartphone can start to block functions until it is no longer usable

5 noise-canceling Bluetooth headphones that surprise with their low price