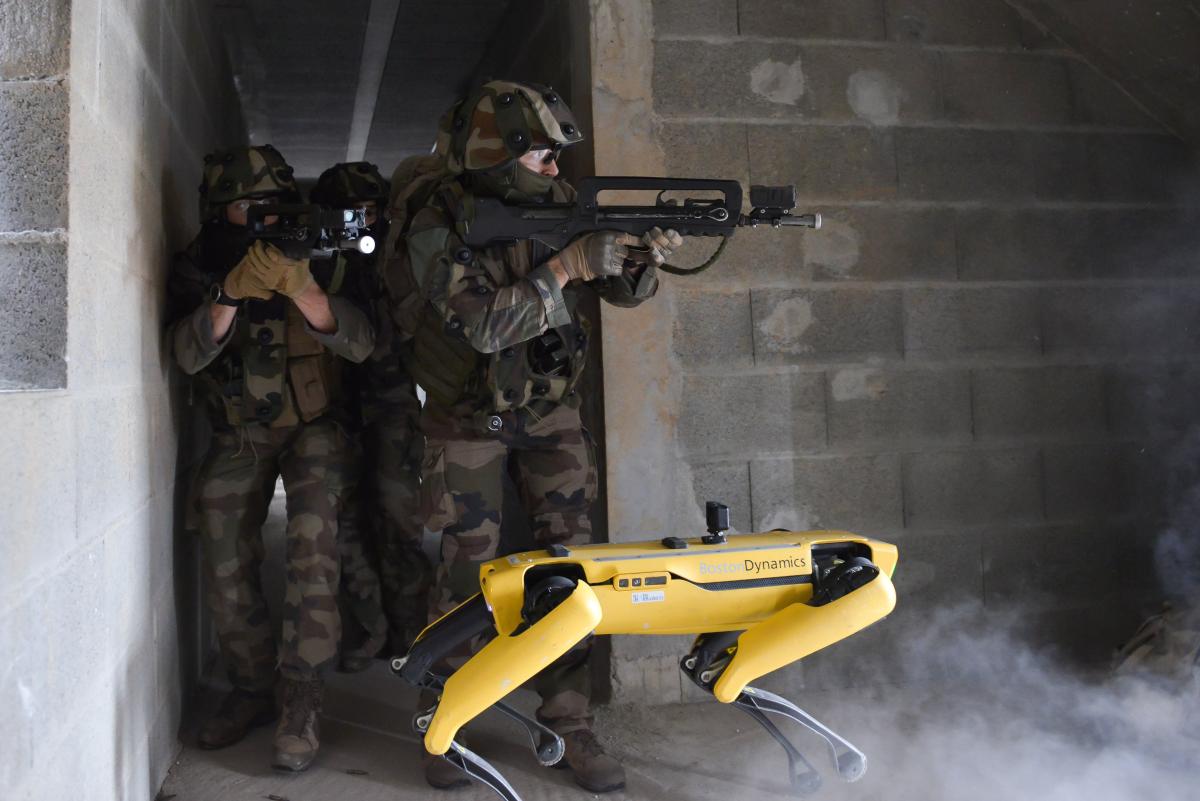 The well-known Boston Dynamics robot is being tested by the French army to recognize war scenarios.

We are not surprised that after being used by the police in the United States we now see a Spot model conducting tests with an army. This has happened in France and some images have been shared on social networks in which its use has been promoted. It is the first time that we find this robot in a simulation of a war scenario.

Spot’s appearance has been in the Special Military School of Saint-Cyr, an important army school in France. There it has been tested in various training exercises to assess the usefulness it can have for reconnaissance thanks to its ability to move through difficult terrain.

As collected in The Verge, the aim of these exercises is above all “sensitize students to the challenges of tomorrow” and go becoming familiar with the use of robots on war terrain for the future.

As reported, Spot has been used for at least two days and in different scenarios that included the explore terrain, defensive actions, and urban combat trials. In addition to training, the objective was also to analyze to what extent robots are useful in different situations.

In Boston Dynamics they had no knowledge of this activity and they affirm not knowing the agreements that have been reached in France with your European distributor. Before experiencing the current explosion of popularity, it was publicized that they did not want their robots to be used for war purposes, but there have been many changes in the company during these years.

If anything, it seems that using Spot is getting closer and closer to what many feared when the first videos began to be known in which he was seen walking, climbing stairs or opening doors. We have already seen him guarding parks, helping the police and in military tests, so everything indicates that he is going to continue on this path.

Find the keys with Find My, iPhones already have permission to search for products from other brands that you have lost