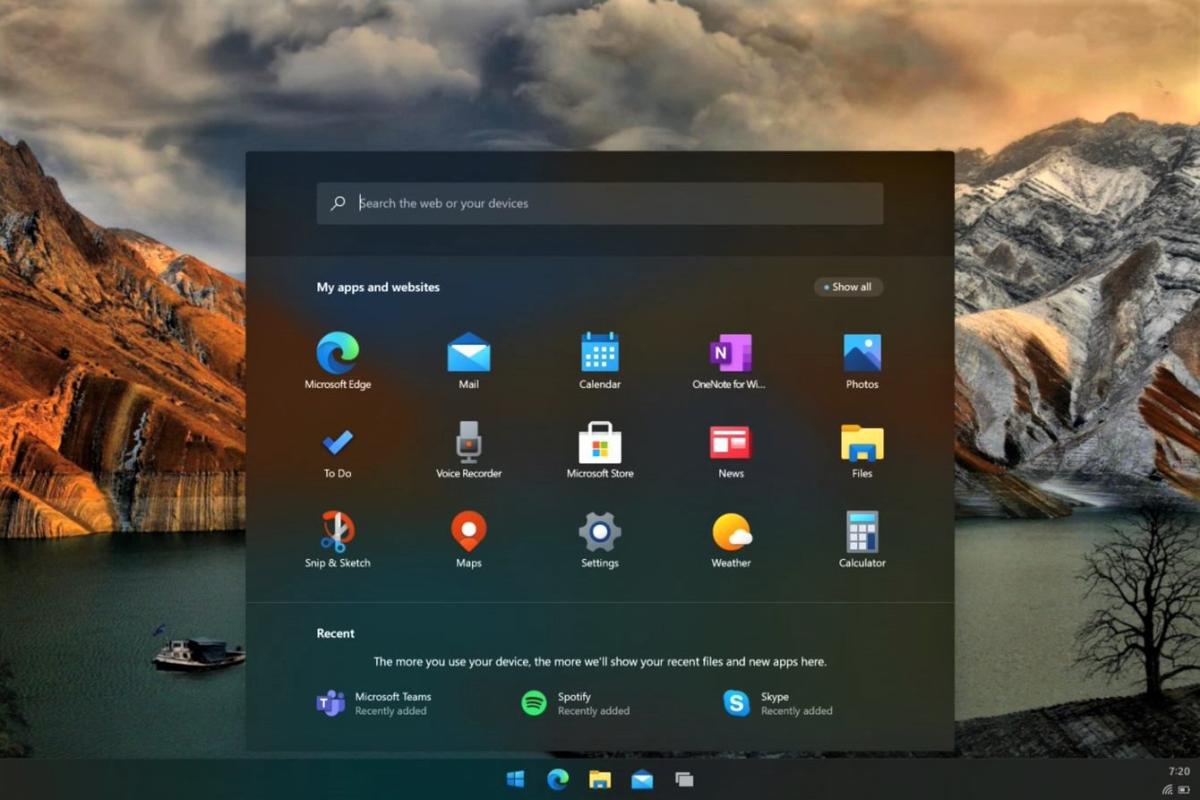 Despite not having come to light yet, Windows 10X already has a long history. Microsoft changes its mind from time to time, but this is what we know so far about its new operating system.

The idea of Windows 10X was born to support the new dual-screen devices that Microsoft had in development. However, with the passage of time it has been awarded other roles until it has become a strong candidate to replace Windows 10.

It is a totally new operating system, with an interface quite different from the one we currently enjoy and developed from scratch with more modern code. By having like base Windows CoreOS, it will get rid of many legacy elements of traditional Windows and will have significant security improvements.

The pandemic, as in the case of other brands, has forced many of the plans to be redirected. Windows 10X was introduced as an operating system for dual-screen products, then it was defined as the alternative to Google’s ChromeOS and in May 2020 it was announced that it would become the operating system for conventional computers. In the middle of 2021, there is still no clear date and Microsoft can still veer in other directions, but for now, this is what we know.

Windows 10 has many good things, but also a few that drive us crazy. We teach you how to deactivate them once and for all.

Windows 10X has a new start menu, search bar, section for installed applications and recent activities, among other things. The final design is ended up filtering months ago, so it was possible to get a clearer idea of ​​the differences that it will present compared to Windows 10.

By having to adapt to multiple device formats, Windows 10X has a more concise desktop as its new notification center that will not take up as much screen as the current one. The notifications will be separated from the multimedia controls, battery and other parameters that give more freedom for the user to manage the computer quickly.

Will also present dynamic backgrounds like those that are being presented in most phones on the market. Funds that change automatically throughout the day. It is an example of the details that Microsoft wants to apply in the future.

Finally, we should mention that the File Browser, a key element in the operation of Windows, will go from being part of the software to being synced with OneDrive to give more importance to the cloud. This feature is very reminiscent of ChromeOS style.

Unlike Windows 10, this new operating system will have stricter security measures. System files, application files, drivers, and the registry will be restricted so that neither users nor attackers can easily access it.

Special permissions will be required to access these files, including Windows 10X applications will run in a container also with special restrictions and permissions if you want to access functions external to that container. That is, the same security that has been applied to UWP applications in Windows 10.

This protection mechanism will also apply to Win32 applications such as Word, Excel, and other Office applications they will be isolated from the main system. In addition, Microsoft has recently explained that, initially there will be no support for Win32, although it is expected that over time it will be added again.

What’s more, Windows Update it will be even faster in this version of Windows. Feature updates will install in the background, requiring only a quick reboot when finished. This, according to the company, reduces the wait time to less than 90 seconds.

Windows 10 October 2020 Update is already reaching users. If you don’t have it yet, we explain how you can force its installation to download it instantly.

When will Windows 10X be available?

The official date to get to know this new operating system in first person is a mystery, it has changed so many times that it is difficult to point out an approximate date on the calendar. Some sources point out this spring while others do not expect any news until the second half of the year.

In any case, only new devices with Windows 10X expected by 2021 education and business markets that will not be directly available to consumers. No, you will not be able to buy a standalone version of Windows 10X to install on your current computer. It will be necessary to buy a Windows 10X device with it pre-installed.

In any case, the opportunity to acquire a computer with Windows 10X in the general market seems that will not arrive until 2022.