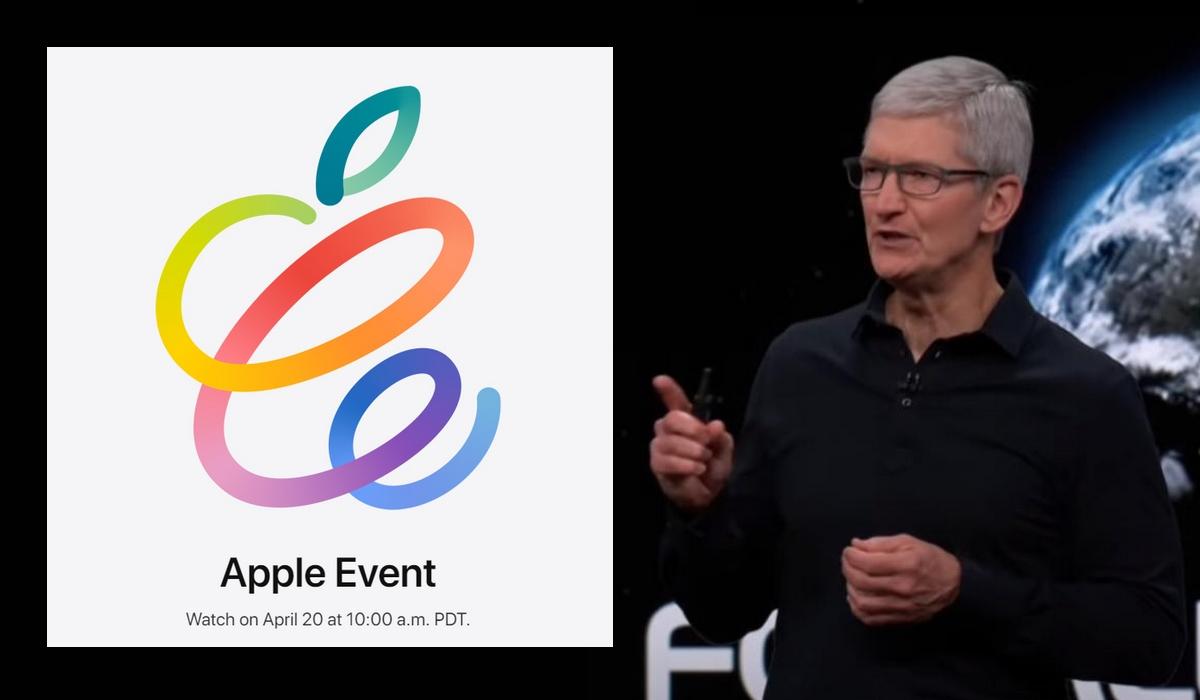 Siri herself released the rumor a few hours ago, and finally Apple has officially confirmed it. This month we will have a new “special event” from Apple.

In a somewhat unusual way, Apple revealed this morning the your new keynote. It occurred to someone to ask Siri when it would be, and to his surprise, Apple’s assistant revealed it before the press release itself: On April 20.

Two hours later, Apple officially announces it in his web page, also offering the time: Apple’s next special event will be on April 20 at 7:00 p.m. Spanish time.

Unfortunately it is the only official data that we know, because Apple has not released a pledge on what it will present. Although we have a few clues that have been revealed in recent weeks.

What we know for sure is that it will not be a keynote dedicated to iPhones, since traditionally they appear at the end of summer.

Everything points to the special event from Apple in April will focus on the new iPads, with some novelty as expected Air Tags. And maybe some home tech. It may even include a surprise in the form of new virtual reality glasses, or augmented reality glasses, which have been in development for years.

What we can almost take for granted is that on April 20 Apple will present new iPad models. In recent weeks there have been abundant leaks.

Just a few days ago the cases of the new iPad Pro and iPad Mini 6 from 2021 were leaked:

The image does not allow us to determine the size of the screen of the iPad Mini 6, but it is expected to be larger than the current model panel. Analyst Ming-Chi Kuo points out that the screen will be between 8.5 and 9 inches, while the specialized media Mac Otakara indicates that it will be 8.4 inches with much smaller bezels.

In the images we can also see the new iPad Pro from 2021both the 11-inch and 12.9-inch models. At first glance they seem to mount the same dual camera system with a LiDAR sensor that is expected to stand out less than in the 2020 models, although the images do not allow to appreciate it well.

This new Apple laptop already equips its own ARM processor, which provides more speed, lower battery consumption and a more affordable price than the previous model.

Analysts assume that Apple will also present a new processor that could be called A14X Bionic. It will have a similar performance to the M1 Silicon that has skyrocketed the power of Apple computers. What’s more, the processor upgrade will allow interoperability with Macs, making it possible to use macOS application on iPadOS and vice versa.

It is also expected that the new iPad Pro have 5G connectivity.

New rumors they affirm that we could see new family members: an iPad Mini Pro with 8.7-inch display without TouchID, and a cheap iPad with 10.2 inch screen.

One of the great novelties of Apple, which we will surely see in this keynote, are the new AirTags, devices used to locate objects. From the iPhone itself to any other to which we place an AirTag, such as car keys, a pet collar, etc.

Rumors claim that they will be sold in two different sizes, and will use Bluetooth LE and Ultra Wide Band to communicate with the mobile.

Each AirTag will have to be linked to the mobile, since logically we can only detect our own AirTags.

There is still a lot of hanging hardware, like new Mac computers equipped with the new ARM Apple M1 processors, or even a new Apple M2, O a redesign of the iMac, but we are less likely to see him at this event.

What’s more, the sixth generation of iPad TV, or the expected AirPods 3.

Possibly all this stays for the WWDC 2021 developer conference, announced for June, or for a new special event.

Remember, Apple’s new keynote will take place on April 20 at 7:00 p.m. Spanish time. We will tell you about it live, and we invite you to join us.