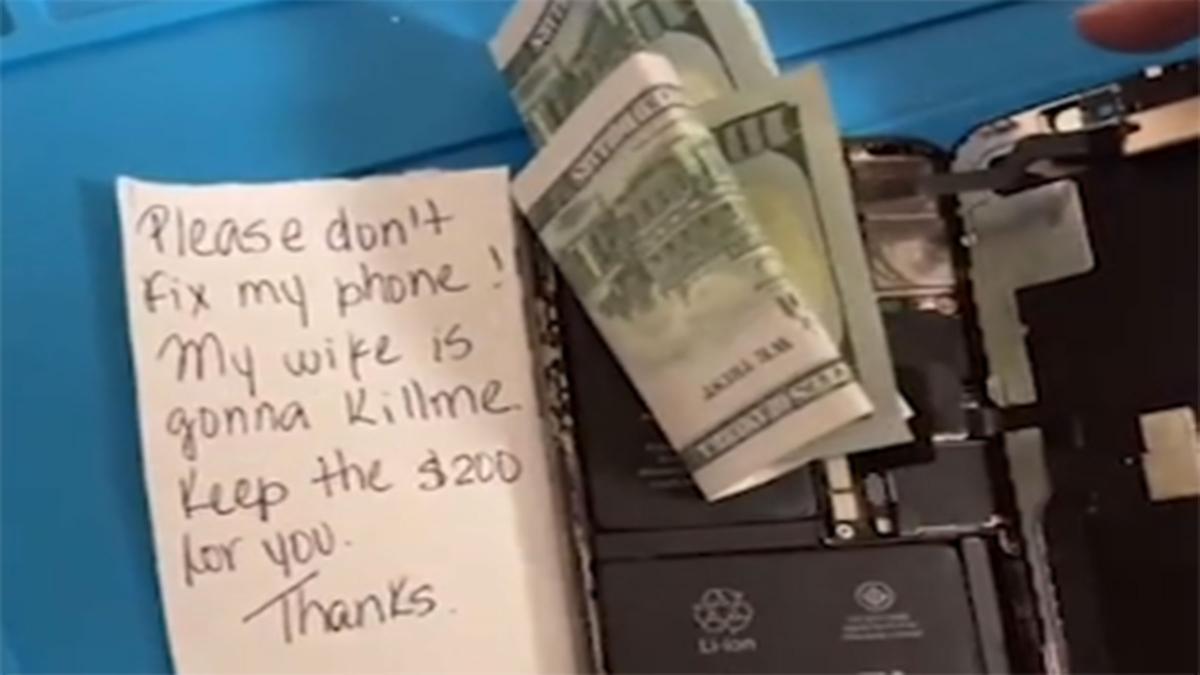 Technician finds a request and a small bribe inside an iPhone: what would you do?

Someone has hidden 200 dollars inside an iPhone, with a request that is going to leave you open-mouthed.

Our mobile phones serve us much more than to make calls, take snapshots or enjoy our favorite applications or games, and they also keep many secrets capable of breaking even our own marriage.

A user on TikTok, a supposed mobile phone repair technician, has shown his followers what he found inside an iPhone that he had to repair: a mysterious note and 200 dollars.

A worker in a mobile phone repair shop has found a note hidden inside an iPhone with a request that is going to surprise you. In this video shared on TikTok we see how the technician has to fix an iPhone that has a smashed screen, and when you open it to look inside, you find a curious note and $ 200.

♬ if its up then its yonce – Jurk

In the note, handwritten, it can be read that “please don’t fix my phone. My wife is going to kill me. Keep this $ 200. Thanks”.

It seems that the husband, who owns the mobile phone, has a series of secrets on his iPhone and is not interested in having the technician fix it, in case his wife ends up realizing certain information that could destroy their marriage. Although the technician has not said what he is going to do finally, yes, the user community has had several ideas, all totally opposite.

On the one hand, there are users who encourage you not to fix the phone, there are also others who say directly that you fix it and also inform the woman. Another encourages him to blackmail, fixing the phone, keeping the money, but then asking for much more money. Then there are people with good hearts, where they advise you to fix it, and erase all those alleged evidence of infidelity in order to save the marriage.

While there are many assumptions about it, this video currently has 1.6 million likes, almost 10,000 responses and it is being shared on a multitude of social networks. It is clear that, regardless of whether the technician fixes the phone or not, the client’s wife is going to end up realizing this matter.