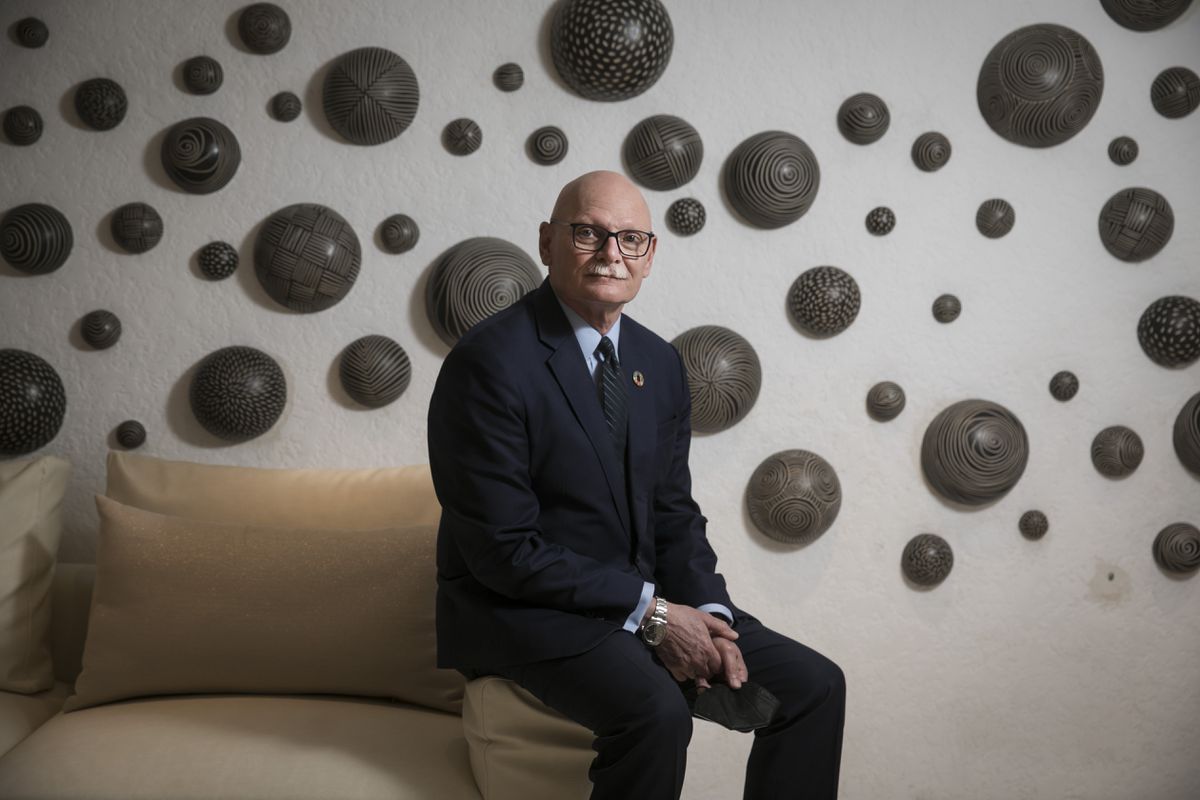 Hoffman (MWC): “In this Mobile we want to welcome more Spanish congressmen”

John Hoffman (Michigan, 1957), CEO of the GSMA, the mobile employers’ association that organizes the Mobile World Congress (MWC), is in Barcelona, ​​with the vaccine in place and convinced that the congress will start on June 29. If the beginning of the pandemic brought down the fair last year, Hoffman defends that with this edition the industry is reopening. He has met with the acting vice president of the Generalitat, the mayors of Barcelona and L’Hospitalet, and next week he will travel to Madrid, where he has appointments with ministers and Pedro Sánchez.

Question. Is it necessary for the Government to put an end to the state of alarm to do the Mobile?

Answer. I don’t think it’s necessary, but it helps a lot to get back to what we had before the covid. It is a positive sign that Spain, Catalonia and Barcelona are on the right track. The worst is over, we are heading towards a more optimistic future.

P. Will there be Mobile? Sure?

R. I am sure, unless the Government and the health authorities say that it cannot be held for health reasons. We work side by side on the hygiene and safety plan, we will do so with all the guarantees.

P. He has announced that there will be 50,000 congressmen.

R. I do not know. We know that we will not be able to have 110,000 people. The capacity is limited to 50,000. In previous editions between 25,000 and 28,000 visitors came from Spain. International mobility is very irregular, the Ministry has helped us with an authorization for highly qualified workers, where participants enter.

P. So trust the congress to the Spanish visitors.

R. We want to welcome more Spanish congressmen. We can welcome people who have had a difficult time before. The mobile industry is a relatively small community and MWC is attended by the sectors that surround it: healthcare, transportation, financial, industry.

P. Will customers be able to get there?

R. Yes, but not in the same amount as before. Senior officials will move, perhaps they are already vaccinated, but they will not send such numerous delegations.

P. To those who say that the Mobile will be “symbolic”, that it will not be used to do business, what would you say?

R. That opening the doors is a big step: reopening the Mobile and the congresses. We were the first to close: our greatest asset, being able to gather 100,000 people, became our greatest weakness. We feared contagions among the attendees. But last February, at the congress in Shanghai, we showed that we could gather tens of thousands of people in a safe environment. The companies were very satisfied. We are reopening the congress industry around the world.

“We are reopening the congress industry around the world”

P. They criticized him for canceling Mobile and now for doing it.

R. I have been criticized for many things. As an association that brings together the mobile sector, we do not do things for financial or political reasons, but for our ecosystem and our community, which includes the citizens of Spain. We want to be the pioneers again, innovate and reactivate an entire sector.

P. Are there figures for hotel reservations in Barcelona?

R. Yes. There are registered people who have already booked. Companies are very cautious now, but there will be pioneers who will move on, the ones who helped our industry to be born.

P. How do you see post-pandemic Barcelona?

R. It is obvious that there has been an impact in the commercial sector, the pandemic has affected us all. I see Barcelona very similar to how it was, but it will change, of course.

P. Do you think that the social and economic crisis has had an impact on the reputation of the city?

R. No. Covid-19 is not a local, regional or national problem, it is global. Nobody did anything, so there can be no repercussions.

“I can’t imagine this pandemic 20 years ago, without cell phones: a total stoppage”

P. Can you imagine this global pandemic without mobiles?

R. I can not. Although this past year has been very bad, I cannot imagine how it would have been 20 years ago, a total stoppage.

P. Have you paid compensation for the 2020 suspension?

R. Yes. We have had great collaborations and they have helped us, but it has affected us all. The GSMA is a sectoral organization, it has few sources to finance itself. We were in very good financial health, but we have been hit. We are half as big as we were.

P. Will there be MWC in February?

P. The pandemic has shown that we need to see each other, to meet. All this idea that the face-to-face Congress will disappear and will be online …

R. We have worked remotely and it works, but we need interaction, perceiving the nuances, feeling a connection, and that is what events like Mobile do.

A photo, Google Earth and satellite images: this is how they managed to geolocate a lost hiker