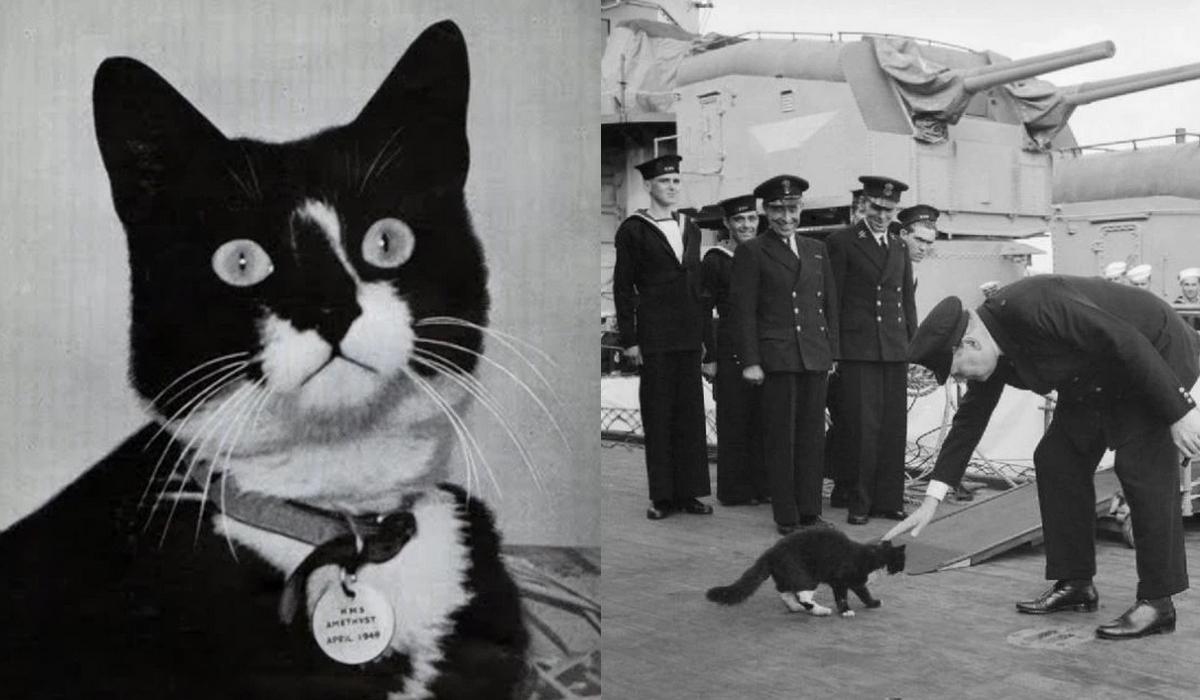 They say that cats have 7 lives, and this stubborn pussycat who refused to end up on the bottom of the sea, proved it.

There are many stories of heroic animals that survived or performed feats during WWII. One of the most curious is that of Sam the Immersible (Unsinkable Sam).

Sam was a cat that served on both sides of the Second World War, that is why on the allied side he is known by the name of Sam, and in the German with that of Oskar.

And what is the feat of this feline? Well neither more nor less than survive three warship sinks, floating on a board.

Account the history what Sam the Immersible It was a black and white cat that was shipped in the mythical German battleship Bismarck, in 1941. It was common to bring cats on military ships because they hunted rats and mice, and also kept company and helped reduce the stress of sailors.

Oskar’s stay on the Bismarck was brief: the German ship was sunk on its first mission, on May 27, 1941.

Only 118 of the 2,200 crew members survived. Among them Oskar the cat, which was found by the British floating on a board.

Oskar was christened Sam, and became the mascot of the British ship HMS Cossack, whose mission was to escort convoys in the Mediterranean.

But his new home ended up on the bottom of the sea just 5 months later: on October 24, 1941, HMS Cossack was torpedoed by a German submarine, and when they were taking it for repair it sank near Gibraltar. 159 sailors died but Sam, already converted into the Unsinkable, was transferred to the aircraft carrier HMS Ark Royal.

Unfortunately, warships were the least safe places in the world during World War II. Hundreds of them were destroyed, on both sides. Just a month later HMS Ark Royal was torpedoed, and sunk. Luckily it was a slow sinking and all the crew but one were saved. They found Sam, again, floating on a board.

The space race is littered with pioneers who risked their lives, and even gave it up in the name of science. Dogs, cats, chimpanzees, and even rats that traveled to space before humans.

The unsinkable cat, now a legend, he was transferred to HMS Lightning and HMS Legion. In 1942 and 1943 both ships were also destroyed, but Sam saved his life because the governor of Gibraltar decided to take him home a year earlier.

Eventually he traveled to the UK and lived carefree in the home of a sailor, until his death in 1955.

Sam the Unsinkable Cat became so famous, that there are even a painting of yours at the National Maritime Museum in Greenwich, UK.

This automatic pet feeder has a 3-liter tank to feed up to 4 meals a day. You can record a personalized audio to call your pet and have him come to eat at his turn.

We do not know if good luck, or his seven cat lives saved the life of good old Sam, but no other is known sailor that survived the sinking of three warships.

A story with a happy ending, which is how all good stories should end to leave a good taste in your mouth …