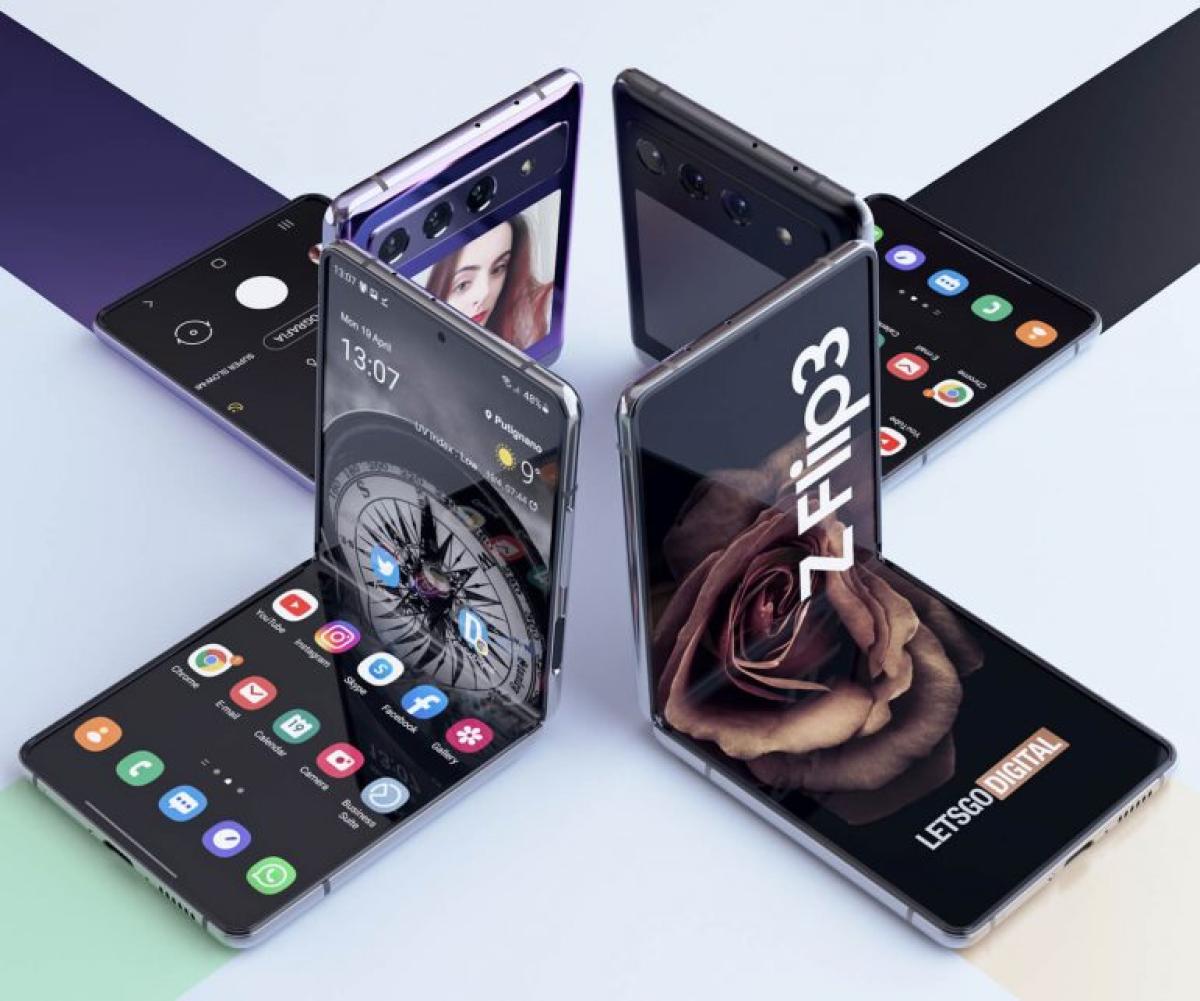 2021 can be a very important year for the folding mobile market and Samsung would seek to compete with Xiaomi’s Mi Mix Fold with the new Z Flip 3 and Fold 3. From Let’s Go Digital imagine what the new shell-type folding devices will be like. the South Koreans, with a larger outdoor screen.

Although we do not expect a presentation in the short term, It seems clear that Samsung will launch this 2021, at least, a new folding mobile. Samsung was not the first company to launch a folding, but it was the first to launch it with guarantees, since the Royole Flexpai left, due to being soft, a lot to be desired.

The first Galaxy fold became a mobile that attracted a lot of attention and whose model was improved with a Fold 2 that we liked a lot when we could test it. Of course, in 2020 they also introduced a new family, the Galaxy Z Flip, a folding mobile, but of the shell type, and it seems that the Korean company is very happy with that format.

And, there are various rumors and leaks that point to the launch of various models of the Galaxy Z Flip 3 (there is no Z Flip 2 because that ‘2’ is considered to be the 5G model of the original), so we could see a Galaxy Z Flip 3, un Z Flip 3 FE y un Galaxy Z Flip 3 Lite.

At the moment, there is nothing official and the launch is expected to be for the summer, but in Let’s Go Digital They have already imagined, based on leaks and reports, what the Galaxy Z Flip 3 will be like and, the truth, it seems to us a super-successful design.

And it is that, there will be changes both inside and outside. Inside we would have a 6.67 “AMOLED panel that would make more use of space, offering thinner frames and, in addition, taking the refresh at 120 Hz.

On the outside, however, this is where we see the most changes, as we would have something similar to what we saw on Motorola’s Razr, with a larger exterior screen to interact with.

Corning is already working on a flexible version of Gorilla Glass to incorporate flexible phones such as the Samsung Galaxy Fold and the Huawei Mate X.

Specifically, we would have a 1.83 inch panel which would serve more than the 1.1 “of the current model, which is used to see notifications type ‘search’ and little else.

Models with three cameras on the outside are also expected and, in addition, a makeover by offering a more … vivid and youthful color palette. This would be great if it goes hand in hand with a Lite or FE model with a price reduction.

The truth is that these Let’s Go Digital designs make us dream of the next Samsung folding, although we must not forget that a Galaxy Fold 3 is also expected and, in both cases, it seems that one of the company’s priorities Its the increase the resistance of your devices thanks to IP certification and better hinges.

What a Microsoft CPD is like inside: this is how Cloud regions are like the one to be installed in Madrid

Combining vaccines, a possibility that 600 volunteers are already testing in Spain