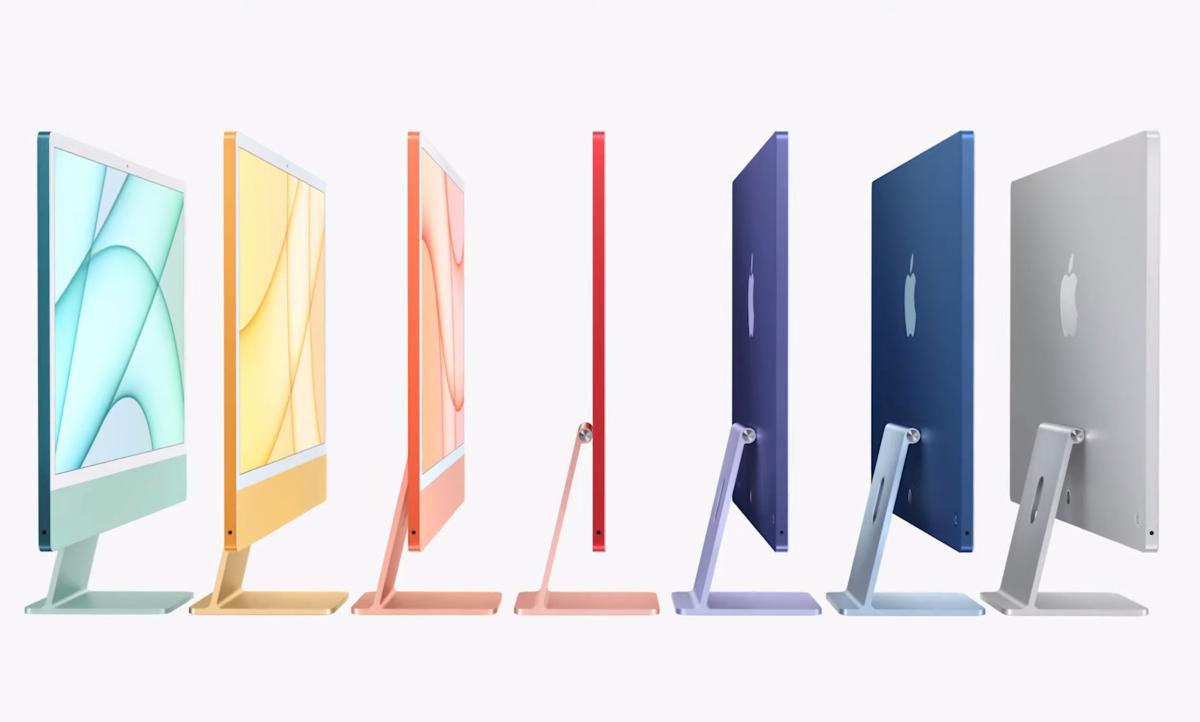 These are the iMac with Apple M1, an explosion of color

It has been difficult, but we already have the new iMac from 2021 here. They debut the new M1 architecture, and a very optimistic and colorful design.

As had been rumored, Apple has delivered and is finally revealing its new range of iMac computers for 2021.

If you don’t know them, iMacs are desktop computers where all the hardware is built into the monitor. For this new version, Apple bets on the ultra-thin screen design, available in striking colors.

Among the hardware novelties we have the new Apple M1 processor with ARM architecture, that leaves behind the processors of Intel and AMD. Other aspects such as the new TouchID button or the new sound system are also protagonists.

The 24 inch monitor it has a new Retina 4.5K display. Apple has placed on the front a new FaceTime HD 1080p camera, specially designed for video calls. It’s the best camera a Mac has ever owned.

To dissipate the heat in such a slim case they have devised a new ventilation system with two fans on the front.

A new Touch ID button on keyboard allows you to unlock your computer or pay in stores, just by touching a button.

But the star of the new hardware is, logically, eThe new Apple M1 processor with ARM architecture, which we already saw last year in the MacBook.

This low-power SoC features an 8-core CPU and GPU, improving the iMac’s graphics capabilities by more than 1,500%.

The new iMac with Apple M1 communicates with the world through a connector ThunderBolt / USB 4, and it comes with MacOS Big Sur pre-installed.

It can be booked from April 30th, with delivery the second half of May.